You don’t need to deprive yourself of pleasure or, worse yet, endure pain in order to live a healthy lifestyle. Why do you suppose that so many people find this hard to believe? Part of the reason is often because of disappointing experiences we’ve all had. I believe that many of these failures were likely prompted by poor advice provided by celebrated figures or so called authorities in the health care field. Then there’s the messages that we frequently see in advertisements for nutritional supplements, prescription medications, specialized exercise programs and even surgical procedures. The underlying theme is two-fold: 1) you need to buy something they’re selling in order to lose weight or otherwise regain your health; 2) you can try to do it on your own, but it’ll be very difficult and you’ll probably fail. To that, I say “nonsense”! 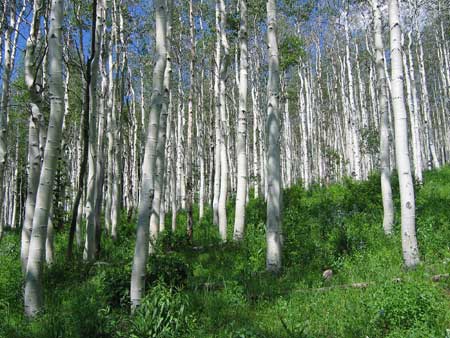 Before I go on, I want to address a widely held belief that can be extremely detrimental. Some experts cite facts and figures in order to make a case. They might tell you that a certain drug or therapy is necessary because without it, the statistics show that most people will not achieve the same health goals. There is value in understanding the probability of success. Numbers matter. They afford us an objective measure that can assist in making decisions. However, it’s vital to continually remind ourselves that we are not statistics. You and I and everyone we know are individuals who cannot simply be lumped into a generalized mass in order to make life and medicine seem more orderly or understandable.

Let’s get back to the topic of pleasure and wellness. Most people enjoy the occasional taste of sweetness in their daily lives. Upon first glance, this seems to fall into the category of short term satisfaction equaling long term danger. The majority of foods that we associate with sweetness tend to be linked to poor health – cake, candy, cookies, ice cream, pastries, soda, etc. But beyond that, the problem isn’t just sugar. Calorie-free, artificial sweeteners may not be a good alternative to plain old sucrose because there’s cause for concern about their overall safety. However you can take heart in recent evidence that suggests that certain natural, sugar-free sweeteners may allow for the best of both worlds. (1,2,3)

Xylitol is a natural sugar alcohol that is typically derived from birch trees or extracted from corn. It doesn’t have much of an impact on blood sugar levels because the body doesn’t absorb it very well. In the past I’ve mentioned xylitol as a safe and effective adjunct to promoting oral health. Several new studies add to the current level of understanding about this connection.

A new Italian trial enrolled 204 children in order to analyze the effects of xylitol-sweetened chewing gum on a few parameters related to tooth decay (plaque pH and salivary mutans streptococci levels). Over the course of 6 months, half of the study volunteers chewed the xylitol enriched gum and the remainder masticated a “non-sucrose chewing gum” without xylitol. Oral exams were performed at the beginning of the trial, after 3 months and at its completion. The children in the xylitol group demonstrated significantly lower plaque pH and a lesser population of mutans streptococci (MS), a bacterium which encourages cavities and gum disease. A Japanese study published in the January edition of the Journal of Dental Research takes xylitol research one step further. A group of 107 pregnant women with high levels of MS were asked to chew xylitol gum or no gum over the course of 13 months. The women began chewing gum at the 6th month of their pregnancy. Oral MS levels were measured in the expectant mothers and in their newborns until the infants were 2 years old. The babies who were exposed to xylitol via their mothers “were significantly less likely to show MS colonization” in their mouths. The researchers also noted that the infants not exposed to xylitol “acquired MS 8.8 months earlier than those in the xylitol group”. (4,5)

Erythritol is another natural sugar alcohol which has recently gained popularity because of its inclusion in a few mainstream stevia-based sweeteners such as Purevia and Truvia. Erythritol has several advantages over xylitol: 1) it’s less likely to cause gastrointestinal upset – even when larger quantities are consumed; 2) it has a glycemic index of 0, while xylitol registers at 13 and; 3) erythritol has recently been shown to possess potent antioxidant properties that may be of special benefit to diabetics at risk for cardiovascular disease. But, until recently, whether erythritol benefited oral health in the same manner as xylitol had not been established. Now, two new studies suggest that it does. In fact, one of the trials found that higher dosages of erythritol may be even more effective in the battle against S. mutans than xylitol. The practical implications of this finding remain to be seen.(6,7,8,9,10)

There’s an important side note that bares mentioning with regard to xylitol. It appears to be very safe in humans, but it can be deadly for dogs. Products containing xylitol can seem like appealing treats for pets, but, in reality, the ingestion of this sugar alcohol can result in a rapid surge of insulin production and a subsequent severe drop in blood sugar levels (hypoglycemia). Kidney and liver damage may also occur in instances of xylitol consumption. Please be aware of this risk and protect your pets accordingly. (11,12,13)

I chew a piece of spearmint xylitol gum after just about every meal. I also pop peppermint xylitol mints like they’re going out of style. I like the fresh, sweet taste and I’m confident that it helps to protect my teeth. But there’s a lot more to chewing gum than just working your facial muscles and supporting oral hygiene. As unbelievable as this may seem: chewing gum may help prevent one of the most common post-surgical side effects.

Postoperative ileus is a condition which refers to constipation and a loss of normal intestinal function. It turns out that chewing gum may be a cost-effective and safe way to reduce this unpleasant adverse reaction. The latest example can be found in a study conducted in the Department of Gynecology and Obstetrics at Tongji Hospital in Shanghai. 388 women who had undergone a cesarean delivery were asked to chew gum or not directly post surgery. The researchers instructed the participants to chew gum 3 times daily for at least half an hour at a time. The women in the gum chewing group found relief from gas pains about 5.3 hours earlier than the gum-free group. The percentage of women reporting “mild ileus symptoms” was significantly lower in the gum group as well. Some, but not all, research suggests that chewing gum may also shorten the length of hospital stays and lower the need for certain medications that are used to calm gastrointestinal distress (antiemetics). In summary, a recent trial published in the British Journal of Obstetrics and Gynecology concluded that, “Gum chewing after caesarean section is safe, well tolerated, and associated with rapid resumption of intestinal mobility and shorter hospital stay; with potential impact on reducing the overall healthcare costs in case of routine implementation”. (14,15,16,17)

If you need a few additional reasons to enjoy gum, you’ll find them in two new studies from Germany and the United States respectively. The German trial examined the effects of gum chewing in a group of 3rd graders (8-9 years old) during an “16 minute concentration test”. The scientists from the University of Oldenburg determined that masticating gum resulted in “a significant and positive effect on concentration performance”. While researchers from Texas Tech University substantiated and expanded upon a common conception about gum – that it assists with nicotine withdrawal. 24 cigarette smokers participated in a 24 hour abstinence experiment which included: a) a flavorless gum; b) a “flavor strip” which required no chewing and; c) a flavorful gum. Those chewing the flavorful gum were more like to abstain from nicotine during the test period. Therefore, the authors of the study commented that “chewing gum appears to be useful in lessening the severity of nicotine withdrawal symptoms over a 24 hour period of nicotine abstinence and that it is a combination of flavor and chewing that appears to lead to this effect”. This seemingly inconsequential tip could make the difference between lighting up a smoke or putting down a pack of cigarettes during the earliest stages of a smoking cessation program. (18,19)

Truth be told, I probably wouldn’t chew xylitol gum or use copious amounts of xylitol mints if they didn’t taste good. The same goes for recipes in which I include erythritol. I think the taste is quite good and I value the potential health benefits. That’s why I wanted to share this current research with you. It is indeed possible to find natural foods and ingredients that please your palate and support wellness. Sometimes it requires some trial and error in order to find them. But if you approach this with an adventurous spirit and a modicum of patience, you just might end up with the ultimate sweetener – one that has no aftertaste and inspires no regrets.