If you’ve ever listened to talk radio on the weekends then you’ve probably come across more than a few infomercials selling so-called “nutraceuticals”. Nutraceutical is a term that marries the words “nutrition” and “pharmaceutical”. A common feature of these sales pitches is to offer a money back guarantee. This is an attempt to address the widespread skepticism of many people when hearing programs that pitch products that seem too good to be true. 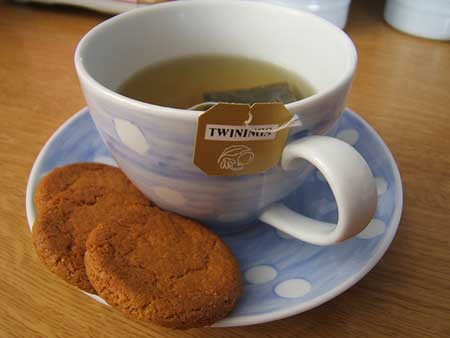 Medical procedures and prescription drugs don’t need to offer money back guarantees in order to inspire confidence. Doctors, pharmacists and surgeons aren’t required to be good salesmen because what they’re offering has the government’s official stamp of approval. Patients know that physicians can’t prescribe just any chemical and surgeons aren’t allowed to apply a scalpel like an artist wields a paint brush. Drugs and procedures need to be classified as legitimate by a governing body prior to widespread application in the modern medical system.

Regardless of public perception, the bottom line is that both alternative and conventional techniques will never be successful 100% of the time. The best you can hope for is to select health care options that have the best track record possible. This is true when considering medications, practitioners, procedures and supplements. In essence, our job as patients is to ask pointed questions and make medical choices based on the most reliable evidence we can find.

An herbal supplement known as Umcka (Pelargonium sidoides) is an example of a natural remedy that has a strong track record to support its use. In an October column, I documented several studies that illustrate Umcka’s success in managing upper respiratory infections and beyond. Now, a new trial adds more credence to this South African botanical. A standardized P. sidoides supplement (EPs-7630) was recently tested in a group of 400 adolescents and children with bronchitis. The goal of the particular trial was to determine the optimal dose of EPs-7630 and to evaluate its safety and efficacy over a 7 day period.

The side effects were comparable among the placebo and all EPs-7630 groups which indicates an excellent safety profile. In summary, the authors of the study stated that, “EPs-7630 significantly reduces the severity of symptoms, leads to a more favorable course of the disease and a faster recovery from acute bronchitis compared with the placebo, and is well tolerated”. (1)

A new study presented in the December issue of the Journal of Medicinal Food contends that a combination of red ginseng, Corni fructus and Torilus fructus may turn out to be a bona fide anti-aging supplement in the fight against wrinkles. 82 women, aged 40 and up, were asked to take a placebo or 3 grams of the ginseng-based blend for 24 weeks. Before and after testing revealed that the active treatment group demonstrated an improvement in facial wrinkles and several objective measures of skin tissue integrity – “type 1 procollagen gene and protein expression, MMP-9 gene induction was prevented, and fibrillin-1 fiber length was elongated”. The photoaging benefits noted in this pilot study prompted the researchers to conclude that this herbal blend appears to be an effective “beauty food”. (2)

The next two trials may be a sign of things to come in the field of integrative medicine. They both compare the relative efficacy and safety of condition-specific treatments. In one instance, two well-established natural remedies are pitted against each other. In the second case, a best selling drug is put to the test versus a similar but all-natural supplement.

Ginger is perhaps the most widely utilized natural remedy to address pregnancy related nausea. Vitamin B6 is also commonly used for this same purpose. An Iranian experiment recently compared the efficacy of these two treatments in a group of 69 women suffering from “nausea and vomiting in pregnancy”. The dosage employed in the study was 40 mg of Vitamin B6/day or 1 gram of ginger/day. The expectant mothers were divided into two groups and asked to use one of the two remedies for 4 days. Nausea severity and vomiting episodes were recorded just before, during and up to 7 days after the treatment period. Both groups found similar effects in relation to vomiting episodes. However a larger number of the ginger volunteers (29/35) noted greater nausea symptom reduction vs. the Vitamin B6 participants (23/34). (3)

Scientists at the University of Pennsylvania School of Medicine just published a study in the American Journal of Cardiology evaluating the effects of a natural statin supplement (red yeast rice) vs. a synthetic statin medication (pravastatin/Pravachol). The current trial focused on 43 adults who were classified as “statin-intolerant”. In other words, these patients had previously used other statin medications and could not tolerate the side effects. Half of the test subjects were given 2,400 mg red yeast rice, twice daily. The remaining participants were asked to take 20 mg of pravastatin 2 times per day. The 12 week trial also required that both groups enroll in a “therapeutic lifestyle change program”. The primary outcomes of the research are as follows: a) the red yeast rice group demonstrated a lower rate of medication related myalgia/muscle pain (1 patient out of 21) as compared to 2/22 in the pravastatin group and; b) those receiving the red yeast rice found a 30% reduction in LDL (“bad”) cholesterol vs. a 27% drop in the pravastatin volunteers. These findings point to a possible yet minor benefit of using red yeast rice as an alternative to prescription statin medications. (4)

By presenting the previous studies, I’m not recommending or suggesting that you necessarily incorporate any of these remedies into your wellness routine. That’s not my purpose with this column or any of my blogs. My goal is simply to provide you with scientifically based information that you and your heath care team can use to make more informed decisions. If I’m successful in accomplishing that, I’ll be truly satisfied and I hope you’ll be better off.


11 Comments & Updates to “Herbs for Bronchitis, High Cholesterol and Wrinkles”