Within every living flower, plant and seed there is a complex factory fast at work. The goods manufactured have one basic goal in mind – to ensure survival. In this way, human beings are quite similar to the inhabitants of the botanical world. But, when we think of ourselves, we tend to focus on the external characteristics or feelings and thoughts that we experience. Rarely do we contemplate the broad array of natural substances that travel through the bloodstream, reside in organs and otherwise populate the inner metropolis that is our physiology. That specific type of curiosity is almost exclusively the domain of physicians and scientists. 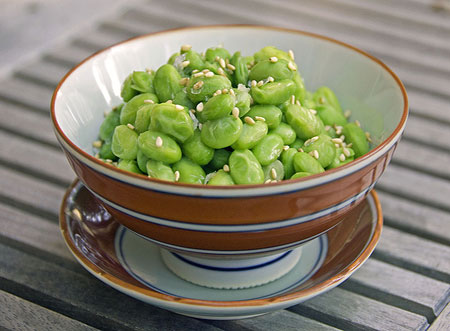 Isoflavones are chemicals produced by plants in order to repel fungi and microorganisms that can endanger their existence. But these very same substances, often referred to as “phytoestrogens”, can affect the human body in a much different way. Over the past few decades scientists have been investigating the role that these plant-based estrogens may play in the prevention of cancer, cardiovascular disease and much more.

Ever since the early days of research into isoflavones there’s been a certain level of controversy associated with their use. Some physicians believe that such phytoestrogens may disrupt the normal processes of the body if used in larger quantities. Other authorities take the position that isoflavones are perfectly healthy in the context of a well balanced diet, but shouldn’t be used in abnormally concentrated amounts. Finally, there are some experts in the field of natural medicine and nutrition who are true advocates of phytoestrogen therapy. They believe that plant derived estrogen is a gentler and safer way to assist the body in coping with hormonal changes/imbalance as compared to conventional hormone replacement therapy. (1,2,3)

Because this is an ever evolving field of study, I’ve decided to update my current understanding of this topic. In order to do so, I’ll be reviewing some of the most recent human and animal studies involving isoflavones from a variety of dietary sources.

Let’s begin with a study presented in the January edition of the journal Metabolism. This clinical trial helps clarify the effects of soy isoflavones on cholesterol levels. 11 men and 12 women took part in this experiment that examined the impact of three different dietary interventions on lipid levels. All of the participants were classified as having high cholesterol (hyperlipidemia) at the start of the study.

A group of researchers, from the University of Toronto, analyzed the results of the experiment and determined that the combination of soy isoflavones + the prebiotics yielded the greatest cholesterol lowering effect. Specifically, a significant drop in LDL (“bad”) cholesterol and a hike in HDL (“good”) cholesterol was documented. These same benefits were not reported when the participants were using the dairy + prebiotics or soy + placebo diets. The authors of the study speculate that the fermentation provoked by the prebiotics may have enhanced the absorption and activity of the isoflavones naturally present in soy. (4)

Another trial from December 2009 concluded that isoflavones in red clover could effectively alter the cardiovascular risk profile in 40 healthy postmenopausal women. Over the course of 12 months, the women demonstrated a statistically relevant decline in LDL, total cholesterol and trigylceride levels. Like the previously mentioned study on soy + prebiotics, the volunteers using red clover isoflavones also found an elevation in HDL cholesterol. According to the scientists involved, no significant side-effects were observed over the course of the 1 year trial period. (5)

The combination of soy isoflavones and prebiotics was also the spotlight of the February 2010 edition of the Journal of Medicinal Food. However this time, the focus was on bone health. Researchers from Florida State University discovered that a blend of genistin, an isoflavone found in soy, and a prebiotic known as fructooligosaccharides (FOS) was more effective than soy alone in promoting enhanced bone density in a group of menopausal (ovariectomized) rats. This news is particularly welcome at this time because the most recent human study examining soy found relatively disappointing results. In that case, only a small gain in neck bone mineral density was reported based on a 3 year trial period. It’s not guaranteed, but it’s possible that the addition of prebiotics to soy could improve the outcome for women hoping to benefit from soy isoflavones in relation to osteopenia and osteoporosis. (6,7)

There’s an interesting side note to the isoflavone-bone connection. A group of scientists from the Department of Food Science & Technology at the University of California recently announced that beers rich in hops may assist in promoting a healthy skeletal system. The reasoning behind this speculative claim is that such beers are a rich source of the trace mineral silicon. Beyond that, the form of silicon found in hops-rich brews is a particularly bioavailable form known as orthosilicic acid. But there’s another reason why hops-based beverages and extracts may support bone integrity – hops are a plentiful source of isoflavones. (8,9,10)

A quick survey of the current isoflavone landscape reveals one seemingly positive development and few disappointments. On the positive side, a new Australian and Japanese study both suggest that regular consumption of dietary isoflavones may help protect against chronic obstructive pulmonary disease (COPD) and lung cancer. The COPD investigation involved a total of 618 patients – 278 with COPD and 340 healthy “controls”. A careful analysis of the participants’ dietary patterns revealed that those with COPD “had significantly lower habitual intakes of isoflavones”. A much larger study that included over 76,000 older men and women looked for a correlation between diet and lung cancer incidence over the course of 11 years. Researchers from the National Cancer Center in Tokyo, Japan observed that the men and women who did not smoke and regularly ate soy were much less likely to develop cancer than those who didn’t smoke but infrequently consumed isoflavones. This conclusion was based on the results of a food frequency questionnaire that included 138 food items. (11,12)

I’m sorry to report that supplementing with soy isoflavones does not appear to reduce appetite or promote fat loss in postmenopausal women. A new study in the February 2010 issue of Menopause bursts that bubble. 229 healthy, older women were given either a placebo, 80mg or 120mg of soy isoflavones for 12 months. No changes were detected with regard to body composition (lean body and fat mass) or in the levels of appetite-related hormones (adiponectin, ghrelin, insulin or leptin). Speaking of insulin, soy protein doesn’t seem to improve the health of those with type 2 diabetes either. So says a recent Canadian paper published in the British Journal of Nutrition. Soy protein was not found to be superior to milk protein in a crossover study conducted on 29 type 2 diabetics. No meaningful differences in fasting blood sugar, HbA1C and insulin resistance or sensitivity were uncovered. However it’s worth noting that some experts believe that fermented soy products may be more successful in the natural management of diabetes than conventionally processed soy. (13,14,15)

Soy Isoflavones Tend to Concentrate in the Prostate Gland

One of the most popular uses of soy extracts is in the management of menopausal symptoms. The most recent trial that examined this issue took place in the Gynecology and Obstetrics Department of San Raffaele Hospital in Milano, Italy. 180 women with ages ranging from 40-65 took part in the study. All of the participants reported having at least 5 episodes of hot flashes within the 7 days preceding the start of the trial. Half of the female volunteers were given 80mg of isoflavones (containing 60mg of genistein) or a placebo for 12 weeks. The women receiving the soy extract reported a 36.2% reduction in “moderate-to-severe hot flashes” at the 6 week mark and a 41.2% decline by week 12. There was also a relatively high response rate in the placebo group (24% and 29.3% respectively). However, the researchers conducting the experiment still felt that the soy isoflavones should be considered for “the management of hot flashes in postmenopausal women not treated with hormone replacement therapy due to their superior efficacy to placebo and a very good safety profile”. (16)

The most intriguing discovery I made while researching isoflavones has to do with coffee – a favorite subject of mine. It turns out that coffee can be a bountiful source of isoflavones. New research out of Portugal explains that the way coffee is brewed, roasted and the species of coffee used are all important determinants of isoflavone concentrations. For instance, 30 mL of “100% arabica” espresso contains about 40 mcg of isoflavones. The same amount of “100% robusta” espresso yields roughly 7 times that amount. In general, it was found that espresso contained larger quantities of isoflavones such as daidzein, genistein and formononetin than “press-pot coffee” or “filtered coffee”. (17,18)

So far today, I’ve mostly focused on soy’s potential in female related health issues. However, the coffee/isoflavone issue may also be particularly relevant for men. Some evidence suggests that dietary phytoestrogens tend to concentrate in prostatic tissue – the significance being that isoflavones may possess direct and indirect anti-cancer properties. If you couple this understanding with a recent report that linked heavy coffee intake with a “60% lower risk of aggressive prostate cancer”, it really makes you wonder whether coffee may one day assume a leading role in the natural fight against prostate cancer. (19,20,21)

What I’ve found in compiling today’s column is similar to the discoveries I’ve made in the past about isoflavones. These phytochemicals cannot be easily classified as dangerous across the board, largely ineffective or outright panaceas. Authorities who espouse any of those positions are simply not looking hard enough for the facts. I’m sure that there are people out there who ought to avoid phytoestrogens altogether. I’m also convinced that you can live a perfectly healthy life without trying to include plenty of isoflavones in your menu plan. But I’m equally certain that isoflavones can provide a therapeutic effect under select circumstances as well. I think the best plan of action is to continue to research these complex substances in order to scientifically identify how and when to best utilize them. Thankfully, I’m not alone in this point of view. As I type this, there are multiple studies currently under way that will undoubtedly help clarify many of the questions we all have about isoflavones. I’ll make sure to keep an eye and ear out for what that research reveals and you can count on me to report whatever I discover right here.