There’s an old joke that goes: “If you want to hear God laugh, make a plan”. In November I hatched a plan to conduct a pilot study on a traditional herbal tea. The objective of the preliminary, mini-trial was to determine whether an herbal blend known as SLP Tea could help promote better sleep quality in a handful of my readers. I didn’t hear any divine chuckles, but not everything turned out quite as I had hoped. Initially, I enrolled 6 volunteers into my experiment. 3 of the 6 were ultimately able to comply with all of the guidelines I set for the study. 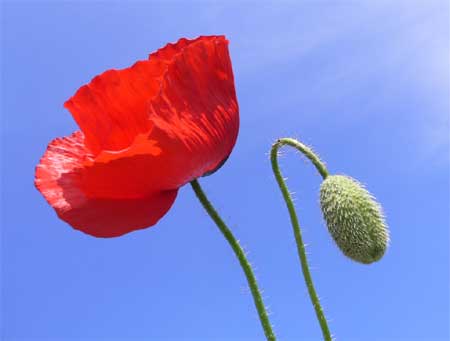 Here’s the basic overview of the framework of the trial: A representative of Kroeger Herbs provided me with 6 (free) boxes of SLP Tea. I requested the assistance of 6 Healthy Fellow readers and subsequently shipped them: a) a 30 day supply of SLP Tea and; b) a copy of a standardized sleep test known as the Pittsburgh Sleep Quality Index (PSQI). The study volunteers agreed to fill out a PSQI before and after using the tea for 14 consecutive days. I personally tallied and compared the before an after test scores.

Before I reveal the actual findings of the study, it’s imperative that I point out several key factors involved in the research. This variety of trial is commonly referred to as an “open-label” study. In other words, the participants knew what they were taking and understood the intended effect of the test preparation. This is not an ideal situation because it may encourage a “placebo effect” which can confound the outcome. However open-label research is often used as a starting point when investigating natural medicines because it isn’t expensive and the testing can usually be completed rather quickly. In addition, if such initial testing yields poor results, it typically suggests that further experiments will also provide disappointing conclusions.

* One of the test volunteers initially expressed concern about the inclusion of poppy flower. I contacted Kroeger Herbs and was told that “The poppy flower used in the tea is actually derived from a different species than the flower with opioids”. The Kroeger representative went on to add that those using the tea “will not have any issues with drug tests”.

Let’s briefly examine the scientific evidence behind the ingredients used in SLP. Please be aware that the product itself doesn’t appear to be formulated as a cutting-edge sleep supplement. Many of the herbs used in the SLP blend are generally considered traditional remedies that have been passed down from generation to generation without much scientific involvement at all.

The Pittsburgh Sleep Quality Index includes a total of 18 questions that assists individuals and researchers to establish a picture of overall sleep quality. Some of the questions posed have to do with physical aspects of sleep comfort such as the average number of overnight bathroom trips, feeling too cold, hot or sensations of pain, psychological variables including anxiety and bad dreams, and more direct reflections of rest quality i.e. sleep latency, the number of waking episodes during the night and the frequency of sleep medication use.

Apart from changes in the pre and post-trial scoring, the study volunteers also provided some additional data that is noteworthy. Volunteer #1 averaged almost 3 additional hours of sleep per night during the treatment period. She also reported falling asleep within 5-10 minutes while using SLP vs. 20-30 minutes without the tea. Volunteer #2 documented an additional half hour of sleep per night. In a follow up e-mail, this gentleman commented that, “The biggest and most important change that I have experienced since using the tea is a big improvement in the quality of sleep. I have been falling into a deeper sleep and upon waking I feel more refreshed than before using the tea”. He also observed having more vivid dreams while consuming the tea. Volunteer #3 reduced her sleep latency from about 30 minutes pre-tea to 10 minutes while using the SLP herbal blend. She also documented sleeping about 2 additional hours per night.

Mrs. Healthy Fellow and I experimented with the tea as well. I personally did not observe much of an effect on my own sleep quality. However my wife did note that the tea appeared to help her fall asleep faster and rest more deeply. Through a little trial and error, we also discovered a way to improve the mildly bitter, floral taste of SLP – by adding a generous squeeze of organic lemon juice and a sugar-free sweetener, such as stevia. This latter point can make a big difference in terms of long term compliance. Some people simply will not drink an herbal brew if they don’t enjoy the taste.

Although this trial didn’t go entirely according to plan, I still consider it a success. Based on this highly preliminary research, it does appear that SLP Tea promotes positive changes in sleep quality. Furthermore, it’s possible that these effects are more easily identifiable in female users. I offer my sincerest thanks to the three anonymous volunteers who helped to make this pilot trial possible. I also wish to thank Blake Smith of Kroeger Herbs for providing the tea used in the study. In closing I want to offer a brief reminder of my personal philosophy about sleep: It’s always best to try to address the root cause of sleep disturbances – be it pain, a lack of physical activity or psychological stress. There’s no good sense in ignoring a mental or physical stressor while trying to cope with it in the long term by using a natural or synthetic sleep remedy. This is not the holistic way of doing things. However, if you’ve tried to address the reason for your poor sleep quality and you still need added or occasional support, then I would personally look for a natural, safe remedy before reaching for an over-the-counter or prescription sleep medication. I hope the findings of this pilot, herbal sleep study will provide you with additional information that will help you and your physicians find the best possible option in your case.