I’m going to end this week by engaging in some good ol’ fashioned mythbusting. Have you ever heard a doctor emphatically state that you should never combine nutritional supplements and conventional cancer treatment? How about all those so-called experts who tell you that eating lots of fat will put you on the fast track to chronic disease. Are they as right as they think they are? I’m sure many of you have been made to believe that skin care creams sold by dermatologists are more effective than those you can buy at your local supermarket or the cosmetics counter of your pharmacy. Let’s put that notion to the test. Finally, can we at least agree that chocolate is fattening? I mean come on! Everybody knows that! It’s time to reconsider what we’ve been taught and take a closer look at what the real scientists are actually trying to tell us. 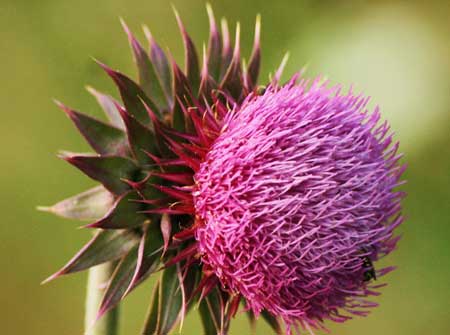 Myth #1: Never Mix Herbs and Cancer Treatment – A study presented in the January edition of the journal Cancer put this controversy to the test. A double blind, placebo controlled study investigated the effects of a milk thistle extract vs. a placebo in a group of 50 children being treated with chemotherapy for acute lymphoblastic leukemia (ALL). After 56 days of treatment, those using milk thistle “had a significantly lower AST and a trend toward a significantly lower ALT”, two liver enzymes used to measure hepatotoxicity. In addition, Siliphos, the milk thistle extract used in the trial, didn’t counteract the effects of chemotherapy. It’s important to note that this was a preliminary investigation and researchers are urging subsequent research to determine the optimal dosage and duration of milk thistle treatment. Further inquiries need to establish whether the use of this herbal remedy will have any meaningful impact on survival outcome as well. (1)

I’m not suggesting that supplementing with herbal remedies is always or even frequently appropriate when undergoing conventional medical treatment. This is a matter that needs to addressed on a case by case basis in conjunction with qualified medical professionals. The study I just referenced is simply an example that illustrates how certain herbs *may* be useful as an adjunct to standard care.

Myth #2: High Fat Diets Are Dangerous – Two new studies suggest that very high fat, low carb diets are safe and effective ways of controlling epilepsy in children. This finding is partially based on a review of youngsters who were treated at Johns Hopkins University between the years 1993 and 2008. Ninety six percent of the children who are no longer on a high fat diet stated that they “would recommend the ketogenic diet to others”. The doctors overseeing the review concluded that “The majority of subjects are currently doing well with regard to health and seizure control”. A recently published Danish study determined that a ketogenic diet could produce a satisfactory response in 66% of epileptics who previously did not find success with prescribed medications. These patients were classified as having “severe, pharmacoresistant epilepsy” and exhibited treatment success, assessed as by a 50% or greater reduction in seizures, within a 3 month period. (2,3)

Myth #3: Prescription Skin Care Products Are Always Superior – An over the counter skin care program (Olay Professional Pro-X Age Repair Lotion + Wrinkle Smoothing Cream) was recently compared to a medicated cream (Renova/Tretinoin) which is “considered the benchmark prescription topical therapy for improving fine facial wrinkles“. 196 women aged 40-65 participated in this “randomized, parallel group study”. Over the course of 8 weeks, the female volunteers applied the Pro-X program or the Tretinoin cream. Before and after exams and digital photographs were used to determine the relative efficacy of both preparations. The Pro-X program contains several natural and synthetic agents including antioxidants (Vitamin C & E), 5% niacinamide (a form of Vitamin B-3), peptides (proteins) and retinyl propionate (a form of Vitamin A). A portion of the study volunteers continued using their respective treatment for an additional 16 weeks. The authors of the trial determined that the over-the-counter cream and lotion was more effective than its prescription counterpart at the 8 week mark and equally effective at the completion of the study (24 weeks). However, those using the non-prescription cosmetic program found it more tolerable, i.e. less skin irritation. (4)

Pro-X Skin Care Program (a) vs. Tretinoin Cream (b) 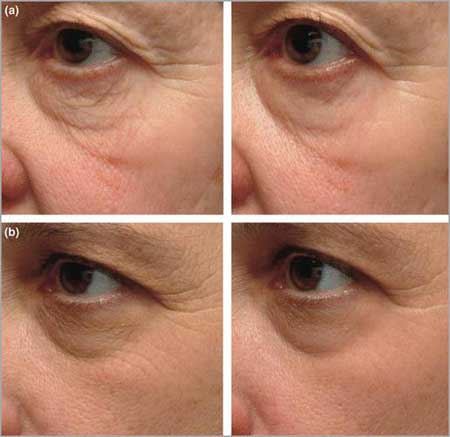 Myth #4: Chocolate Makes You Fat – Chocolate may, in fact, help you stay slim. This, according to a group of researchers from the Netherlands. They enrolled 12 women in an experiment that tested the effect of eating and smelling dark chocolate on appetite. The chocolate used in the trial consisted of 85% cocoa. The participants were first asked to eat 30 grams of dark chocolate. Blood tests were conducted pre and 60 minutes post chocolate consumption to measure various hormones related to appetite (cholecystokinin, ghrelin, glucagon-like peptide-1 and insulin). In a separate experiment, half of the women were required to smell the chocolate while the remainder did not. The latter half served as a control group. Once again, blood tests were conducted prior to and after the experiment. The results of the experiments revealed that eating and smelling chocolate “induced a similar appetite suppression”. (5)

Myth #5: All Stimulants Are Dangerous – As long as I can remember, I’ve been told that stimulants should be avoided by those concerned about cardiovascular disease. Natural cocoa contains a class of stimulants known as methylxanthines. An upcoming presentation which will be given at the American Academy of Neurology in April appears to burst this bubble as well. Researchers from St. Michael’s Hospital in Toronto, Canada have concluded that regular chocolate consumption could possibly reduce the risk of stroke and death resulting from stroke. Dr. Gustavo Saposnik, a neurologist from St. Michael’s, cautiously remarked that “more research is needed to determine whether chocolate is the contributing factor to lowering stroke risk”. But he was more optimistic when he added that chocolate “is rich in anti-oxidants and that may have a protective effect against stroke”. (6,7)

Just about every myth has a foundation in reality. It is not until we carefully examine the details of a claim that we can truly discover the validity or lack thereof behind the belief. It would irresponsible of me to say that all herbs are safe under every circumstance. But I think it can be equally harmful to simply dismiss natural medicines out of hand. However, this is precisely what some allopathic physicians do with regard to herbal remedies, higher-fat/lower-carb diets, over-the-counter skin care products and, even, “superfoods” such as cocoa. Just because it’s possible to misuse all of these foods and therapies doesn’t mean that they can’t also be used to our advantage. As always, the key to deriving the greatest benefits and avoiding the most obvious pitfalls is to educate ourselves first and then apply that knowledge with the assistance of a fair and openminded health care team.