I’m always on the lookout for signs that things can change for the better. It’s very easy to fall into the trap of only seeing the faults that are inherent in a world run by infinitely fallible human beings. But where does that get us? Instead of simply getting angry or frustrated at the current tide, we can all look for evidence of even the smallest victories and try to build upon them. 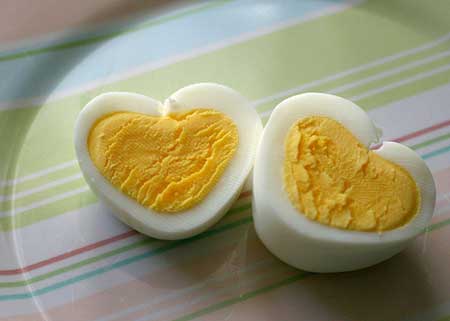 In my line of work I come across a lot of criticism relating to my personal choice of diet – a low carbohydrate, whole food based menu plan. Some health columnists, nutritionists and physicians are vehement in their position that carb restricted diets are dangerous because they’re rich in fat. However, there’s an even greater concern that most of these people share – a steadfast fear of the damage supposedly caused by saturated fat. The bottom line is that they generally believe that saturated fatty acids will literally lead to clogged arteries. Apparently, a group of researchers from the Harvard School of Public Health Boston didn’t get that memo.

One example that strengthens my hope for the future of medicine is published in the March 2010 edition of the American Journal of Clinical Nutrition. There, two papers address the controversial issue of saturated fat and cardiovascular disease. The ultimate conclusion of the piece is that there may be some benefit to substituting polyunsaturated fats for saturated fat, but it’s foolhardy to reduce saturated fat and replace it with dietary carbohydrates. The final sentence of the summary states that natural interventions that hope to reduce “atherogenic dyslipidemia should primarily emphasize the limitation of refined carbohydrate intakes”. A separate analysis of 347,747 men and women by the same team of researchers revealed that saturated fat consumption was not associated with a greater risk of cardiovascular disease, coronary heart disease or stroke. (1,2)

Multivitamins are still not being “prescribed” by many general practitioners. Some members of the allopathic community are far more comfortable filling out a prescription for a medication than recommending that patients pay a visit to a health food store and pick up a multivitamin/mineral supplement. But that’s likely to change as the number of positive, scientifically-based studies on multivitamins continue to be published in reputable medical journals.

One of the goals I have for this website is to help my readers find safe and viable alternatives to potentially dangerous medications. Statin drugs are the most frequently prescribed medications currently used to lower cholesterol. However, there’s great controversy about their overall impact on cardiovascular health and questionable side effect profile. What’s even more disconcerting about these drugs is that they’re now being recommended for use in a more aggressive manner than ever before. Some cardiologists are even suggesting statins for “at-risk” children and in individuals who don’t yet have high cholesterol. (5,6)

Carob fiber appears to fall under the category of a safe and viable alternative for cholesterol management. A recently published study examined the effects of 8 grams of carob fiber in a group of 88 adults with elevated cholesterol concentrations. Half of the volunteers were provided with 4 grams of carob fiber twice daily for a total of 4 weeks. The remainder was given a placebo. It’s important to note that the carob fiber used in this experiment contained a high percentage (84%) of naturally occurring, plant based antioxidants known as polyphenols. Those receiving the carob supplement demonstrated a 17.8% drop in total cholesterol, a 22.5% decline in LDL (”bad”) cholesterol, a 16.3% reduction in triglycerides and a statistically relevant improvement in their LDL:HDL cholesterol ratio. The participants using the placebo did not exhibit any beneficial shifts in lipid levels. (7)

When comparing a natural food to a medication, you have to look beyond the specific numbers that researchers report. For instance, the antioxidants contained in carob fiber have recently been shown to ferment in the human colon and eventually make their way into the bloodstream. This offers hope that said polyphenols can exact systemic benefits besides just moderating cholesterol levels. In addition, some investigations suggest that carob extracts may be helpful in protecting against serious health threats such as colon cancer. This is what I call a “side benefit”. (8,9,10)

Remaining hopeful allows you to find possible solutions to health care problems. If I adopted the belief that modern medicine would never be receptive to the use of natural remedies, then I wouldn’t have bothered to share this information with you today. Because of hope, I can now present this data to my own doctor and encourage others to do the same. By doing so, we’re not only fighting the good fight for ourselves and our loved ones, but also supporting the fine men and women who are devoting their professional lives to conducting this valuable research. Their battle against the establishment is even greater than the struggles we find in plotting our own health care plans. These researchers are in the thick of things and need all the positive reinforcement they can get.