While preparing today’s column I did a search on the phrase, “differences between men and women”. Any guess on how many hits this query turned up? 10,000? 100,000? 1,000,000? Try 17,700,000! One of the sites I stumbled upon contained a quote by the comedian Bill Cosby. He summed up the general sentiment conveyed by noteworthy figures throughout the ages: “Men and women belong to different species, and communication between them is a science still in its infancy”. I’m sure many of you nodded your head while reading that and with good reason. The tales my wife could tell! However, I believe our similarities far outnumber our differences. The same holds true if one were to examine the inner workings of the female and male body. 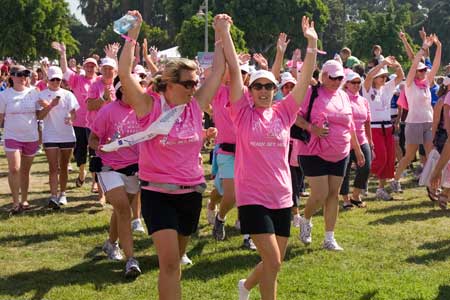 The March 2010 edition of the journal Nature Reviews Cancer contains an opinion piece entitled, “Breast and Prostate Cancer: More Similar Than Different”. The authors point out that “Although these cancers arise in organs that are different in terms of anatomy and physiological function both organs require gonadal steroids for their development, and tumors that arise from them are typically hormone-dependent and have remarkable underlying biological similarities”. (1)

I thought this might be an appropriate time to review some of most recent developments in the field of both breast and prostate cancer. Differences, similarities and everything in between.

Broccoli and selenium have generated quite a lot of interest with regard to the natural management of prostate cancer. Now, a combination of these two therapeutic agents wants some of the spotlight as well. A recent experiment compared the activity of broccoli sprouts vs. selenium-enriched broccoli sprouts in a test tube study on “human prostate cancer cell lines”. Such studies are often the starting point when investigating novel treatment options. The research, presented in the November 2009 issue of the journal BMC Cancer discovered that “Selenium-enriched broccoli sprouts were superior to normal broccoli sprouts in inhibiting cell proliferation, decreasing prostate-specific antigen (PSA) secretion, and inducing apoptosis of prostate cancer cells”. In conclusion, the authors of the study suggest that this selenium rich form of broccoli be considered as “an alternative selenium source for prostate cancer prevention and therapy”. (5,6,7)

Two recent trials have looked into natural ways of addressing common side effects associated with hormone deprivation therapy in men being treated for prostate cancer. The first investigation tested the impact of a traditional Chinese herb, Dong Quai (Angelica sinensis), on hot flash occurrence. Unfortunately, the herbal remedy was not successful in reducing the duration or severity of hot flashes and, furthermore, did not exhibit any prostate specific benefits as assessed by digital rectal exams and PSA testing. Another frequent consequence of androgen suppression therapy (AST) in men is a loss of muscle mass. However, this adverse reaction may be largely prevented by engaging in an aerobic and resistance exercise regime. This is according to a recent 12 week study that involved 57 prostate cancer patients undergoing AST. Improvements in balance, lean body mass and muscle strength were observed in the men who took part in the exercise intervention in comparison to men who simply underwent androgen suppression therapy alone. Quality of life, as measured by decreased inflammation (C-reactive protein levels), an impression of “general health”, and reductions in fatigue were reported in the AST + exercise group alone. (8,9)

Harry S. Truman reputedly once said, “I’ve studied the lives of great men and famous women, and I found that the men and women who got to the top were those who did the jobs they had in hand, with everything they had of energy and enthusiasm”. This same truism can and should be applied to the way we men and women approach our individual health concerns. The job at hand is to try to reduce our personal risk of illness and to face any health challenge we do find with optimism and vigor.