When it comes to living a healthy lifestyle, it’s one thing to be told what you’re supposed to do and quite another to know exactly how to do it. One recommendation that is commonly made by doctors and nutritionists is to eat more dietary fiber. According to The National Academy of Sciences’ Institute of Medicine, men under the age of 50 should consume an average of 38 grams of fiber per day. Women in the same age group are supposed to strive for 25 grams. These figures are slightly lower for individuals above the age of 50, but they still far exceed what most people typically consume. Today’s column provides some new evidence that will hopefully nudge you into eating more fiber-rich foods, as well as a very simple way to meet your daily fiber quota. 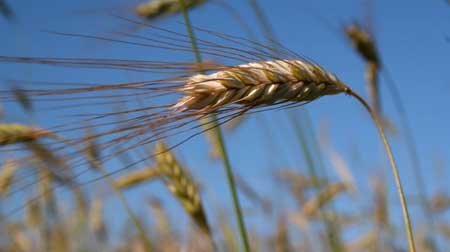 One of my favorite types of studies involves the comparison of natural remedies versus conventional treatments. A recent trial published in the Journal of Nutrition tested the effects of eating whole grain rye bread or white wheat bread vs. standard laxative therapy in a group of 51 constipated adults. Over the course of 3 weeks, scientists from the University of Helsinki, Finland documented “dietary habits, bowel function, and gastrointestinal symptoms” in the respective treatment groups. The researchers found that the whole grain rye bread was more effective than the white wheat bread and the laxatives in terms of reducing “total intestinal transit time” and a number of other characteristics relating to constipation. In addition, the added fiber contained in the whole grain rye bread did not present a greater number of adverse reactions. (1,2)

Just over a week ago, I mentioned the troubling trend of doctors prescribing cholesterol lowering medications to children. The March 2010 issue of the American Journal of Clinical Nutrition offers a much safer alternative to prescription drugs in youngsters. An examination of 543 boys and girls with ages ranging from 8 months to 9 years suggests that increasing dietary fiber consumption can lead to lower cholesterol levels. It was determined that the higher the intake of roughage, the lower the cholesterol concentrations. It’s also interesting to note that the children with the highest intake of fiber were also more likely to consume more minerals and vitamins. (3)

Adults also have a good reason to ensure adequate intake of dietary fiber: it may help to decrease the risk of cardiovascular disease by reducing waist circumference. Two recent trials point out that eating more fiber can diminish the likelihood of weight gain and minimize waist circumference independent of weight change. Excess fat around the waist is now considered a serious risk factor for heart disease and stroke. But take heart because increasing your fiber intake may help to lessen that danger in as little as 4 weeks. (4,5,6,7,8)

The long reach of dietary fiber has extended a bit further thanks to a new population study presented in last month’s issue of the American Journal of Epidemiology. Data from the Nurses’ Health Study and Health Professionals Follow-up Study were used to analyze a possible correlation between fiber intake and chronic obstructive pulmonary disease (COPD). A total of 111,580 men and women were included in the investigation. Of the study pool, 832 cases of COPD were diagnosed between the years of 1984 and 2000. Fiber consumption was estimated based on “food frequency questionnaires and a food composition database”. Other aspects of health status and lifestyle that might influence lung function such as age, body mass index, caloric intake, diabetes, fish + meat consumption and physical activity were also analyzed during the course of the review. The authors of the study determined that “total dietary fiber intake was negatively associated with the risk of newly diagnosed COPD”. Those eating the largest amount of fiber demonstrated a 33% lower incidence of COPD as compared to the men and women who ate the lowest amounts. A more specific and intriguing observation was that “cereal fiber” appeared to be the most protective form of roughage, more so than fruit or vegetable fiber. (9)

The trouble with many high fiber foods, such as cereal grains and legumes, is that they’re not always well tolerated. Certain phytochemicals (phytic acid) and proteins (gluten) in these foods can cause digestive upset and occasionally even more severe consequences such as liver damage, nutrient malabsorption and neurological disorders in sensitive individuals. So how can we reconcile the positive attributes of grains and legumes with the well documented downsides? (10,11,12,13,14,15)

I recently discovered a potential solution to this vexing problem. There’s a gluten-free, high fiber, high protein bread currently on the market that has earned my official seal of approval. The name of the company that manufactures it is Julian Bakery. They make several different varieties of bread, but the only product I can wholeheartedly endorse is their Purity Bread.

Each 1/4 inch thick slice of Purity Bread contains just 68 calories but provides a substantial amount of fiber (8 grams) and protein (6 grams). Another bonus is that it yields only 2 grams of “effective carbohydrates” per serving. There are a few other details about this unconventional bread that I like: a) it contains no yeast; b) the legumes are sprouted which should reduce the level of anti-nutrients, such as phytic acid, and improve its overall digestibility.

Purity Bread is baked fresh and can be ordered directly from Julian Bakery, which is how I obtained it. Some larger health food stores stock it or may be willing to special order it for you as well. Please be advised that the look and feel of the loaf is different than most conventional breads. Purity Bread is much more dense and has a slightly different taste. I personally find the flavor and texture quite acceptable. My father rather enjoyed it as well. However, Mrs. Healthy Fellow did not particularly care for the flavor, which she likened to the taste of sourdough bread – a bread she does not like. Still, I thought I’d mention this resource because it’s an easy way to dramatically and healthfully up your fiber intake without much effort. If you simply replace your typical morning toast or sandwich bread with this alternative product, you’ll easily be able boost your daily fiber consumption up to the recommended levels.