One of the most valuable tools we all have at our disposal is perspective. But this vision needs to fine tuned in order to support our efforts rather than sabotage them. We’ve all heard variations of the maxim – “Obtaining anything of value requires some effort”. That’s great as far as it goes. However, there’s more to the following equation: good values + hard work = a rewarding life. 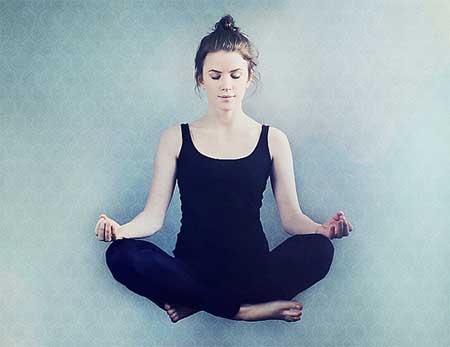 Sometimes one must expend significant effort up front only to collect a deferred reward as a consequence. A few of the most common examples when discussing natural health have to do with dietary changes and exercise. If you make the conscious decision to prepare more healthful meals at home rather than eat out, it’ll certainly require some energy to make that shift. However, the benefits you’ll likely reap in terms of overall energy and well-being should make the added time spent cooking seem like a bargain. The same goes for exercise. No one will argue that it’s easy to wake up earlier in the morning to go for a walk or to stop by the gym after a long day at work. But the improvements in your body image, mental/physical health and stamina are usually enough to keep you on the right path. The key is to understand how the equation works and realize that such an investment generally takes some time to yield dividends. This is a matter of perspective.

Recent literature by scientists from four different countries – India, Italy, Japan and the United States – agrees that “Meditation practice in the medical setting is proving to be an excellent adjunctive therapy for many illnesses and an essential and primary means of maintaining holistic health and wellness”. Researchers from the University of Wisconsin-Madison go on to state that, “Rather than being a fringe or marginal concept, meditation is now widely known and accepted as a beneficial mind-body practice by the general public and scientific community”. My own examination of the most recent studies on meditation support this point of view. (1,2)

Meditation Supports Cognitive Function – An intriguing eight week trial involving 15 patients with “memory problems, ranging in age from 52 to 77 years” was recently completed. The study evaluated the effects of meditation on blood flow to the brain and cognitive performance. The particular type of meditation employed in this study is known as Kirtan Kriya (KK), “a 12 minute practice from the Kundalini yoga tradition” that involves “repetitive finger movements” or mudras and singing a mantra (Saa Taa Naa Maa). Cognitive tests and Single Photon Emission Computed Tomography (SPECT) were applied prior to the meditative training and practice, and again at the completion of the 8 week intervention. Several findings were evidenced in those engaging in KK as compared to a control group which “was instructed to listen to Mozart violin concertos each day for approximately 12 minutes”. (3,4,5)

The lead author of the study, Dr. Andrew Newberg of the University of Pennsylvania School of Medicine, commented that, “It would be extremely useful to have a cost-effective, non-pharmacological approach to slowing memory loss that could bolster the effect of medications without fear of side effects or drug-drug interactions”. Dr. Newberg added that, “While further study into the impact of Kirtan Kriya is required, the pilot study demonstrates that this meditation could be a very important tool in improving cognition in people with memory loss.”

Meditation Supports Mental Health – High quality health care requires optimal performance by the physicians and staff providing care. Doctors and nurses who feel anxious or who are chronically “stressed out” can’t possibly perform to their finest ability. Introducing meditation into a medical practice may be part of the solution to this prevalent issue. A recent study involved 38 primary care physicians who took part in a “Teaching Aptitude Course”. Half of the study group also participated in mindfulness meditation training and practice. The remainder of the physicians did not take part in any mind-body practice and were used a comparison group. Three psychological tests, The Perceived Stress Scale (PSS), The Strain Questionnaire and The State-Trait Anxiety Questionnaire, were administered to all of the doctors at the start and completion of the teaching course. A “comparative statistical analysis” revealed that the participants who practiced the mindfulness meditation exhibited significant reductions in anxiety and stress when compared to the control group. (6)

Meditation Improves Pain Management – Regular meditators may be desensitizing themselves to pain. So says new research in the February edition of the journal Emotion. Meditation seems to accomplish this is by “thickening the brain” or, more specifically, portions of the brain known as the anterior cingulate cortex, bilateral parahippocampal gyrus and anterior insula. This determination was uncovered when examining brain MRIs (magnetic resonance images) of 17 meditators and 18 controls who did not meditate. In general, the meditation group demonstrated “lower pain sensitivity” and more robust tissue “in affective, pain-related brain regions”. The more experienced meditators had even “thicker gray matter in the anterior cingulate” and several other key regions of the brain. The conclusion of the study suggests that long-term meditation may actually alter the structure of the brain and reinforce gray matter in such a way that allows for pain to become less obvious. Another trial published in the January issue of the journal Pain postulates that the slow, rhythmic breathing involved in practices such as Zen meditation can effectively reduce sensations of “pain intensity and unpleasantness” in those with chronic pain conditions such as fibromyalgia and in generally healthy populations. (7,8,9) 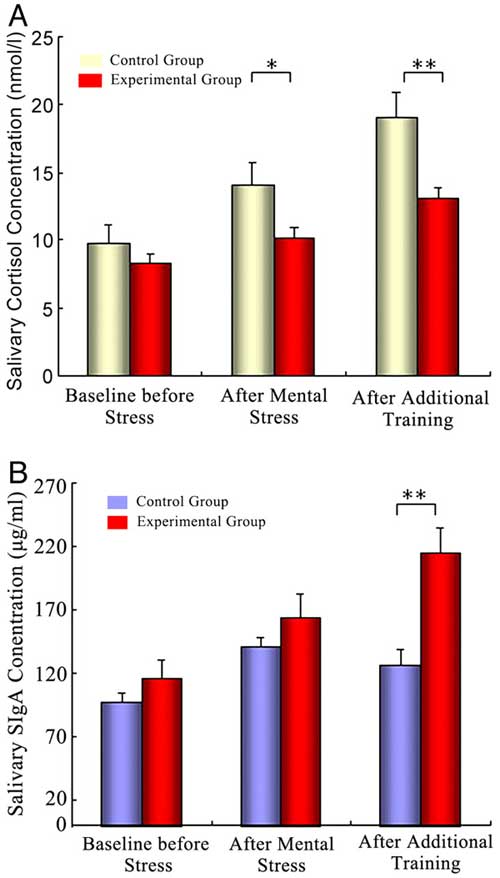 Mrs. Healthy Fellow and I recently started meditating every day. I think we’re like many other couples in that our days tend to be rather hectic and can be quite stressful. However, our perspective about the meditative process is that the time we devote to it will result in greater productivity throughout the day. We generally set aside 15-20 minutes in the morning and night to practice a non-verbal/silent form of mantra meditation. What we’ve detected thus far is that we appear to be less reactive to the various stressors that we encounter during the day. This not only promotes a more peaceful state of mind, but it also helps us to retain energy that we would normally expend in anxious or stress-induced states.

I want to offer a few tips that have assisted us in establishing a positive meditative routine. First of all, we try to view the twice-daily meditations as a welcome break rather than a chore or responsibility. During these periods we turn off our phones and allow ourselves to temporarily forget all of the thoughts that normally clutter the mind. This is, in essence, a mental or psychological vacation. Choosing an appropriate mantra was also an issue that we needed to address. The technique we decided upon was to create or select a phrase or word and then define it for ourselves. You can write down any word or words of your choosing, and then assign it/them your own personal significance. Specific mantras can be found in books about meditation or even online. However, the meaning you impart to a mantra is up to you.

Here’s a basic example of a mantra that can be employed during the practice of Transcendental Meditation.

Meditation is a traditional practice that has a long history in most of the world’s religions but requires no specific spiritual belief at all. In fact, it need not be intimidating. It’s as simple as finding a relatively quiet place to sit, tuning out your everyday thoughts and just allowing yourself some much needed silence. You may choose to passively observe your breath, emote a chant or silently repeat a mantra. Some people even meditate while communing with nature or during their daily walk. Just know that if you’re genuinely interested in incorporating meditation into your life, there is certainly one form or another that can suit your needs.