Most of us use a general practitioner as our primary health provider. It doesn’t make much sense to go to a specialist such as an endocrinologist or neurologist when you’re simply having your periodic check up. Generally speaking, a good G.P. can manage most general health needs. At the same time, doctors and patients alike realize that such physicians have their limitations. They can’t possibly be up-to-date on every new development in every field of medicine, so they refer patients to specialists whenever needed. The same is true of how consumers can approach their own health care. If you’re basically healthy, you may want to focus on staying informed on how to maintain good general health. However, if you’re trying to address specific health issues, then you’ll need to become a “patient specialist”. 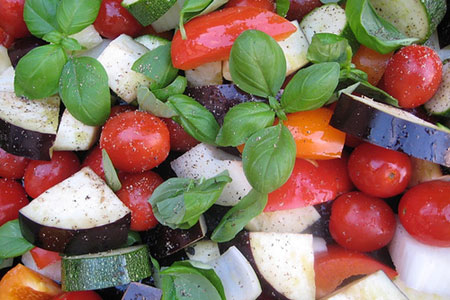 There’s no certification needed to become a specialist in your own health care. What it does require is attention and organization. On this and other sites, you’ll regularly come across information that potentially can be applied to your medical circumstances or those of someone you care about. It’s typically not enough to just read the information and think “Wow, that’s interesting”. You need to find a way to burrow the information into your consciousness and file it away for future use. Otherwise, like with many other sources of intriguing factoids, it will likely be lost.

Perhaps you’re a couple trying to get pregnant. You’ve already consulted an infertility doctor, but you’d like to do everything within your power to increase the likelihood of conceiving successfully. New research presented in the journal Molecular and Cellular Endrocrinology reports that adult male rats fed a soy-rich diet had sperm counts that were 21% lower than male rats fed a soy-free diet. In addition, the litter size of the soy-fed group was 21% smaller. Researchers from Switzerland and the National Center for Toxicological Research in the US also noted alterations in specific genes that affect sperm motility and a decrease in the size of the seminal vesicle, a gland that plays a role in the production of semen. The authors of the research concluded that, “Taken together, these studies show that long-term exposure to dietary soy and phytoestrogens may affect male reproductive function resulting in a small decrease in sperm counts and fertility”. (1)

Brain plaque, consisting of beta-amyloid (Abeta) peptides/protein, is believed to play a significant role in the development of Alzheimer’s Disease (AD). Animal trials and human population studies suggest that fish oil consumption may reduce the risk of dementia. Components of green tea, such as EGCG (epigallocatechin gallate), have also been shown to counteract some of the processes that can lead to brain plaque formation in animal models. A new experiment described in the March edition of Neuroscience Letters discovered that a combination of fish oil and EGCG could effectively reduce Abeta levels in the brains of mice. A test tube experiment further demonstrated synergistic, anti-plaque activity of this natural combination of ingredients. It appears that “Fish oil enhanced the bioavailability of EGCG versus EGCG treatment alone”. The scientists conducting the research commented that moderate supplementation with EGCG and fish oil could have “significant therapeutic potential for the treatment of AD”. (2)

Qigong was “first developed over 5,000 years ago” and is considered “an important part of traditional Chinese medicine. MQ (Medical Qigong) is a mind-body practice that uses physical activity and meditation to harmonize the body, mind and spirit”. Believe or not, these quotes are taken from the conservative medical journal Annals of Oncology. The description of MQ was presented as part of a review of a recent study conducted at the University of Sydney in Australia. In recent years, oncologists have become keenly aware that many patients choose to utilize alternative therapies in addition to conventional cancer care. However, these complementary techniques are often lacking in a “supportive evidence base”. In other words, they haven’t been subjected to much scientific scrutiny. That is the basis for the following trial:

The results of the trial indicated that the Medical Qigong significantly improved fatigue, mood disturbance, quality of life and systemic inflammation scores when compared to standard care. The mental health effects have rather obvious implications, but the reduction in inflammation, as evidenced by a decline in C-reactive protein concentrations, “may produce physical benefits in the long term” according to the study authors. (3)

You don’t have to be at risk for diabetes in order to benefit from strategies that may prevent it. Virtually every dietary and lifestyle choice that improves the condition of people at risk for or with type 2 diabetes also supports better health in the population at large. That’s why it’s important to keep an eye on your hemoglobin A1c levels – whether you are predisposed to blood sugar abnormalities or not. The March 4th issue of the New England Journal of Medicine proclaims that HbA1c concentrations are a more accurate indicator of diabetic risk prediction than fasting glucose levels. HbA1c provides a snapshot of long-term blood sugar control. An HbA1c level of 5.5% or less was considered normal in the present examination. Levels of 6.5% and above put the study volunteers in the diabetic category. The area between 6 – 6.5% was classified as “very high risk” (9 x greater) factor for developing diabetes. Incrementally higher HbA1c scores were associated with a progressively greater risk of all cause mortality, coronary heart disease and stroke. These findings were based on an investigation of 11,092 non-diabetic adults over a 2 year period. (4)

A new Israeli study offers a natural solution for improving HbA1c levels and cardiovascular health of those living with type 2 diabetes. A one year study compared the relative effects of three popular diet plans in a group of 259 overweight diabetic patients with an average age of 55. The three diets tested were: a) a low carbohydrate Mediterranean diet (LCM); b) a traditional Mediterranean diet (TM) and; c) the 2003 American Diabetic Association diet (ADA). At the completion of the trial, it was determined that those following the low-carb Mediterranean diet lost the largest amount of weight (22 lbs.) vs 16.9 lbs. in the ADA group and 16.3 lbs. in the traditional Mediterranean participants. More significant reductions in HbA1c levels and triglycerides and an increase in HDL (“good”) cholesterol was also evidenced in the low carb diet. The conclusion of the trial stated that the low-carb Mediterranean diet “was superior to both the ADA and TM in improving glycaemic control” and certain cardiovascular risk factors. This same dietary strategy can be employed to keep healthy and overweight individuals away from the diabetes and pre-diabetes danger zones. (5)

Even the most cutting edge medical specialists aren’t aware of all of the research that’s going on in their respective fields. If you actively choose to share your own findings with these experts, I think you’ll be pleasantly surprised to find that some of the information you bring to the table is news to them. The same goes with your general practitioners. You can literally help them become more well rounded doctors by exposing them to the specialized information you discover. This type of proactive patient approach will not only improve the quality of your care, but it will help contribute to a higher level of treatment for other patients treated by the doctors on your health care team. In effect, this will allow you to become a silent partner in your doctor’s medical practice.