We’ve all seen commercials for prescription medications on television. The images on the screen are always very optimistic and pleasing to the eye. Not surprisingly, they give the impression that the advertised drug will make you feel happier and generally improve the quality of your life. However, the accompanying narration often paints a vastly different picture. Take, for instance, commercials for medications that address erectile dysfunction. The couples portrayed in the ads seem like they couldn’t be happier or more satisfied in every conceivable way. Perhaps that’s because they haven’t personally encountered the headaches, loss of color vision or muscle aches that sometimes occur in regular users of these drugs. 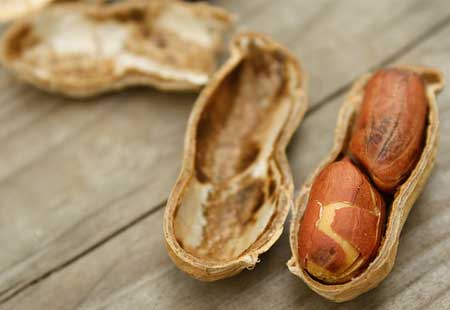 It’s one thing if there’s a medication on the market that addresses a health condition without any other known solution. Under those circumstances, you can justify using such a treatment even if it’s likely to cause unwanted effects. But in reality, there are very few health concerns for which there are no alternatives.

I was reminded of this when I came across a study in the February 22nd edition of the British Journal of Urology International. In it, a group of British and Italian researchers document a trial investigating the effects of a natural medicine for erectile dysfunction. The supplement in question is known as Prelox and consists of a combination of the amino acid arginine and pine bark extract.

The men using Prelox demonstrated statistically relevant improvements in IIEF scores at the 3 month and 6 month mark. In addition, the researchers noted an increase in total testosterone concentrations at the 6 month mark. The participants in the placebo leg of the trial failed to show similar results. The authors of the investigation concluded that, “Prelox is effective for improving erectile function, and that this effect persists on continuous therapy for up to 6 months. Moreover, there is some evidence that erectile function continues to improve the longer the therapy is used”. (1)

This is only the most recent study to support the use of this nutrient combination. A previous study published in March 2008 found comparable results in “50 patients with mild to moderate erectile dysfunction (ED)” within the course of 1 month of treatment. That trial noted increases in “endothelial nitric oxide synthase”, intercourse frequency and testosterone levels. A decline in blood pressure and cholesterol were also noted. Furthermore, a pilot study from 2003 also supports the previously mentioned findings. That experiment did not use the Prelox product but did test the activity of 1.7 grams of arginine and 120 of Pycnogenol administered together. The success rate in achieving normal sexual function was reported to be as high as 92.5% by the end of the 3 month study period. No significant side effects were noted in any of these trials. (2,3)

A natural alternative for ED is rather momentous news in and of itself. However, Prelox may also benefit another aspect of male sexual health: fertility. Several studies have determined that a blend of “l-arginine aspartate and Pycnogenol” can increase the concentration of spermatozoa, semen volume and improve the viability of sperm (the “percentage of motile spermatoza”). In some instances, the use of Prelox has moved the fertility index of infertile males into the normal range. Of note, the benefits of arginine + Pycnogenol appear to be more dramatic in older men who are more likely to suffer from idiopathic infertility. There’s even some evidence that 200 mg/day of Pycnogenol alone may be enough to increase sperm viability by up 38%. These types of changes may allow some couple “to forego in-vitro fertilization and either experience improved natural fertility or undergo less invasive and less expensive fertility-promoting procedures, such as intrauterine insemination”. (4,5,6)

While dramatic, the results I’ve just reported don’t exactly come from out of the blue. Pine bark extract has a long history of improving circulatory conditions that affect various regions of the body, such as the feet and legs in instances of chronic venous insufficiency. L-arginine is also commonly used to promote improvements in cardiovascular health by restoring proper endothelial function which regulates blood pressure and supports adequate blood flow. (7,8,9,10,11)

Now that we’ve established that arginine + pine bark extract = improved fertility and performance, we can look at why. The fertility issue appears to be rather straight forward. Pycnogenol is a potent antioxidant, similar to what is found in red wine, which could very well protect sperm from environmental toxins and oxidative damage. The impact of Prelox on impotence is likely multimodal: a) arginine is used by the body in the manufacture of nitric oxide, a substance that relaxes blood vessels and thins the blood; b) Pycnogenol improves numerous risk factors involved in cardiovascular disease such as high blood pressure and blood sugar, cholesterol and systemic inflammation and; c) Pycnogenol also promotes an antithrombotic effect, decreases platelet aggregation and lowers fibrinogen values, all of which result in freer flowing blood. Some integrative health authorities even mention pine bark as an aspirin alternative because of its safer, blood thinning activity. (12,13,14,15,16,17,18,19)

One of the benefits of addressing health concerns in a holistic manner is that you look for similarities among conditions globally. In the case of impotence, the holistic way to approach it is to view the entire body as a whole rather than simply an affected area. There’s great value in doing so because many men who live with ED may also be at an elevated risk for other circulatory conditions such as cardiovascular disease, chronic venous insufficiency and even dementia. Inadequate blood flow to any part of the body is harmful. However, the causes are often related. In the case of arginine and pine bark extract, we find a natural remedy that appears to actually improve some of the connected risk factors in all of the previously mentioned conditions. As if that’s not enough, there have been no widespread reports of changes in color vision, headaches and muscle aches in those using this natural alternative.