Information is one of the greatest assets if you want to be a good conversationalist. This is especially true of dialogues that involve health and nutrition. The more you know about such topics the more interesting the conversations will be for all involved. Let’s take today’s topic as an example – coffee. Many physicians continue to promote the idea that coffee should generally be avoided or at least used sparingly. The basis for this position varies widely, but it often involves a proposed risk to the cardiovascular system and the possibility of adverse effects on sleep quality. In recent years, some other medical authorities have adopted an alternate point of view and crowned coffee as a healthy elixir. Listening to physicians on both sides of the coffee debate can be quite interesting. But actually taking part in that kind of exchange is very different situation. 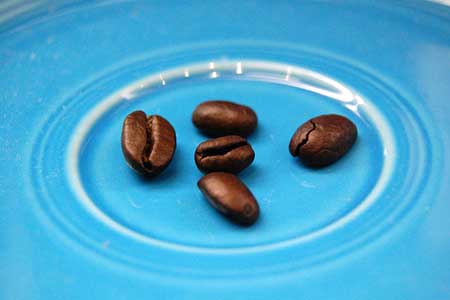 Even in the midst of a recession, coffee sales are continuing to skyrocket. A recent analysis from the UK shows a dramatic 17% growth in this segment of the economy between the years of 2005 to 2009. What’s more, an additional 25% boom is expected by 2014. But the one thing that has changed is where people are drinking their daily cup of Joe. More and more Brits are enjoying premium coffee at home. (1)

The amount of research on coffee and components of coffee beans is quite impressive. Scientific interest in the beverage is partially a numbers game. Researchers want to know how this international obsession with coffee is likely to impact the health of societies for better or worse. In the private sector, manufacturers are beginning to fund research in this field as well because of indications that coffee beans may one day yield functional supplements and/or medications. Here’s an overview of several recent studies that have been circulating in the both the research + development, and scientific communities.

Coffee Extracts Possess Antiviral Activity – A substance contained in coffee, N-methyl-pyridinium formate, may inhibit the replication of a number of viruses including herpes simplex virus type 1 (HSV-1), influenza virus type A and poliovirus. This “novel component of coffee” also appears to promote cytotoxicity (killing) of viruses. (2)

Coffee May Protect Against Gout – A review in the March 2010 edition of Current Opinion in Rheumatology states that certain dietary and lifestyle choices may influence uric acid levels and, thereby, affect the risk of developing gout. Avoiding sugar, increasing daily exercise and losing excess weight are all cited as proactive steps that can be taken to lower uric acid and gout prevalence. Eating more low-glycemic fruits, nuts and vegetables is also recommended in the review. However the closing sentence of the study abstract is what caught my eye. “Coffee and vitamin C supplementation could be considered as preventive measures as these can lower urate levels, as well as the risk of gout and some of its comorbidities”. (3)

Coffee Roasting Matters – Phytochemicals in brewed coffee are believed to contribute “more than 50% of the dietary antioxidants in many countries”. New research now indicates that the darker the roast, the greater the antioxidant protection. In addition, dark roasted coffee appears to dramatically lower the activity of an inflammatory substance known as NF-kappaB. In a mouse study, a single dose of dark roasted coffee lead to a profound decrease in NF-kappaB levels by 68%. A report in the February 2010 issue of the journal Free Radical Biology and Medicine concludes that, “dark roasted coffee dampens a crucial mechanism in inflammation and induced a pivotal mechanism in oxidative stress defense”. Excess inflammation and oxidative stress are considered key contributors to the aging process and have been implicated in the development of many chronic diseases such as arthritis, cardiovascular disease and even dementia. (4)

Coffee Protects the Brain – Two recent systemic reviews evaluated the effects of caffeine exposure with regard to Alzheimer’s Disease (AD) and Parkinson’s Disease. A few of the most intriguing points about coffee and AD are summarized by the following quotes from a new meta-analysis published in the Journal of Alzheimer’s Disease:

Similarly impressive findings abound in the examination of trials on coffee vs. Parkinson’s Disease. A total of 26 studies were evaluated. The risk ratio for PD was about 25% lower in those with the highest caffeine intake. This protective effect appeared to be more prevalent among male coffee drinkers, but persisted in females and resulted in a 14% reduction in risk in women. All told, caffeine intake of approximately 300 mg per day appeared to provide an average decline in PD incidence of 24%. The closing remark of the meta-analysis states that “This study confirms an inverse association between caffeine intake and the risk of PD, which can hardly be explained by bias or uncontrolled confounding”. (6) 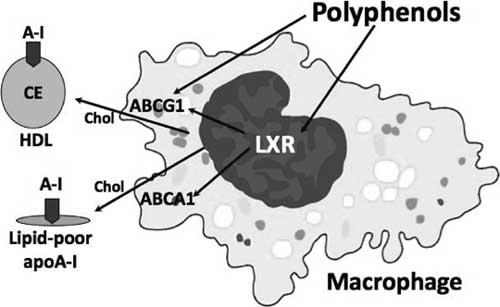 Two other trials of late may be surprising to some. The first investigated the impact of coffee consumption in a group of 245 patients with or without non-alcoholic fatty liver disease (NAFLD). The participants who regularly drank espresso demonstrated greater liver protection as evidenced by “ultrasound bright liver scores”. Frequent espresso consumption also expressed itself in lower rates of insulin resistance and obesity – two identifiable risk factors for NAFLD. The Italian researchers conducting the trial note that the protective effects of coffee found here tend to complement previously reported benefits demonstrated in other liver ailments such as cirrhosis and liver cancer. (7)

Perhaps the biggest shock to hit the medical world in the past few weeks was the following headline “Coffee Drinking and Caffeine Associated with Reduced Risk of Hospitalization for Heart Rhythm Disturbances”. This title is based on a study presented at the American Heart Association’s 50th Annual Conference on Cardiovascular Disease Epidemiology and Prevention. Very high dosages of caffeine are known to provoke heart rhythm disturbances in sensitive individuals. But this recent evaluation of 130,054 men and women actually discovered an 18% reduced risk of arrhythmias in those who consumed 4 or more cups of coffee a day. Even more surprising is the fact that drinking lower quantities of coffee (1 to 3 cups) provided only a 7% reduction in risk. However these findings need to be interpreted with caution. The lead author of the study, Dr. Arthur Klatsky, offered this balanced perspective in saying: “these data might be reassuring to people who drink moderate amounts of coffee that their habit is not likely to cause a major rhythm disturbance”. Dr. Klatsky went on to say that, “Coffee drinking is related to a lower risk of hospitalization for rhythm problems, but the association does not prove cause and effect”. (8)

So there you have it – the most cutting edge data on coffee currently available. Use it to dazzle your family and friends or to keep your doctors on their toes. You too can be a coffee debate master! Or better yet, consider all the research I’ve presented today to help you decide whether coffee is right for you. If you choose to include coffee in your daily routine, consider using a dark roasted variety. Not only might it help to improve your antioxidant status and lower inflammation, but some research suggests that the roasting process tends to rid coffee of any detectable pesticide residues. (9)