Today I want to discuss a very special kind of pharmacy. It’s open 24 hours a day, 7 days a week. It doesn’t close for holidays and the staff is always on call. One of the best features of the place is that all medications in stock are 100% natural and entirely compatible with your individual physiology. I know what you may thinking: “This place sounds very expensive”. Or perhaps: “My doctor or health insurance company never works with these ‘holistic-type’ facilities”. Fortunately for us all, none of these concerns apply here. 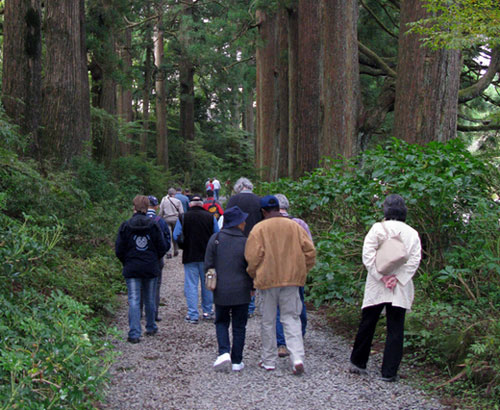 This particular pharmacy resides between your ears and behind your eyes. Some medical authorities commonly write off this rather miraculous fact of life as “the placebo effect”. It can be a dismissive term given to a genuine healing process that is self-initiated. The placebo effect is also frequently mentioned when conventional scientists comment on mind-body therapies such as grounding, Reiki, Tai Chi and therapeutic touch. However that’s beginning to change.

A systematic review on “biofield therapies” was recently published in the International Journal of Behavioral Medicine. 66 studies involving various mind-body approaches including healing touch, Johrei, polarity therapy and Qigong were evaluated in the analysis. The research team, consisting of scientists from UCLA and the University of California, San Diego, explain that biofield techniques “show strong evidence for reducing pain intensity in pain populations and moderate evidence for reducing pain intensity in hospitalized and cancer populations”. They go on to state that some data supports the use of these mind-body practices in the management of “negative behavioral symptoms in dementia” and “anxiety for hospitalized populations”. The concluding remarks of the authors recommend additional high-quality studies in order to clarify the true potential of these complementary modalities in a broader range of conditions. (1)

In January 2010, I wrote a column about an esoteric practice known as earthing or grounding. A new study in The Journal of Alternative and Complementary Medicine adds some much needed credibility to this controversial but popular practice. Researchers from the University of California, Irvine and the University of Oregon, Eugene enrolled 8 healthy adults in an experiment set to determine whether “grounding the body to the earth” could modify physiological reactions to exercise. The experiment was very carefully controlled in the following manner:

“Complete blood counts, blood chemistry, enzyme chemistry, serum and saliva cortisols, magnetic resonance imaging and spectroscopy and pain levels were taken at the same time of day before the eccentric exercise and 24, 48, and 72 hours afterwards”. Significant differences in bilirubin, creatine kinase, glycerolphosphorylcholine, phosphorylcholine, phosphocreatine/inorganic phosphate ratios, the visual analog pain scale and white blood cell counts were documented. In total, 30 out of 48 health markers were altered in those receiving the grounded therapy. The results indicate that, “Grounding appears to be the first intervention with the potential to reduce time of recovery and improve muscle function from DOMS”. (2)

The ancient practice of Tai Chi was recently featured in scientific literature. A March 2010 trial examined the effects of Tai Chi in a group of 82 senior women with osteoarthritis. Over the course of 6 months, approximately half of the group learned and regularly practiced this mind-body exercise while the remainder of the participants served as a comparison group. At the completion of the study, the authors noted that the Tai Chi group differed in several important ways from their sedentary counterparts: a) they demonstrated improvements in muscle endurance (knee extensor endurance); b) they exhibited significantly greater bone density and; c) they reported feeling a reduction in fear of falling. This may not make the front page of New York Times or the Wall Street Journal but it’s vital to know when you consider that a recent meta-analysis in the Annals of Internal Medicine reports that “Older adults have a 5-to 8-fold increased risk for all-cause mortality after hip fractures”. Tai Chi may very well help protect against such an outcome in this at-risk population. (3,4)

If you’re not quite ready to try some of the more exotic mind-body techniques, then at least consider utilizing something more familiar. There’s a very literal example of an effective mind-body treatment protocol in this month’s Journal of Psychosomatic Research. The study in question tested the relative merits of four different treatment protocols in a study pool of 74 adults living with Class II to III heart failure. All of the volunteers were also diagnosed as clinically depressed. Over the course of 12 weeks, the participants took part in: a) an exercise + cognitive behavioral therapy program; b) cognitive behavioral therapy alone; c) exercise alone or; d) “usual care”. Pre and post testing revealed that those engaging in exercise plus therapy exhibited the greatest reduction in depression scores as evidenced by results on the Hamilton Rating Scale for Depression. The combination therapy group also outshined the other treatment modalities with regard to physical capability – 6 minute walk distance test results. A 3 month follow up evaluation confirmed the initial results and suggested that these positive changes resulted in meaningful improvements in health-related quality of life. (5)

A new Japanese study provides my favorite citation of the day. The topic of the paper involves a traditional practice known as Shinrinyoku. This term generally refers to short-term treks to a wilderness setting in which natural bathing and walking are featured components. Scientists from the Department of Hygiene and Public Health at Nippon Medical School examined a group of men and women who “experienced a 3-day/2 night trip to forest areas”. Blood and urine samples were collected prior to the trips and at various points afterward in order to investigate any relevant changes in immune function. These same tests were also taken during a normal work day in order to serve as a control measure. The findings indicated that the forest trips lead to a statistically meaningful increases in Natural Killer (NK) cell activity and a reduction in stress response marked by a decline in urinary adrenaline. In addition, the benefits “lasted for more than 30 days after the trip, suggesting that a forest bathing trip once a month would enable individuals to maintain a higher level of NK activity”. It appears that exposure to nature is a necessary detail in the noted reaction in both men and women. The basis for the final claim comes from a follow-up test in which the volunteers visited “the city as a tourist”. This variety of time off did not provoke the same immune boosting phenomenon provided by Shinrinyoku. (6)

There is an unfortunate model that is largely in place in the modern medical paradigm. Many people feel as if they’re dependent on their doctors to stay well. From my perspective, this is an upside down notion. The quickest fix to the problem can be explained in a simple analogy. Let’s take a new car as an example. If you take the necessary steps to care for it, you generally won’t need to bring it in for service very often. It’s a different story if an accident occurs or if you happen to buy a “lemon”. However by and large, you won’t have to visit your mechanic frequently if you follow the basic guidelines laid out in your owner’s manual. These same principles apply to the human beings. Be kind to your body and mind. Trust that you have the potential to heal and to stay well. Have regular checkups and see a doctor if you feel as if something is wrong. But never forget that you have the majority control over your health destiny. As with most aspects of wellness, that begins with your mind and extends to every part of body.