Patterns are vital pieces of information in the field of preventive health care. Researchers are constantly on the look-out for trends that can be applied in the prevention of just about every medical condition known to man. Even maladies that have a strong genetic component are of interest because certain lifestyle choices can activate or de-activate genes that are associated with such illnesses. When it comes to lifestyle factors, dietary influences have received the lion’s share of scientific interest. The interplay between diet and gene expression has even been given a name: nutrigenomics. 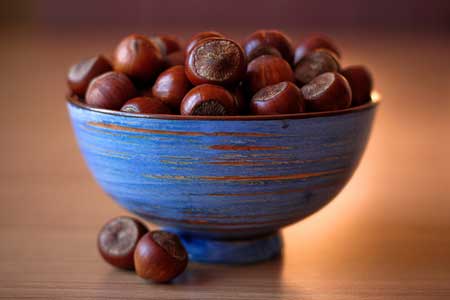 When I hear or read the words nutrition or nutrigenomics, I’m often reminded of the first three letters of both words: N-U-T. Nuts have arguably become the most widely acclaimed health foods of the past few decades. They’re embraced by both conventional and holistic physicians. Low-carbers and vegetarians likewise agree on their inherent value. Even advocates of low-fat, low calorie diets tend to sponsor their use in moderation. It’s exceedingly rare to find an entire class of food that unites such disparate groups in the health care universe.

In recent years I’ve personally moved away from consuming grains and stepped up my intake of nuts and seeds as a replacement. In general, I think a similar shift would serve many people well. But it’s always been a struggle to offer reasonable alternatives to many of the grain-based foods that have become deeply held fixtures in the modern diet. Today I’m going to provide a different take on the traditional hot cereal breakfast. You won’t find any brown sugar, honey, oats or wheat bran in this recipe. Instead you’ll notice a much improved proportion of healthy fats and protein. Much like the original version, this reinvention is also rich in fiber. However, the vast majority of carbohydrates and sugar have been left behind in the past where I think they belong.

salt or salt-substitute to taste

Directions: The preparation couldn’t be simpler. First chop the 100% pure cocoa bar into fine slivers. Combine the cocoa with the dry ingredients in a bowl and pour hot water on top. Stir until well blended and taste. Adjust the consistency (by adding water) and sweetener, if necessary, and enjoy. 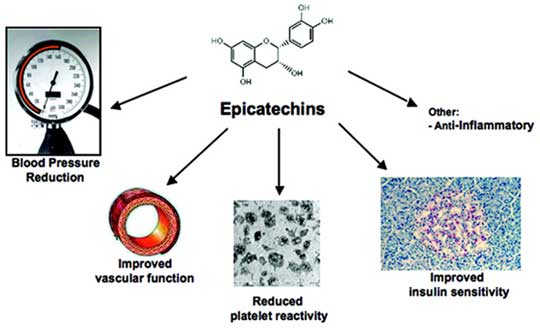 My decision to use hazelnut meal in this recipe goes beyond its delicious marriage with dark chocolate. Over the past several years, a number of studies have identified hazelnuts as potentially cardioprotective. This hypothesis was strengthened by a trial published in February 2010. The Turkish study in question evaluated the effects of a hazelnut-enriched diet over a 4 week period. The results of the trial were quite extraordinary:

The authors of the trial concluded that the cardioprotective effects of hazelnuts appear to extend far beyond their impact on cholesterol levels alone. They were particularly impressed by the antioxidant components of the nuts which may decrease the “atherogenic tendency of LDL” cholesterol. Other recent investigations tend to support these current findings both with respect to positive changes in cardiovascular risk markers and the previously mentioned antioxidant properties contained in the kernel and skin of hazelnuts. (1,2,3,4,5)

I tried to formulate this recipe in such a way so as to reach the largest possible demographic without sacrificing nutrient density. My first goal was to construct an ingredient list that would be suitable for omnivores and vegans alike. I wanted to ensure an optimal ratio of fat-to-protein while at the same time placing an emphasis on fiber content. The addition of pure cocoa into the mix not only satisfies taste buds but also contributes a good deal of powerful antioxidant phytochemicals. The sum total of these components yields a breakfast that may very well support improved cardiovascular + digestive health and could theoretically address blood sugar control and weight loss objectives as well. That’s my idea of what some experts call a “functional food”.