There’s a common perception out there that academics live in “ivory towers”. The papers and studies they publish often seem distant from the realities of life outside of the halls of academia. However some researchers clearly don’t fit this mold. An example can be found in the most recent edition of the American Journal of Clinical Nutrition. Within the pages of the journal resides a paper written by a staff member of the University of Washington. The topic revolves around a guide referred to as The Nutrient Rich Foods Index, a “formal scoring system that ranks food on the basis of its nutrient content”. The author of this particular paper set out to identify the most affordable, nutrient rich foods. 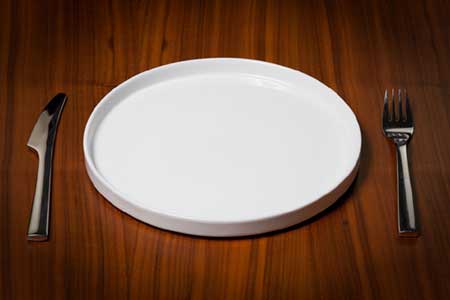 When examining the candidates for the most frugal protein sources, eggs turned up at the top of the list. But this observation will ultimately fall on many deaf ears because “eggaphobia” (ovaphobia) is still alive and well in the field of 21st century nutrition. I’m personally trying to dispel the myth that eggs are an unhealthy food. My hope is that a recently published study in the Journal of Nutritional Biochemistry will contribute to this cause. (1)

Researchers from the University of Connecticut set out to investigate the effects of a carbohydrate restricted (CR) diet or a CR diet + eggs on antioxidant and lipids levels. The subjects involved in the trial ate a diet that provided no more than 15% of calories from carbohydrates. In addition, the experimental group included a total of 640 mg/day of added cholesterol via egg consumption. Essentially, we have two diets that are high in cholesterol and fat, moderate in protein and low in carbs. Many health experts believe this is a recipe for cardiovascular disaster – especially the diet with the added eggs. However, that’s far from what the evidence shows:

The changes provoked by both diets are considered desirable in terms of protecting the cardiovascular system. But it’s clear from this research that the addition of eggs makes a carb restricted diet even healthier. The larger, “fluffier” LDL cholesterol molecules are considered protective, whereas the smaller variety are thought to be more threatening. Likewise, higher levels of HDL cholesterol is something that many cardiologists believe to be beneficial. Just the other day, I cited a study that drew a link between larger plasma concentrations of carotenoids and a reduced risk of heart attack incidence. Taken as a whole, it would seem that limiting carbohydrates and the fear of eggs could very well improve heart health considerably. (2)

Eggs Are An Excellent Source of the Heart Healthy Nutrient Choline

What’s one of the best ways to lower your risk of heart disease and save quite a bit of money in the process? This may come as a shocker but – you may need to eat less. However reining in your appetite and pushing away your plate is only part of the picture. It’s how you implement your reduction of food intake that matters the most.

A recent trial conducted in the Department of Kinesiology and Nutrition at the University of Illinois at Chicago investigated the consequences of alternate day fasting (ADF) in a group of 16 obese men and women. The study design was quite complex and involved three dietary phases: the first part was a 2-week baseline period that established the typical diet of the participants; the second portion of the study involved the use of a carefully controlled diet which yielded 75% fewer calories on alternate days for 4 weeks; the final phase allowed the volunteers to select their own food while still maintaining a 75% calorie deficit every other day. A variety of blood tests and body measurements were conducted throughout the course of the 10 week trial.

The researchers involved believe that the reduction of body fat and waist circumference may be responsible for the protective changes found in the cardiovascular blood markers that were measured. The concluding remarks of the study state that, “these findings indicate that reducing energy intake by implementing ADF (alternate day fasting) may decrease the risk of CHD (coronary heart disease) in obese individuals”. Two recent animal studies from the University of California at Berkeley and the University of Torino, Italy have come to similar conclusions. In fact, the Italian study went so far as to say that ADF may even slow the aging process via antioxidant and anti-inflammatory pathways. This is in line with previous findings that examined more severe forms of caloric restriction. (3,4,5)

Alternate day fasting appears to be a legitimate way to support healthy weight loss while improving overall health. But I wonder how much better the results of ADF would be if the diets used in the cited research emphasized healthier, whole foods. For instance, I’d love the see the results of an ADF study that utilized a carbohydrate restricted menu plan. Even better, perhaps they could add some eggs to the mix. The University of Illinois trial I highlighted employed a rather conventional menu which provided roughly 55% carbohydrates, 25% fat and 20% protein. Flipping those figures around *could* possibly yield some very interesting results. Hopefully that type of research will one day be conducted as well.