Natural medicine provides real solutions for health issues that literally span a lifetime. In today’s column, I’ve collected several items from the scientific literature that will illustrate this quite clearly. As you probably know, my goal is to have you all share at least one of these news items with someone in your sphere of influence. But some of today’s content involves rather prickly topics such Alzheimer’s Disease, constipation, menopause and Parkinson’s Disease. I realize that it may not be possible to just come right out and offer up advice about these somewhat sensitive conditions. However there’s almost always a creative way to disseminate such information. 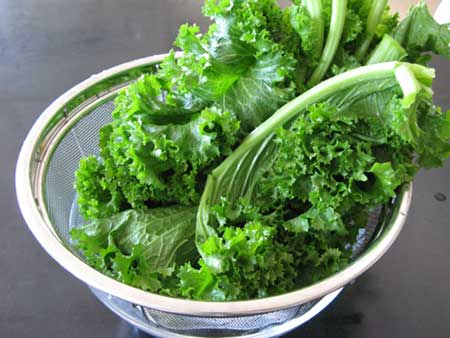 A study published this past month in the International Journal of Molecular Medicine presents the hopeful discovery that a combination of an antioxidant known as alpha lipoic acid (LA) and exercise (ET) can help protect against some of the progressive effects of Alzheimer’s Disease – in an animal model. Improvements in spatial learning and memory were present in the treated group of mice while being absent in mice that lead a sedentary lifestyle or who were exposed to only exercise or only alpha lipoic acid. The combination therapy also brought about positive changes in “the level of glucose transporter-1 and brain-derived neurotrophic factor proteins”. A potent antioxidant effect was similarly demonstrated in the LA + exercise group. The authors of the trial concluded that “these results suggest that the combination with ET and LA may contribute to protect the neuron injury induced by Abeta peptides and may be considered an effective strategy for human subjects suffering from AD”. Since AD is considered an incurable disease, presenting such information to the caregivers of AD patients may be a logical way to incorporate this breaking research. (1)

I don’t know about you but I don’t want to be dependent on any medication if it’s not absolutely necessary. My perspective is unlikely to change as I (hopefully) make it into my senior years. Speaking of which, new research from the University of Vienna offers a safe and effective alternative to long-term laxative therapy for senior citizens. The basis for this statement comes from the results of a 12 week study in a group of “30 frail patients” with ages ranging between 57-98 years of age. At the beginning of the trial, all the participants were taking laxatives. Half of the group was administered 5.2 grams of oat bran during the experiment. The remainder of the participants acted as a control group. It was determined that those receiving the oat bran decreased laxative use significantly. A side benefit of the fiber therapy was an improvement in Vitamin B12 bioavailability. This is the type of information that I believe should be shared with nurses and physicians in nursing homes. Much like the previous information about Alzheimer’s Disease, it can also be shared with family members who may be supervising the medical care of elder relatives. (2)

One of the more interesting discoveries of late is that the common B vitamin, folic acid, may help to reduce hot flashes in postmenopausal women. A group of 46 women with hot flashes were given either 5 mg (5,000 mcg) of folate or a placebo over the course of 4 weeks. Not only was the folic acid tolerated better than the placebo but it also resulted in subjective improvements in hot flash severity. Folate appears to lower the levels of the neurotransmitter norepinephrine, which “seems to be involved in the pathophysiology of hot flushes”. Women may feel quite comfortable sharing this information with other women. However, it may be awkward for men to broach this topic. If you’re one of those men, you could always pass the information along to a female friend of your sister or wife who might then give it to them! (3)

The standard treatment for Parkinson’s Disease (PD) generally involves the use of the medication levodopa. However this treatment is not without side effects. One of the more troublesome adverse reactions is a loss of bone density. A recent study published in the journal Movement Disorders investigated the effects of high dosage B-vitamin therapy on bone status in patients being treated with levodopa. A group of 42 PD patients were administered B vitamins (5 mg of folate and 1.5 mg of Vitamin B12), 1,200 mg of alpha lipoic acid or a placebo over a 12 month period. Those receiving the B-vitamins showed evidence of greater bone density in the femur shaft (2.8%), the lumbar spine (4.4%) and the total femur (2.8%). The alpha lipoic acid group only exhibited benefits in one test point – the trochanter (thigh bone). At the moment there is no known cure for PD. That’s why it vitality important to preserve the best possible health until a real cure presents itself. This new research could help toward that end. It would probably be of interest to anyone who is living with or treating PD. (4)

A group of Chilean researchers recently tested the hypothesis that pregnant women eating a Mediterranean diet could reduce the incidence of wheezing in their offspring. A total of 1,409 infants were accounted for in this scientific inquiry. Demographic data on respiratory function and parental food frequency questionnaires formed the basis for the evaluation. A generalized analysis seemed to shine a positive light on the Mediterranean diet and a reduced risk of wheezing in infants during their first year of life. However a more in-depth multivariate analysis determined that it was specifically the olive oil in the mothers’ diets that provoked a 43% lower incidence of wheezing in their babies. I think this is the sort of information that should be shared with pediatricians and women’s groups everywhere. Expectant mothers try to eat healthfully. But what exactly does that mean? Olive oil is likely to be one meaningful piece in the pregnancy-diet puzzle. (5)

There are all sorts of ways to spread health news around. You might print out one or two of these items and post them on a community bulletin broad. Perhaps you could include a few of these tidbits in family group e-mails or newsletters. Or do what I used to do: share the information on any of the hundreds, if not thousands, of health care forums that are currently active online. Whatever works for you is the best way to do it.