This edition of Twitter Thursday truly embraces the concept of holistic wellness. Without a healthy body, you can’t expect to have a truly balanced mind. Likewise, a tormented spiritual life can offset many of the benefits of productive lifestyle choices such as eating nutritious food, getting enough sleep and proper stress management. It’s a question of symmetry. Find the areas of yourself that are out of proportion and augment them for improved health and quality of life. Several of my favorite “tweeple” have some thoughts about how to accomplish this goal. 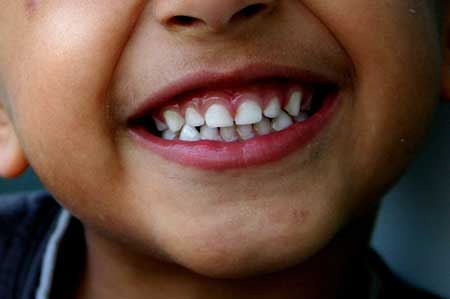 Dr. Eric Braverman is the founder of PATH Medical in New York, an integrative practice that utilizes cutting edge diagnostic tests, natural therapies and the judicious application of select medications to promote healthier aging. Recently Dr. Braverman tweeted the following: “Sensitivity to corn is one of the most common causes of food allergy, and, in general, the most difficult food in the diet to avoid”. This appears to be supported by recent studies that have looked into this topic. A February 2010 analysis conducted at the University of Auckland, New Zealand determined that corn and corn products “are typically considered detrimental” in patients living with Crohn’s disease. An Italian study presented in the journal Clinical & Experimental Allergy concluded that “Maize is a cause of IgE-mediated allergic reactions to foods in adults and children”. The noted sensitivities can range from mild to rather severe, including the possibility of anaphylaxis when higher dosages of corn are consumed by sensitive individuals. However, I would add something to Dr. Braverman’s original statement. Avoiding corn becomes much easier if you follow a whole food diet. Hidden corn is rather ubiquitous in processed foods. (1,2,3)

Next, a brief trip “over the pond” to visit Dr. John Briffa of Highgate Hospital in London. One of his most current posts on Twitter links back to his own blog where he discusses a study about the relative merits of mammograms. In his column, he quotes from a newly published Danish study: “Over a 10-year period where screening could have saved lives in women of an age who might benefit from screening (women aged 55-74), death rates from breast cancer fell by 1 per cent per year. This decline was not statistically significant. In comparison, death rates in non-screened areas fell by 2 per cent per year over the same time period. And this fall was statistically significant.” Ultimately, John doesn’t take a specific position about the generalized practice of mammography. Instead, he simply calls for more honest debate on the subject. Nonetheless, it’s an interesting read and something that women should inquire about prior to their next mammogram. (4,5)

One of the finer aspects of Twitter is that you’ll often learn about original content from online friends. One of my buddies in the low carb community is Jimmy Moore of Livin’ La Vida Low Carb. This past week, Jimmy “retweeted” an interview by David Edelman of Diabetes Today with Dr. Richard Bernstein. The Q&A session is provided in both audio and text format. Here are a few of the more intriguing quotes from that exchange:

As you can see, Dr. Bernstein doesn’t pull any punches. Part of the reason for this is that he knows that rigorous science is in his corner. The most recent studies examining the effects of diet on blood sugar control and cardiovascular health in diabetes clearly indicate that higher fat, moderate protein, and lower carbohydrate diets are the way to go for most type 2 diabetics. But many patients with blood sugar disorders are unlikely to learn about this from conventional physicians. Perhaps it’s reality that drives Dr. Bernstein’s passion. (6,7,8,9,10)

I first learned about Gretchen Rubin from another Twitter Thursday regular, Dr. Michael Eades. Gretchen is the author of a book entitled The Happiness Project which she describes thusly: “a memoir of the year I spent test-driving the wisdom of the ages, the current scientific studies, and the lessons from popular culture about how to be happy–from Aristotle to Martin Seligman to Thoreau to Oprah”. Speaking of scientific studies, Ms. Rubin recently posted a link on Twitter which fascinated me. The link shuttles you to a study published in the journal Psychological Science which examines the correlation between smile intensity and life expectancy. The subject pool for the inquiry involved 196 Major League Baseball players. Some of them were still alive and others were deceased. The ballplayers were specifically chosen because detailed statistics were available on them and they also “represent a homogeneous occupational group”. Of those who died, there was a strong association between the smile factor in their baseball photos and longevity. (11,12,13)

Twitter and social media in general are great ways to promote charitable and niche causes. Several months ago I interviewed Howard B. Schiffer the president of Vitamin Angels. In closing I want to highlight one of their current projects that is attempting and succeeding in providing vital nutrients to children in need in Northeastern Guatemala. This is one of the poorest regions of the country which has largely been devastated by chronic malnutrition and drought. Nutrition related mortality rates for children in this region range from 14-19% (Vitamin A deficiency) to 38% for anemia (iron deficiency). Vitamin Angels is partnering with Faith in Practice to help turn this tragic tide. Please consider learning more about their valuable efforts. Also, if you happen to work or volunteer for a charitable organization that isn’t currently on Twitter, you might want to think about jumping into this burgeoning social network. It may very well help you reach a previously untapped audience. I’ve personally seen this work for me and others. (14,15)