I recently had the distinct pleasure of interviewing Krista Varady, one of the leading researchers in the field of alternate day fasting (ADF). By my count, Dr. Varady has co-authored six studies and two scientific reviews on the effects of ADF and caloric restriction in both animal and human models. In addition, there are several other trials that are complete and/or in the works that will hopefully be published in the near future. Dr Varady was extremely generous with her time and imparted quite a lot of information. So without further ado, here’s part one of my two part interview with Dr. Krista Varady of the University of Illinois, Chicago. 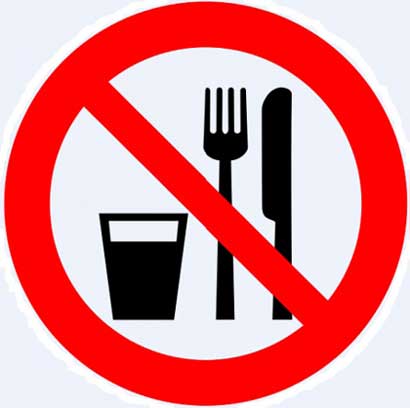 JP: What is it about alternate day fasting and caloric restriction (CR) that interests you?

Dr. Varady: Well first of all, I basically started out in my PhD program wanting to research lifestyle interventions to help prevent chronic diseases – so heart disease risk and cancer risk. When I first started, I was looking at nutraceuticals, so certain plant supplements such as plant sterols to lower cholesterol levels and help prevent heart disease. And basically, when I was doing these studies, I noticed that the people that were losing weight always saw the best changes in disease risk indicators. So that kind of spurred my interest in weight loss studies, and calorie restriction happens to be the main weight loss regimen.

JP: Can you help explain the distinctions between alternate day fasting and caloric restriction?

Dr. Varady: Caloric restriction is basically daily calorie restriction where an individual would restrict themselves by about 15% to 40% of their energy needs daily. So basically every single day you’re undergoing the same amount of restriction, whereas alternate day fasting involves a fast day wherein the individual would only eat 25% of their energy needs. So about 500 calories or so and that’s alternated with something called a “feed day” where the individual would eat ad libitum – so as much as they want. However in our studies we show that people end up losing weight because they can’t fully make up for the lack of food on the fast day on the feed day.

JP: Are you aware of any significant differences in how individuals experience ADF vs. caloric restriction?

Dr. Varady: What intrigued me about alternate day fasting was that it seems that people can actually adhere to it a little bit better than daily caloric restriction. So with daily caloric restriction you are restricting every single day and basically you end up going to sleep feeling kind of hungry. Where as with alternate day fasting even though you do undergo a really extreme fast day or extreme caloric restriction day you can always look forward to the next day. And you can pretty much eat whatever you want. I really do think it will help to increase adherence within these kinds of regimens, because with calorie restriction, adherence tends to drop off after about 8 weeks or so. That’s what’s been shown in a lot of studies.

JP: How long does it generally take for people to adapt to this new way of eating?

Dr. Varady: A lot of the subjects were saying that for the first two weeks it was pretty tough to basically change from a 3 meal a day eating pattern to just eating 1 meal a day and then 3 slightly bigger meals the next day. But they said that about after two weeks they totally got used to it and weren’t that hungry on the fast day anymore. They could undergo these really long periods of fasting without really feeling deprived. The other interesting thing that they were telling us was with regard to the feed day. The people didn’t binge. They only ate about 100% to 110% of their calorie needs.

JP: I noticed a particular detail when reviewing your study that appeared in the March 18th edition of the journal, Obesity. In that experiment, the participants were required to eat only one meal on their fast days during the time frame of 12:00 PM – 2:00 PM. Is there a specific rationale for this?

Dr. Varady: The whole reason we even put a time frame in there was to control for the fasting period. It would be a slightly different study if we allowed them to eat the lunch time 500 calorie meal throughout the day. Their bodies wouldn’t go into a fasting state. We picked 12:00 – 2:00 because we wanted it to be right in the middle of the day. So they were waking up fasted and they basically had to wait a couple of hours until they could eat. If you give the calorie load in the middle of the day, it’s been shown to improve people’s work capacity. Whereas if you give them the meal right in the morning a lot of people will feel horrible by the middle of the day. It’s just from reading other fasting studies.

JP: Is it fair to say that you believe that the actual practice of prolonged fasting may impart added benefits beyond that of just reducing calories on alternate days?

Dr. Varady: That’s another study I want to design to see if we actually see different effects if we compare people on alternate day fasts that are consuming their meals within that amount of time (12:00 – 2:00) compared to people that are allowed to eat throughout the day. I think that if we did do that study, we’d actually see better effects from people doing the confined eating period. I think our bodies are used to that from the hunter-gatherer days where we’d have days of plenty where we could eat a bunch and then all of a sudden there was nothing out there and we’d have to fast. So I think our bodies are capable of doing that.

JP: I have one final question about the distinctions between ADF and CR. There have been numerous health effects associated with caloric restriction based primarily on animal studies. Can similar results be expected with regard to alternate day fasting?

Dr. Varady: With respect to heart disease risk indicators, we pretty much saw the same things happen. So we saw total cholesterol go down as well as triglycerides. And those are things we’re seeing in both the mouse models and in humans.

I’m going to end the first part of the interview at this point. Part two will focus on the past, present and future of alternate day fasting. Some of the topics that will be discussed will include anti-aging, cancer, cardiovascular disease, diabetes, exercise and the role that nutritional supplements could play in the context of ADF.