Today, I’m going to attempt the impossible. Simply put, my goal is to make the case that cheesecake can be a health food. You read that right! Cheesecake is a health food. Of course I’m not just talking just any kind of cheesecake. There are a few substitutions that need to be made. But the good news is that the end result will hopefully be as equally pleasing to your palate as the unhealthy version to which most people have become accustomed. 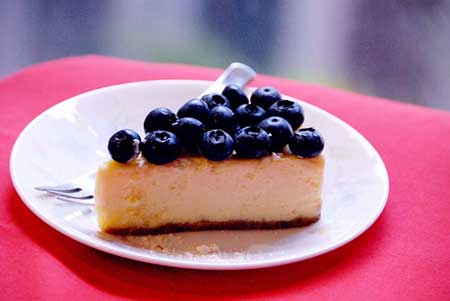 First and foremost, let me just lay this out there: I’m not exactly a skilled technician in the kitchen. In general, I try to find good source recipes and then I adapt them in such a way as to make them appropriate for my diet and for sharing with you. Essentially what that means is that the culinary creations you’ll find on my site will be: a) 100% natural; b) relatively easy to prepare and; c) delicious, I hope.

The first obstacle to overcome is the question of wholesomeness. How in the world can a decadent desert such as cheesecake be health promoting? The simple answer is that it can help replace other foods which are known to harm the body, namely sugar sweetened treats. My recipe is indeed rich in fat, but it’s very low in carbohydrates and contains no added sugar. I know that many of you have read or been told that high fat foods are detrimental. But that’s generally not what the actual science tells us. Here are three recent examples that support the point of view that carbohydrates, not fat, are responsible for many of the most common health issues of the day.

Myth # 1 – You need to eat plenty of carbohydrates if you exercise.

A study in the April 3rd edition of the European Journal of Applied Physiology investigated the effects of a high carbohydrate (high CHO) vs. a low carbohydrate (low CHO) diet in young men and women. The test groups engaged in a set of 10 eccentric exercises followed by either high or low CHO foods during an 8-hour post exercise recovery stage. Blood tests that measured inflammatory markers were taken pre-exercise and at various intervals over a 24 hour period. Subjective measures of “perceived muscle soreness” and “strength loss” were also registered. Researchers from Montana State University noted that the participants exhibited greater muscle soreness and higher levels of certain inflammatory substances such as interleukin (IL)-1beta and interleukin-6 when consuming the high carbohydrate diet post exercise. The authors of the study concluded that “inflammation induced by high-force eccentric exercise in skeletal muscle is greater when a high CHO compared to a low CHO diet is consumed during recovery”. (1)

In recent years, there’s been a trend of increased birth weight and subsequent levels of childhood obesity. Part of the reason for this phenomenon is excess maternal weight. The end result of both of these unhealthy states is “an increased risk of perinatal trauma to both mother and infant”. One of the primary causes of “fetal macrosomia (birth weight >4,000 g)” is elevated blood sugar during pregnancy. And dietary carbohydrates are the most powerful dietary influence on blood glucose concentrations in mothers-to-be. A review presented in the March 2010 issue of the British Journal of Nutrition suggests that “consuming a low-GI diet during pregnancy reduces peaks in postprandial glucose levels and normalizes infant birth weight”. A low-glycemic index diet is an eating plan that generally emphasizes fat, fiber and protein and neglects starches and sugars. This way of eating yields a minimal impact on blood sugar levels. The lowest glycemic diet known to man is a low carbohydrate diet. (2)

This is yet another unfounded concern. Researchers from the Department of Pediatrics at the University of Colorado, Denver provide the latest nail for this coffin. Forty-six “severely obese adolescents” were placed on one of two diets over a 13 week period: 1) a high protein, low carbohydrate HPLC diet or; 2) a low fat diet LFD. The HPLC diet contained less than 20 carbs per day. The LFD consisted of less than 30% of calories coming from fat. Baseline and follow-up examinations were provided up to the 36 week point. The low carbohydrate group demonstrated a significantly greater reduction in body mass index. Furthermore, “No serious adverse effects were observed related to metabolic profiles, cardiac function, or subjective complaints”. (3)

I hope the information I’ve just presented will put your mind at ease about the following recipe. Remember that any healthful diet doesn’t just consist of what you eat. What’s equally important is what you don’t eat. In practical terms, this cheesecake recipe will nourish you and keep you satisfied much longer than its sugar-laden counterparts.

(Crust)
1 cup of almond flour/meal
2 Tbs of butter (melted)
1 packet of Soooo Sweet! stevia
a pinch of NutraSalt or salt

Begin by pre-heating the oven to 350 °F. Mix the almond meal, butter, salt and stevia in a bowl. Pour the contents into a springform pan or a deep dish pie pan. Press the moist mixture into the bottom of the pan until the base is evenly covered. Place the pan in the oven and “blind bake” it for about 10 minutes. Start checking the oven at about the 7 minute mark. Remove the pan as soon as the crust becomes fragrant and begins to brown. It’s better to pull it out slightly before it’s time rather than risk burning.

Reset the oven temperature to 400 °F. Combine all of the wet and dry ingredients for the filling in a large bowl. Blend using an electric hand mixer – alternating speeds until everything is fully incorporated into a smooth, velvety consistency. Pour the creamy mixture into the pie dish or springform pan. Place the pan on a baking sheet before sliding it into the oven. Once the pie is in the oven, lower the temperature to 200 °F. The baking time will vary from oven to oven. The cheesecake required approximately 90 minutes in our oven. But you may want to start checking it at about the 60 minute mark – looking for a firm-ish consistency on the outermost portion of the cake and a slightly moist or un-set center. Once you reach that point, pull the cake out of the oven and allow to cool at room temperature. Once it’s sufficiently cool, place it in the refrigerator for at least 2-3 hours prior to serving. Top with sugar free blueberry or strawberry preserves or freshly whipped cream, if desired. 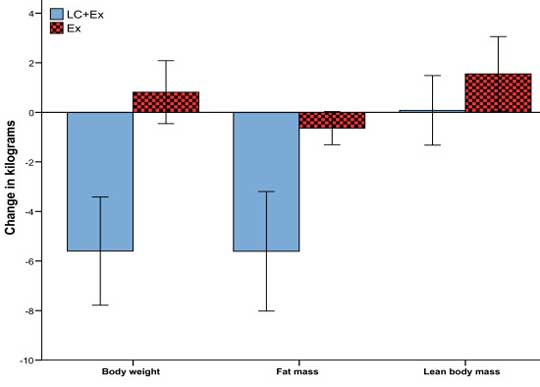 As you probably noticed, my sweetener of choice is once again stevia. A recent review by the National Standard Research Collaboration evaluated the current state of evidence on this plant-based, non-caloric sugar substitute. The authors of the summary point to two aspects of health that may benefit from the use of stevia: hyperglycemia (high blood sugar) and hypertension (high blood pressure). In addition, a newly published study in the journal Appetite verifies that stevia doesn’t negatively affect “hunger and satiety levels” – a concern that has been leveled against beverages and foods containing certain artificial sweeteners. As a matter of fact, this particular trial found that stevia consumption actually lowered post meal blood sugar and insulin levels in a group of 31 healthy and obese men and women. (4,5)

I want to thank Laura Dolson for providing the inspiration for today’s low carb cheesecake. For those of you who don’t know Laura, she’s a wonderful resource for all things low carb. I highly recommend that you visit her site for practical tips and suggestions about healthy living sans excess carbohydrates. Ms. Dolson’s recipe allowed me to create an unconventional cake for my wife’s birthday this past week. I’m genuinely grateful for that. I hope you all enjoy my own version of that recipe as much as we did. (6,7)