Natural Remedies in the News

What do the following conditions have in common? Age-related memory decline; high-grade gliomas (brain tumors); hyperlipidemia (elevated cholesterol and triglycerides), polycystic ovary syndrome (PCOS) and stroke? According to several recent studies, all of these health concerns may be responsive to natural therapies. 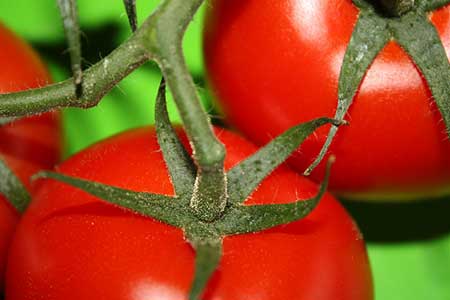 A combination of 500 mg of ALCAR (Acetyl-L-Carnitine), 400 mcg of folic acid, 500 mg of NAC (N-acetylcysteine), 400 mg of SAMe (S-adenosylmethionine), 6 mcg of Vitamin B12 and 30 IUs of Vitamin E may improve cognitive performance in men and women not living with dementia. This is evidenced in a newly published trial conducted at the University of Massachusetts, Lowell. Specific measures of mental acuity such as the California Verbal Learning Test II and the Trail-Making Test clearly demonstrated enhanced cognition in participants who were using a supplement containing the previously mentioned nutrients. However the positive impact on mental functioning only presented itself in test subjects under the age of 74. The authors of the experiment theorized that the older volunteers may have “age-related difficulties in absorption and/or basal nutritional deficiencies” which affected their response to the brain boosting pill. (1,2)

As expected, those receiving the oral lycopene exhibited significant elevations in plasma lycopene levels. More importantly, the lycopene supplemented patients demonstrated a higher response rate to the overall cancer therapy and a longer “time to progression” (see table). The authors of the randomized placebo controlled study concluded that “Addition of nutritional supplements such as lycopene may have potential therapeutic benefit in the adjuvant management of high-grade gliomas”. (3)

Polycystic ovary syndrome (PCOS) is a common hormonal condition that generally affects women during their reproductive years. It is often characterized by abnormal menstruation, acne, infertility, insulin resistance, masculine characteristics and weight gain. A special form of the antioxidant alpha lipoic acid may be of assistance to young women who are living with PCOS. A pilot study was recently completed on 6 “lean, nondiabetic patients with PCOS”. All of the volunteers were given 600 mg of controlled-release alpha lipoic acid twice-daily. Various blood markers were analyzed at baseline and the completion of the 16 week trial. A 13.5% improvement in insulin sensitivity, a reduction in triglycerides and a “shift in distribution of low-density lipoprotein (LDL) particles toward the larger, more buoyant LDL subclass fraction” was noted. It is believed that the larger variety of LDL cholesterol may protect against heart disease, whereas the dense, small variety has been associated with a higher risk. In addition, two of the study participants who were not using birth control reported an increased number of menstrual cycles. This is a sign of improved PCOS status. (4)

It may surprise you to know that I’m actually not a big believer in using generalized cholesterol figures in assessing overall heart health. However, I do think the ratio of HDL (“good”) cholesterol to triglycerides (TAG) may be an important indicator of cardiovascular status. Eating a low glycemic diet that’s rich in omega-3 fatty acids is a great way to promote a healthy HDL/triglyceride ratio. But there’s a relatively new supplement on the block that may provide some additional support if needed. Pomegranate seed oil (PSO) is rich in a fatty acid known as punicic acid that may have “anti-atherogenic effects”. A recent study examined the effects of 400 mg of PSO twice-daily vs a placebo in 51 patients with elevated cholesterol and triglycerides. Blood tests were taken before and after the 4 week intervention. The results indicate that “administration of PSO for 4 weeks in hyperlipidemic subjects had favorable effects on lipid profiles including TAG and TAG:HDL-C ratio”. (5,6,7)

Finally, an 8 year population study involving over 19,000 men and women from Germany determined that those who ate the most chocolate were at a 39% decreased risk of heart attack (myocardial infarction) and stroke. Lower blood pressure is suspected as a major cause for the noted protection. Those in the top quintile of chocolate intake exhibited lower diastolic and systolic blood pressure readings than the adults in the lowest quintile of chocolate intake. (8)

Certain nutrients may improve mental performance, but they tend to work best if you start taking them prior to the onset of dementia. Prevention is the key. It’s possible that certain natural remedies may be compatible and complementary to conventional cancer treatments. More studies are desperately needed in this arena. Controlled-release alpha lipoic acid may improve risk factors associated with polycystic ovary disease. A lower glycemic diet and pomegranate seed oil seem to be safe options for improving “real” cardiovascular risk markers. And then there’s chocolate. What more can I say about cacao that I haven’t already said? It’s a wonder food – provided that you eat the real thing. Make sure to look for dark chocolate products that have a high cocoa content (70% or more) and are low in sugar or sugar free. That’s all the news I’ve got for you on this Monday. I hope you’ll share some of these new items with the people in your life who might benefit from knowing about them.


10 Comments & Updates to “Natural Remedies in the News”