In part two of my interview with Dr. Krista Varady of the University of Illinois, Chicago we address some of the finer points about alternate day fasting (ADF). The truth of the matter is that research into ADF is still in its infancy and Dr. Varady is the first person to admit it. But that doesn’t take away from the fact that this form of eating is quickly becoming one of the hottest topics in the realms of anti-aging and preventive medicine. In essence, we’re getting a sneak preview into what may well be one focus of health care in the future. 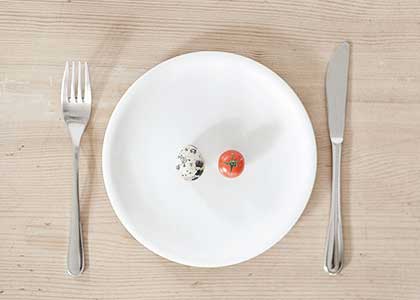 JP: You authored a study in the June 2009 edition of the journal Metabolism which compared the relative effects of a high fat or low fat ADF diet – in an animal model. Can you please offer an analysis of what was discovered during that experiment?

Dr. Varady: It’s great that you’re interested in that because we’re trying to recreate that in humans now. That’s going to be another study I’m hoping to do in the next year. So basically the objective of the that study was to see if you’re doing an alternate day fasting approach, but you happen to have a really high fat background diet, will alternate day fasting still work to reduce heart disease risk? So what we found with the animals is that it didn’t really matter what the background diet was. If you had low fat or high fat you pretty much saw the same effects on disease risk indicators. (1)

JP: In the April 2009 issue of the journal Nutrition, you also examined the effects of varying levels of fat intake while on an ADF diet on cell proliferation. What did you find there?

JP: One my readers was wondering what type of result one could expect when combining a vigorous exercise routine and/or weight lifting with alternate day fasting. Are these strategies compatible?

Dr. Varady: The study we’ve just started right now is combining alternate day fasting with exercise to see if people lose more weight and to see changes in lean mass and in fat mass. Hopefully we’ll have an answer within the next year or so. I think, honestly, if people wanted to do this long term we would definitely have them on some type of multi-mineral and multi-vitamin supplement, just because they are calorie restricted and if they’re not eating high quality, nutrient dense foods, they do run the risk over several months to become nutrient deficient in terms of macronutrients – so protein and that type of thing. I think because you are calorie restricting you’re also protein restricting, unless you’re doing protein drinks on your feed day. I think it would be difficult to build muscle mass. I’m not sure if you’d lose it. I think that for people that are undergoing resistance training, it might not allow for them to build as much muscle as they would if they were taking protein supplements. That’s something we are testing out.

JP: It seems as though ADF provides a very broad array of health benefits. Do you have a theory about why this is possible?

Dr. Varady: In the human data the main thing you see is weight loss. Even if it’s done in normal weight people. The minute you start losing weight you all of a sudden see an improvement in the majority of these factors. A lot of the effects of alternate day fasting are mediated through weight loss. Losing weight is so tightly correlated with your blood pressure, your cholesterol levels and heart rate, etc.

JP: I’m fascinated with the role that blood sugar control and insulin sensitivity play in various aspects of health. Does ADF have any significant impact on how the body manages blood sugar and insulin levels?

Dr. Varady: Beyond the weight loss, fasting might play a role in that. You’re not having food come into your body. Therefore you’re not having insulin released by your pancreas. So really you’re having this time where there shouldn’t be much insulin circulating around in your body, which is a good thing because insulin is lipogenic. So it basically causes your fat to be stored and not broken down. It also interacts with certain growth hormones – IGF (insulin-like growth factor) for one, which is related to growth hormone. And that can actually stimulate cell proliferation. So insulin does play a role potentially in cancer risk.

JP: Many people are interested in learning about natural ways of slowing down the aging process. Is ADF a good candidate in this arena?

Dr. Varady: If you have a diet that will slow the rate of cell turnover that’s actually slowing aging technically. I think there’s definitely going to be more data coming out regarding that. I guess after we do most of these weight loss and heart disease efficacy trials, I’d also be interested at looking at the aging process as well

In my Q&A with Dr. Varady one thing became abundantly clear. This is a scientist who is doing extremely important work and is doing so in a refreshingly ethical manner. During the course of our interview, I learned that various publishers were courting her to write a book about alternate day fasting. When will it be released? Probably not for a while. Dr. Varady believes that much more research is needed before anyone should be selling this idea. She is also quite forthcoming about the fact that ADF may only appeal to about 10% to 20% of dieters. In fact she personally tried the diet out for herself and admitted that it is was “tricky at the beginning” and that her personal preference is to control weight using daily calorie restriction. But ultimately what drives her is the glimmer of hope that the initial studies provide. In addition, she mentioned getting preliminary feedback from fellow physicians who have benefited from implementing ADF programs in their own lives. I’d say this is one researcher we should all follow with great interest and support in any way possible.