Every column I write contains the most accurate and current information of which I’m aware. However, the research I provide is simply a snapshot of what is known at that given time. I’m well aware that soon after I post a blog, there’s more data that could and should be added to the mix. That’s why from time-to-time, I revisit some of the more popular topics and build upon the previously reported research. This is part one of a two part update that will conclude on Friday of this week. 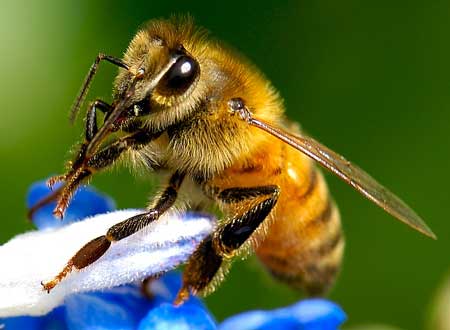 Update #1 – What’s the latest and greatest news about whey protein?

I often recommend using whey as a supplemental protein source because of its stellar amino acid composition. The most common use of this nutrient-packed powder is to support lean body mass and assist with weight loss goals. But what’s often lost in the discussion is that it also provides certain health benefits that are unrelated to body composition. A case in point can be found in the April 2010 edition of the British Journal of Nutrition. There, researchers examined the effects of casein (milk protein) vs. whey protein in a group of 70 overweight men and women. The average age of the participants was 48 years. The study took place over a 12 week period. Those receiving whey protein isolate demonstrated several advantages in comparison to the casein users:

The authors of the trial concluded: “The present study demonstrated that supplementation with whey proteins improves fasting lipids and insulin levels in overweight and obese individuals”. It’s important to note that the changes in insulin and lipids did not appear to have any connection to weight loss – as neither the casein or whey groups lost weight during the trial period. (1)

Update #2 – What’s the latest and greatest news about Rooibos tea?

In May 2009 I wrote a piece about Rooibos tea and its potential application in people living with diabetes. Heart disease is a frequent cause for concern in those with blood sugar disorders. A new study published in the journal Public Health Nutrition offers some insight into the role that Rooibos may play in combating cardiovascular complications. Swedish scientists examined extracts of black tea, green tea and Rooibos in order to establish the mechanism by which they might support cardiovascular health. In order to do so, 17 health volunteers were given 400 ml of each tea on separate occasions. The researchers tested the concentrations of angiotensin-converting enzyme (ACE) and nitric oxide (NO) at baseline, 30 minutes, 60 minutes and 180 minutes post tea consumption. Rooibos tea was found to inhibit ACE activity after 30 and 60 minutes. Green tea also exhibited select ACE inhibiting effects. ACE and NO play key roles in promoting healthy circulation. Many of the most popular prescription medications address these factors in diverse conditions, such as congestive heart failure, erectile dysfunction and hypertension. (2)

Update #3 – What’s the latest and greatest news about guided imagery?

Guided imagery is one of my favorite mind-body techniques because it uses one’s imagination to promote healing. Many years ago I heard it described in the following manner: “Guided imagery calls upon the natural pharmacy that resides within the body”. Researchers at the Indiana University School of Nursing recently conducted a study on the potential of guided imagery in patients with osteoarthritis (OA). Thirty older men and women with OA were enrolled in a 4 month trial comparing the efficacy of guided imagery with relaxation vs. “a sham intervention”. The participants who engaged in the guided imagery protocol reported “a significant reduction in pain from baseline to month 4 and significant improvement in mobility from baseline to month 2”. There was also a documented reduction in the use of pain relieving medication in those practicing guided imagery. (3)

Apitherapy is an alternative treatment that is sometimes used to address autoimmune and inflammatory conditions such as multiple sclerosis and rheumatoid arthritis. New evidence presented in the journal Cancer Letters postulates another avenue of research worth investigating: cancer treatment. A preliminary animal and test tube investigation revealed that honeybee venom (BV) demonstrates potent activity against lung cancer cells and lung cancer tumors in a mouse model. In the mice, a reduction in tumor volume of up to 62% was detected. There was also a decline in risk of cancer spread (metastasis) and an improvement in survival time. This is obviously only the beginning of research into this topic. However, the scientists involved remarked that “the tumor-specific anti-angiogenic activity of BV takes effect during different stages of tumor progression by blocking the tyrosine phosphorylation of VEGFR-2, and validates the application of BC in lung cancer treatment”. (4)

Over the past year and a half I’ve covered hundreds of different health topics. I’ve updated many of them as new information becomes available. However I’m sure I’ve missed some as well. If you ever come across any of my older entries that you’d like me to update, please let me know. Not only do I want to keep the research on this site current, but I also want to pay particular notice to the subject matter that interests you the most. That’s why your feedback is always helpful and most welcome.