There are two new contributors in today’s edition of Twitter Thursday. This week I’ve included entries by Dr. Belleruth Naparstek, a psychotherapist and world renowned expert in guided imagery and Fredrick Hahn the author of the best selling books, The Slow Burn Fitness Revolution and Strong Kids Healthy Kids. In addition we have a few returning figures from the Twitter health scene: Dr. Jonny Bowden, Rick McGuire and the LA Times. 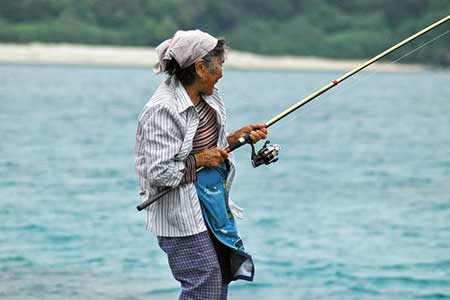 In yesterday’s column, I described the role that guided imagery can play in reducing arthritic pain. A recent tweet by Dr. Belleruth Neparstek illustrates yet another benefit of this mind-body technique. This time the focus centers on Parkinson’s disease (PD) related tremors. A comparison of calming music, guided imagery or “self-relaxation” in 20 patients with PD reveals that guided imagery leads to a more significant reduction in tremors per minute. The symptomatic relief wasn’t nearly as evident in those listening to calming music. In addition, it was noted that those practicing self-relaxation demonstrated no meaningful effect at all. (1,2,3)

Fredrick Hahn is an exercise pioneer who advocates a low carbohydrate approach to physical fitness and overall wellness. He recently drew my attention to a chain of restaurants by the name of Ruby Tuesdays who have instituted a welcome change to their menus. They now list the “Net Carb” count for select “Smart Eating” entrees. The term “net carbohydrates” refers to the amount of non-fiber carbohydrates that are present in food. Example: If a meal contains 10 grams of total carbs and 6 of them come from dietary fiber, then the “net carb” count would be 4 grams. In essence, this formula identifies the number of carbohydrates that will impact your blood sugar levels and prompt insulin release. This is a very helpful tool for anyone who’s trying to discourage the development of diabetes and promote a healthier weight. (4,5,6)

Rick McGuire is the source of this next piece. A few days ago he posted this provocative tweet: “Brain fuzzier than you’d like? Brief meditation as good as coffee in clearing away mental cobwebs”. This proclamation is based on a new study published in the journal Consciousness and Cognition which compared the relative effects of 4 sessions of meditation vs. “listening to a recorded book” on measures of mood, verbal fluency, visual coding and working memory. The researchers found that a brief course of meditation lead to a reduction in anxiety, fatigue and various measures of improved cognitive functioning (executive functioning, improved visuo-spatial processing + working memory and increased mindfulness). The authors of the study concluded that, “4 days of meditation training can enhance the ability to sustain attention; benefits that have previously been reported with long-term meditators”. (7,8,9)

One of my favorite Twitter finds comes from Dr. Jonny Bowden – natural health’s own “Renaissance man”. On April 20th he posted a message that offers up 7 tips for living a healthier and longer life. I’m happy to report that I agree with all of his recommendations. Here’s an overview of what he suggests: 1) eat more wild salmon and grass-fed meat; 2) consume antioxidant-rich berries on a regular basis; 3) supplement with Vitamin D every day; 4) live life in a meaningful way with a strong sense of purpose; 5) practice deep breathing or other forms of stress management daily; 6) exercise with weights twice a week to prevent age-related muscle loss; and 7) consider drinking, eating or supplementing with resveratrol – the “red wine molecule”. (10,11)

The US Food and Drug Administration is putting a lot of pressure on the food industry to reduce the sodium content of processed foods according to a current tweet by LA Times reporters Andrew Zajac and Melissa Healy. In all likelihood this sodium shift will one day come to pass and may yield some collective health benefits. But what’s important to remember is that lower sodium content doesn’t necessarily result in genuinely healthy food. Excess salt is but one of many problematic ingredients in most commercially processed foods. The trouble is that the FDA can never convince the food industry to make the one change that would dramatically improve the health of this nation and beyond because it would bankrupt the industry. Eating natural, whole foods or making recipes from said ingredients is the single best way to modify sodium consumption and simultaneously enhance potassium intake. This is good news for family farmers and ranchers, but an unwelcome reality for conventional food manufacturers. (12,13)

It’s funny the connections your mind makes when looking at seemingly unrelated items. When I scan the information from this week’s Twitter Thursday I can’t help but notice how commerce and the human body both react to specific stimuli. Based on the research presented, it’s apparent that conscious mind-body practices such as guided imagery and meditation can transform the way we function and think. Furthermore, the daily lifestyle choices we make can also improve the odds of living a longer, quality filled life. We see examples of this in so-called “Blue Zones” around the world such as in Okinawa, Japan. But beyond that, I believe that the small victory I reported on regarding Ruby Tuesdays’ menu and the effort of the FDA to curb salt intake are directly linked to a shift in consumer consciousness. Businesses and governments are beginning to take notice of a widespread desire for healthier options. The more we allow our voices to be heard, the more we can take part in the many changes that are certain to come and will affect us all in one way or another.