I watched a tragically sad piece on last weekend’s edition of the news program 60 Minutes. A series of patients with life threatening illnesses fell prey to a con artist who claimed to be able to heal them via natural remedies and stem cell treatments. This segment really hit home because it was a stark reminder that hope must be doled out judiciously. I believe the defining difference between well placed and false hope can be summarized in one word: evidence. Hope with a foundation that is evidence-based can be constructive and sometimes yields dramatic outcomes. On the other hand, false hope leaves patients vulnerable to exploitation and heart break. 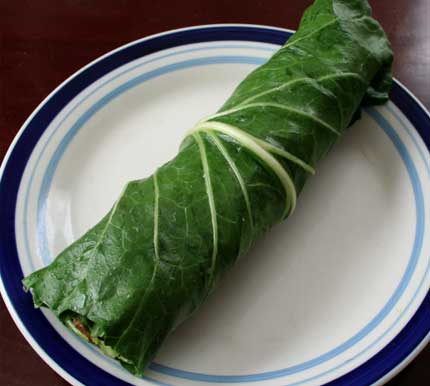 This is technically part two of an update that I started on Wednesday with an added focus on the theme of hope. My objective is to illustrate that hope can be well founded in the field of alternative and holistic medicine.

Osteoarthritis is an extremely common degenerative condition. Most conventional doctors have no expectation that the progression of arthritis can be halted or slowed by conventional or natural means. What’s more, they generally take the stance that powerful and potentially dangerous medications need to be employed in order to control the symptoms of this chronic condition. As a result, many patients turn to nutritional supplements in the hope that they might ease the pain and, maybe, just maybe, slow the rate of decline. Some people do, in fact, find that nutraceuticals such as glucosamine sulfate help to achieve these goals. But others aren’t so lucky. If you’re one of those people in the latter group, take heart. A new study suggests that a “once daily enzymatic hydrolyzed collagen” supplement may work significantly better than glucosamine sulfate. The trial in question involved 100 men and women and lasted 13 weeks. The specific dosage of the collagen used (Colatech) was 10 grams per day.

Update #2 – What’s the latest and greatest news about lutein?

Retinitis pigmentosa (RP) is another progressive disease. As its name implies, it affects the retinas of the eyes. The expected trajectory of this ocular condition leads to a decline in nighttime vision, peripheral vision loss “tunnel vision” and eventually central vision loss in its advancing stages. New evidence provided by the Massachusetts Eye and Ear Infirmary at Harvard Medical School provides real hope that lutein may slow the advancement of this dreaded eye disease. A group of 225 RP patients were given 12 mg of lutein or a placebo in addition to their standard therapy of 15,000 IU of Vitamin A. All of the study participants were followed over a 4 year period. The authors of the trial concluded that “Lutein supplementation of 12 mg/day slowed loss of midperipheral visual field on average among nonsmoking adults with retinitis pigmentosa”. Lutein is an antioxidant, carotenoid that is largely found in dark green vegetables such as avocados, collard greens, eggs, kale and spinach. (3,4)

Depression is a major health threat throughout the world for a multitude of reasons. Not only does it detract from the quality of life of those who suffer from it (and those who love them), but it also seriously impacts the health related outcomes of various conditions ranging from cancer to heart disease. A current publication in the Journal of Clinical Psychiatry shines a positive light on a natural treatment that may help to address depressive symptoms without the use of prescription medications. A meta-analysis of 17 peer-reviewed scientific studies suggest that “Massage therapy is significantly associated with alleviated depressive symptoms”. Based on this compelling data, scientists from the Department of Physical Medicine and Rehabilitation in Kaohsiung, Taiwan recommend that standardized (massage) treatment plans be established in order to provide reliable care for this target population. (5,6,7)

The research about massage therapy reminded me of a psychologist I used to see. Many years ago I slipped into a period of depression. I reluctantly went to visit this doctor, but made it very clear that I wasn’t interested in antidepressant medication. Instead of battling with me about my position, he accepted it as a challenge. Every week he’d bring in excerpts from medical journals that offered preliminary evidence that supported alternative remedies. One of the modalities he presented to me was massage therapy. It’s heartening to see continued research along those lines. This is exactly the kind of data that patients and physicians can look to with confidence and optimism. There is good reason for hope in medicine and in the world at large. But as with most things, the inherent goodness found in hope lies in how we apply it.