Natural remedies often differ from synthetic medications with respect to how quickly they provide symptomatic relief. For instance, if you take an aspirin to relieve muscle soreness, you’d expect to notice a reduction in pain in short order. However if you opt for a natural pain reliever such as curcumin or fish oil, the effects tend to manifest themselves more slowly and are, therefore, more appropriate for chronic inflammatory conditions. This doesn’t mean that the holistic options are less effective or powerful. It simply illustrates that many of them work like slower acting medications including many antidepressants. Furthermore, some dietary strategies and nutritional supplements do, in fact, work on the spot. 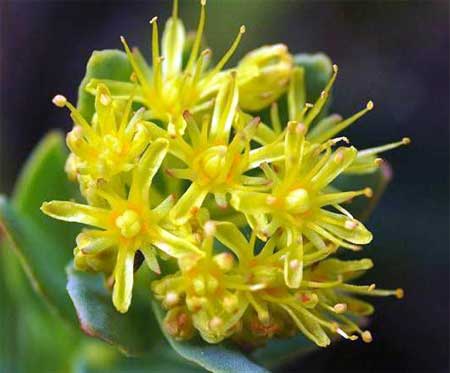 Chondroitin sulfate is a natural substance that is typically used to combat inflammation and tissue degeneration associated with arthritis. An intriguing new study suggests that there may be yet another application for this nutraceutical. A group of 129 patients with osteoarthritis of the knee and a chronic, inflammatory skin condition known as psoriasis was given either 800 mg of chondroitin sulfate (CS) or a placebo for 3 months. The results of the study indicate that those receiving CS had significantly lower scores on their Lequesne Index and Visual Analogue Scales – measures of pain intensity. There was also a reduction in the use of over-the-counter pain medication (acetaminophen) in the CS patients. In addition, the researchers documented improvements in “plantar psoriasis” and health related quality of life. The authors of the trial concluded that, “The use of CS could represent a special benefit in patients with both pathologies since non-steroidal anti-inflammatory drugs have been reported to induce or exacerbate psoriasis”. (1,2)

Parents throughout the world have utilized dietary approaches to manage attention deficit hyperactivity disorder (ADHD) in their children. However this natural alternative to medication is considered controversial in the conventional medical community. Hopefully this next study that examines the connection between food allergies/sensitivities and hyperactivity will help to change that.

According to the scores of a Physical Complaints Questionnaire, filled out by the parents, the “number of physical and sleep complaints was significantly decreased in the (elimination) diet group compared to the control group”. The changes were rather dramatic, yielding a 77% reduction in common ADHD symptoms including bellyaches, headaches, sleep complaints, unusual perspiration or unusual thirst. Another important observation was that, “A positive correlation existed between the reduction of physical and behavioral symptoms”. This trial offers encouragement for any parent or adult living with ADHD that non-pharmacological interventions are certainly worth investigating. (3)

Food Intolerances Can Have Widespread Consequences

The chondroitin study I cited involved a 3 month trial period. The elimination diet lasted 5 weeks. But this next experiment specifically examines the immediate effects of an herbal formulation known as ADAPT-232 which aims to assist the body and mind to cope with stress. When you’re stressed, it frequently compromises your ability to think clearly. Recently, a group of scientists from Armenia and Sweden devised an experiment that examined the short-term cognitive effects of using a combination of Rhodiola rosea, Schisandra chinensis and Eleutherococcus senticosus “under psychologically stressful conditions”. Forty “stressed out” but otherwise healthy women with ages ranging from 20 to 68 were asked to take a “Stroop Colour-Word test”. Half of the participants were given a placebo and the remainder a tablet of ADAPT-232. An index known as the “d2 Test of Attention” was administered before and after each intervention was applied. The women receiving ADAPT-232 showed improvements in accuracy, attention and increased speed during the testing. The authors of the experiment also noted fewer errors in the herbal supplement group. No serious side effects were reported by the study volunteers. (4)

Every once in a while you’ll find a natural alternative that works very quickly such as ADAPT-232. However that’s generally the exception to the rule. The key is to understand what to expect. If you know that a supplement or treatment will require patience, then you can build that into your expectations. When you do so, also factor in the health benefits and/or relative safety profile of natural remedies vs. synthetic counterparts. And please bear in mind that just because something is simpler to use doesn’t make it the right decision. In practical terms, this might mean taking fish oil twice-a-day instead of taking an aspirin 3 or 4 times a week. Which is cheaper? Which is easier? The aspirin, no doubt. Having said that, I’d personally opt for the fish oil because I think the health benefits and risk profile favor the more natural of the two options. In my experience, conventional therapies often seem like the better choice in the short-term, whereas holistic medicines tend to favor the long term prospects of true wellness.