I recently received an e-mail from a reader who inquired about the scientific evidence surrounding a popular homeopathic remedy known as Arnica montana. In order to answer this inquiry, I first need to address the issue of homeopathy in general. Homeopathy is a controversial holistic treatment that centers around the theory that “like cures like” – an admittedly unconventional view. Homeopathic remedies are also fodder for vigorous debate in the scientific community because they contain extremely diluted amounts of medicinal elements. In essence, the underpinning theory is that the lower the dosage, the more potent the effect. This claim goes against the generally accepted laws of chemistry and physics. Nevertheless, many consumers and select physicians are stalwart supporters of this esoteric practice. 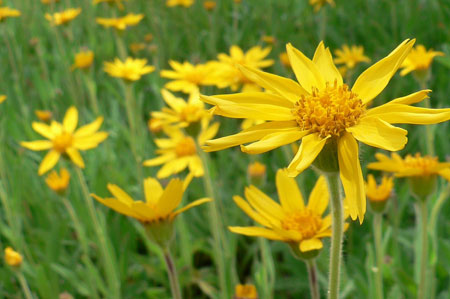 In the interest of full disclosure, I need to admit that I have a difficult time accepting the principles espoused by proponents of homeopathy. At the same time, I’m willing to follow the chain of evidence wherever it leads. I’ve encountered too many positive anecdotes from reliable sources to simply dismiss this alternative therapy. It’s also important to keep in mind that, if nothing else, homeopathy is typically believed to have a low potential of adverse effects. Couple that with the very real possibility of a placebo-effect and I think you have a novel option that should not be dismissed out of hand.

The only reasonable way to evaluate homeopathy in an objective manner is to get right down to the science that refutes and supports its use. Over the past 20 years or so, there have been numerous studies both pro and con on oral and topical arnica. Below, you’ll find a listing of the major trials that I found while researching the topic.

It’s unlikely that many detractors or supporters of homeopathy will make a point of bringing to light studies that conflict with their own perspective. But I want you to have both sides of the story. So rather than offering you my personal opinion about arnica, I invite you to come to your own conclusion – based on the facts. Please keep in mind that you should always consider differences in dosage, potency and types of arnica used in the studies I’ve cited. My only suggestion is that if you decide to try an arnica remedy, consider selecting a product that has at least some evidence to back it up. By doing so, you’ll be making a more informed decision and possibly increasing the likelihood that you’ll find similar positive results.