According to the American Heart Association’s Statistics Committee, heart disease will cost the United States approximately $316 billion dollars in health care spending this year alone. That isn’t a figure that any nation would be proud of. However it is a reality and it needs to be acknowledged. What’s also true is that much of the money spent addressing this health crisis focuses on the role of pharmaceutical and surgical interventions. Today I’m going to take a critical look at several nutritional options that may mitigate the general trend that cardiovascular disease is taking in the US and well beyond its borders. (1) 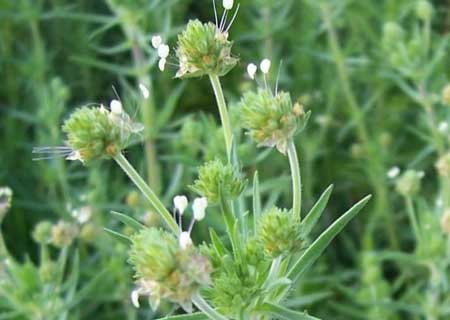 One of the humblest of all nutritional supplements is psyllium fiber. It’s often thought of as an old fashioned constipation remedy and not much more. Luckily, a group of scientists from Spain don’t ascribe to this simplistic point of view. The March 2010 issue of the journal Atherosclerosis illustrates their effort to expand the application of this common form of soluble fiber. A total of 254 patients with mild to moderate hypercholesterolemia enrolled in an 8 week study that required that they adopt a diet low in saturated fat and rich in psyllium fiber (14 grams/day) or a placebo – 14 grams of microcrystalline-cellulose. The researchers use the word “placebo” loosely in this case because cellulose is actually a form of fiber itself. Therefore, the figures posted here are in addition to any affect that the “placebo” itself had in the test population.

All of these changes are generally viewed as beneficial re: cardiovascular disease and diabetes. The one practical caveat that needs to be mentioned is that the dosage used in this study would equal about 5 grams of psyllium per meal. If you used most commercial capsules, this would realistically mean that you’d need to take roughly 10 capsules/meal. It’s not impossible but it is a consideration. (2)

How many milligrams of zinc do you consume on an average day? The RDA (recommended daily allowance) is 8 mg for adult women and 11 mg for adult men. A new trial conducted at Wayne State University in Detroit, Michigan tested the hypothesis that much higher levels of zinc may be useful in reducing inflammation that contributes to heart disease. The trial in question involved 40 healthy seniors who received either 45 mg of zinc gluconate daily or a placebo for 6 months. Blood tests were administered at baseline and after the completion of the intervention. The first obvious observation was that high-dose zinc supplementation leads to higher serum levels of zinc. But the more interesting discovery was that those receiving added zinc had lower levels of several key atherogenic and inflammatory substances and oxidative stress: C-reactive protein, interleukin-6, vascular cell adhesion molecule 1 (VCAM-1), malondialdehyde and hydroxyalkenals, etc. In fact, the researchers noted that higher concentrations of zinc were associated with lower levels of all of these potentially damaging substances. The authors of the trial concluded that, “These findings suggest that zinc may have a protective effect in atherosclerosis because of its anti-inflammatory and antioxidant functions”. (3,4)

In the zinc study, the researchers singled out antioxidants as potentially having cardioprotective properties. Most conventional cardiologists encourage patients to get the lion’s share of their antioxidants and nutrients from food. Whole grains are perhaps the most popular food group that is suggested for just that purpose. However, a surprising study from March 2010 questions whether the addition of whole grains really does much to increase antioxidant activity in the human body.

Blood and urine samples were taken at every stage of the investigation. A nutritional analysis was also computed to determine the approximate differences in nutrients in the respective menus. As expected, the whole grain diet was higher in fiber and every nutrient measured. However, much to everyone’s surprise, “no significant differences were seen in any of the antioxidant measures between the refined and whole grain diets”. (5)

I’ve never been a fan of using whole grains as a primary source of nutrition. Don’t get me wrong, I certainly believe that whole grains are superior to heavily processed or refined grains. But I would personally recommend obtaining dietary antioxidants and vital nutrients from low-glycemic fruits, nuts, seeds and vegetables. In my opinion, these are much better options with respect to cardiovascular and overall health.

The sad truth is that you’ll probably never hear about these studies on the nightly news or at a conventional doctor’s office. It’s exceedingly rare to find cardiologists who question the wisdom of eating a diet rich in whole grains. Furthermore, if you ask many physicians about psyllium or zinc they’ll likely think about unrelated conditions such as irregularity or combating the common cold using zinc lozenges. But this gap in communication and knowledge can be bridged if we as patients “step up our game”. We can be pro-active and bring the information directly to our health care providers. If we place the information squarely in their hands, they can no longer ignore it. The more they know, the more people they can help.