We’re all told to eat more fresh fruits and vegetables in order to support good health. But has your doctor or nutritionist ever explained which produce items are most likely to contain higher levels of pesticides? Probably not. This is a shame because if you’re eating large amounts of conventionally grown fruits and veggies, you’re almost certainly taking in a fair amount of pesticide residue right along with the valuable antioxidants, fiber and nutrients inherently present in these foods. This may seem like a discouraging state of affairs. However, being aware of this reality is a good starting point to improve upon the quality of what you eat and feed your family. 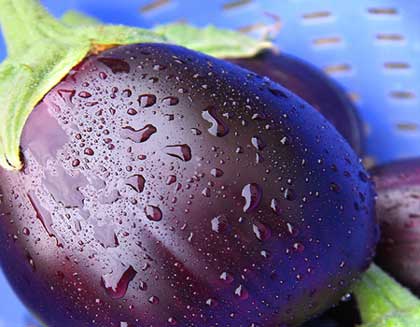 The inspiration for today’s column comes straight from a message posted by Dr. Andrew Weil on his Twitter account. On Tuesday of this week, he shared the following entry: “Balancing your health concerns with your budget can be challenging. The new lists from @ewgtoxics can help”. Ewgtoxics is the Twitter account associated with The Environmental Working Group (EWG), a non-profit organization that strives to “use the power of public information to protect public health and the environment”. (1,2,3,4)

The 2010 edition of the EWG’s Shopper’s Guide to Pesticides in Produce just recently became available. The lists of the cleanest and dirtiest foods is the result of over 95,000 pesticide tests performed by the US Department of Agriculture between the years of 2000 and 2008. In addition, the analysis took into account how fruits and vegetables are generally eaten and prepared, such as typical peeling and washing practices.

The practical relevance of these lists is defined in a calculation provided by scientists working in conjunction with the EWG. They state that, “You can lower your pesticide consumption by nearly four-fifths by avoiding the 12 most contaminated fruits and vegetables and instead eating the least contaminated produce”. So without further delay, here are the cleanest, conventionally grown, fruits and vegetables:

The Clean 15 indicate non-organic foods which contained the lowest levels of pesticide residues. The Dirty Dozen are the flip-side of the coin. These conventionally grown fruits and veggies contain the highest concentrations of pesticide residues and should, therefore, be avoided or purchased only from organic sources.

I hope you had the opportunity to watch the embedded video collaboration between Dr. Weil and the EWG. The concerns stated with regard to pesticide exposure and health risks are frequently supported in the scientific literature. Recent studies suggest that pesticide exposure may be related to: a) an elevated risk of breast and prostate cancer; b) a higher incidence of pre-diabetes and type 2 diabetes and; c) lower testosterone levels in men. (5,6,7)

Perhaps the most disturbing aspects of long term pesticide exposure are the risks we don’t currently know about or understand. For instance, certain organochlorine pesticides have been linked to an increased risk of Parkinson’s disease. Other preliminary animal and human trials have connected pesticide accumulation in the body with changes in cognitive functioning and psychiatric health. Thus far, direct causation has not been established, but this doesn’t mean that these initial clues do not warrant our attention and precaution. (8,9,10)

Please understand that I’m only passing along this data because it’s backed by hard science. Without the facts and figures provided by the US Department of Agriculture, I’d just be another voice in the wilderness spouting off an opinion. It’s vital that those of us involved in the natural health community establish a strong objective foundation from which to preach. That’s why I was particularly impressed by a recent publication in the March 2010 edition of the journal Alternative Medicine Review. In that piece, Dr. Walter Crinnion carefully evaluates the limitations and merits of organic vs. conventionally grown produce. In general, his review found that organic foods contain higher levels of certain nutrients (iron, magnesium and Vitamin C) and lower levels of nitrates and pesticides. He also notes that organic crops tend to possess higher concentrations of health promoting phytochemicals. But Dr. Crinnion also admits that “in vivo studies of antioxidant activity in humans have failed to demonstrate additional benefits”. It is this variety of balanced and science-based research that I hope to see more of in the future, because it assists everyone in determining the actual value of groceries while taking into account budgetary and health objectives. (11)