This past week I wrote a column featuring questions sent in by regular readers of this site. That blog inspired a whole new series of questions from other interested parties. My answers to today’s inquiries will touch upon several topics including the perplexing issue of middle-aged stomach fat, a natural intervention for multiple sclerosis and a complementary therapy that may help depressed patients avoid frequent relapses. 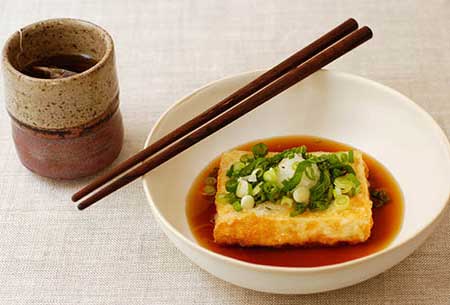 I’m going to combine two questions into one as a starting point. Yesterday I received an inquiry about my current feelings regarding soy as a regular dietary component. Another reader recently asked me for tips about “spot reducing” fat in the abdominal region. A study that is currently in print in the American Journal of Obstetrics and Gynecology addresses both of these issues in one fell swoop.

A group of 39 postmenopausal African American and Caucasian women took part in a double-blind, placebo-controlled study. Over the course of 3 months half of the participants were given a daily soy protein supplement and the remainder received a placebo which consisted of milk protein (casein). The soy was naturally rich in phytoestrogens while the casein was completely devoid of them.

It’s interesting to note that there was a difference in how soy affected the respective groups of women. The African American females “primarily lost total body fat”. The Caucasian participants “primarily lost subcutaneous and total abdominal fat”. However, the real question is why these women lost weight at all – in comparison to those using milk protein. Hopefully future studies will determine the underlying mechanism. (1)

Lately, I’ve fielded a few questions about the protective role that Vitamin D may play in the development and progression of multiple sclerosis (MS). The trouble is that much of the research currently available is based on preliminary animal and/or observational studies. That’s beginning to change. A case in point can be found in the April 28th issue of the journal Neurology. There, a 52-week trial is described in which high-dose Vitamin D was administered to 49 patients with MS. A few key findings were registered based on this pilot trial: 1) the patients’ Vitamin D levels at baseline were above average (78 nmol/L) and were elevated to very high levels (413 nmol/L) post-intervention; 2) this dramatic jump in Vitamin D concentrations did not result in significant adverse reactions or abnormal calcium-related measures; 3) the “treatment group patients appeared to have fewer relapse events and a persistent reduction in T-cell proliferation compared to controls”. While preliminary, this study suggests that high-dose Vitamin D therapy is safe and yields beneficial, immunomodulatory effects in those with MS. (2)

Some of the most heartbreaking e-mails that are sent to me relate to addiction and/or psychological conditions. This is a difficult area to offer advice as it’s nearly impossible to know what type of alternative therapies are right for someone based on a few lines of an e-mail. That’s why this next study was a very welcome find. I was able to pass this information along and recommend sharing it with both patient and psychiatrist.

One of the most challenging problems in the long term management of depression is finding the appropriate medication/therapy that will sufficiently reduce symptoms and prevent depression relapse. A newly published trial from Geneva University Hospital in Switzerland offers a complementary modality that may improve the odds of success in this arena. Sixty “un-medicated patients in remission from recurrent depression” were randomly assigned to two forms of treatment: 1) Treatment as Usual (TAU) or 2) Mindfulness-Based Cognitive Therapy (MBCT) + TAU. During the course of a 14 month follow up period, it was determined that the MBCT + TAU patients demonstrated a much stronger resistance to relapse as compared to the Treatment as Usual group – 204 days vs. 69 days. For the record, MBCT “combines the ideas of cognitive therapy with meditative practices and attitudes based on the cultivation of mindfulness”. (3)

The current science contained in the above brief summaries helps to inform my opinions. This doesn’t necessarily mean that I think that soy protein is the best solution for reducing middle-aged belly fat or that Vitamin D and mindfulness training are appropriate alternatives in every case of MS and depression. They’re potential pieces to the wellness puzzle. Nothing more and nothing less. How and where to place them requires an individualized approach that should be made along with your health care team.