This is my second entry in a series of columns that will be carried on the Healthy Monday web site. As a reminder, the goal of the Healthy Monday program is to offer practical suggestions that may help reduce the incidence of preventable disease. In my opinion, one of the best ways to accomplish this objective is to address the underlying issues that lead to health disorders in the first place. Get to the root of the problem rather than simply rely on medications to manage symptoms. 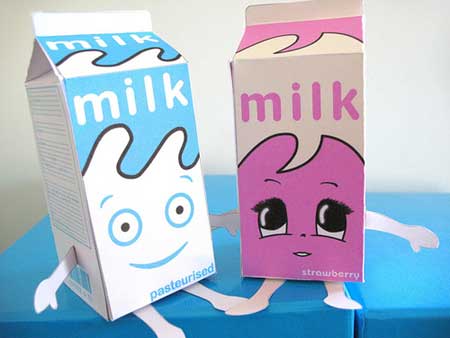 There are certain health conditions that affect people of all ages. Chronic constipation is a good example. This reality is evidenced by the multitude of laxative drugs that are targeted to virtually every stage of life. But what’s rarely analyzed is why such disparate populations struggle with irregularity in the first place. A recent study in the May 2010 edition of the Journal of Pediatric Gastroenterology Nutrition suggests one plausible cause.

Researchers at the Hospital de Cruces, Spain conducted a trial examining the effects of dairy consumption in children living with chronic constipation. Sixty-nine youngsters took part in an examination of the relative impact of cow’s milk vs. rice milk in increasing the number of bowel movements per week.

The authors noted that there wasn’t any significant differences in fiber intake among the cow’s milk and rice milk groups. They also failed to find a consistent pattern of allergic reactions in the children who responded to the CM-free diet and those that did not. This determination was based on various “immunologic parameters”. This suggests that the regulating activity of CM-free diets was not the result of removing allergenic milk proteins, a previously suspected cause of constipation. (1)

If milk allergies/intolerances aren’t the culprits for the constipating symptoms found in children, then what is? I have a theory. High calcium concentrations (hypercalcemia) are known to promote constipation. Many modern diets feature a preponderance of calcium enriched foods and dairy products, and a relative lack of dietary magnesium. Magnesium is well documented as having a normalizing influence in promoting regular bowel function. Therefore, this imbalance between the levels of dietary and supplemental calcium/magnesium may be a powerful contributor to the current problem. (2,3)

Foods that are rich in magnesium, including green leafy vegetables, nuts and seeds are often plentiful sources of dietary fiber as well. This is relevant  because numerous studies indicate that consuming more fiber can be as effective as using over-the-counter laxatives. However, there are few distinct advantages to fiber when compared to laxatives: 1) fiber doesn’t stimulate peristaltic movement of the intestines which can lead to dependence; 2) fiber may allow for greater bioavailability of certain vital nutrients such Vitamin B12. (4,5,6)

Please keep in mind that not all dairy products are equal. In fact, select probiotic yogurts have been shown to yield “drastic and constant” benefits in patients living with constipation. As an added bonus, a recent Japanese study discovered that specially cultured yogurts also resulted in improvements in liver function and a reduction in LDL (“bad”) and total cholesterol. Not bad for a common breakfast food. (7)


13 Comments & Updates to “Milk and Constipation”