According to the National Institute of Mental Health almost 10% of the US adult population is living with a mood disorder. Approximately 15,000 million of these men and women carry the diagnosis of major depressive disorder. An additional 3 million adults are dealing with a milder form of chronic depression referred to as dysthymic disorder. (1) 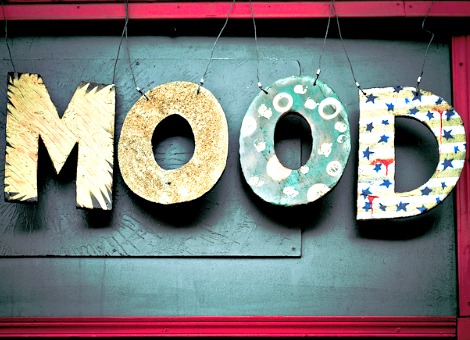 There’s no shortage of conventional treatments for nearly all forms of depression. Medications such as Celexa, Effexor, Paxil and Zoloft are so commonly advertised and prescribed that even non-depressed individuals often recognize their names. However, there’s a sizable population of depressed patients that prefers to approach mood disorders without the use of prescription drugs.

Three new studies offer support for these patients and their physicians if they choose to opt for a non-pharmacological option. To be clear, these therapies may not be suitable for all patients and are not intended to replace a consultation with an appropriate mental health practitioner.

A trial presented in the May 11th issue of the journal Psychiatry Research evaluated the relative effects of three therapeutic approaches to depression: a) purified fish oil yielding 1,000 of EPA (eicosapentaenoic acid); b) 20 mg of the antidepressant medication fluoxetine (Prozac); c) a combination of EPA + Prozac. Over the course of 8 weeks, 42 patients with major depressive disorder (MDD) were divided into three groups and provided with the respective interventions. The primary discovery of the research was that all of the study volunteers demonstrated a statistically significant reduction in cortisol (a stress hormone) levels. Given that the fish oil was equally effective as the prescription medication, this may allow for a safer alternative. (2)

Measuring Vitamin D levels may one day become a standard test used by psychiatrists working with depressed patients. A recent Italian study looked at Vitamin D concentrations in a group of nearly 1,000 senior men and women over a 6-year period of time. The researchers noted the following clinically relevant observations:

The authors of the population study concluded that “hypovitaminosis D is a risk factor for the development of depressive symptoms in older patients”. They went on to report that the “strength of the prospective association is higher in women than in men”. (3)

The final holistic approach of the day falls under the category of a mind-body exercise. Scientists from Taipei Medical University enrolled 62 coronary heart disease (CHD) patients in a controlled, randomized study which compared the mood elevating effects of deep breathing exercises vs. “weekly telephone support”. Over the course of 2 weeks, 28 depressed CHD patients practiced “home-based deep-breathing” exercises while 34 patients received conventional support via telephone consultations provided by nurses. Those engaging in the breathing intervention demonstrated significantly greater reductions in depressive symptoms as assessed by their scores on two popular indices – the Beck Depression Inventory-II (BDI-II) and the Patient Health Questionnaire-9 (PHQ-9). In all, the number of severely depressed patients in the deep-breathing group dropped by over half, from 28.6% pre-test to 10.7% post-test. (4)

Some patients hesitate to discuss alternative and complementary therapies with their allopathic/conventional physicians. This is an unhealthy trend that harms all parties involved. In the field of medicine, patients are the consumers. There should be a certain expectation that their concerns and points of view will be treated respectfully and dealt with thoughtfully. One of the best ways to accomplish this is to present scientifically-based information to physicians. This “speaks” to them because science is their language. If you couple that with a kind, non-threatening demeanor, you might be surprised at how accommodating and responsive your health care team may be.