The key to being a great patient being a meticulous detective. How long do you spend at a typical doctor’s appointment? 15 minutes? 30 minutes? An hour if you’re lucky? Now compare that to the number of waking hours you spend with yourself. The fact of the matter is that you know infinitely more about yourself than any physician can ever know. If you pay close attention to what’s going on with your body, mind and surroundings you can be a tremendous resource in assisting your health care team to determine what’s right and what’s wrong with you. 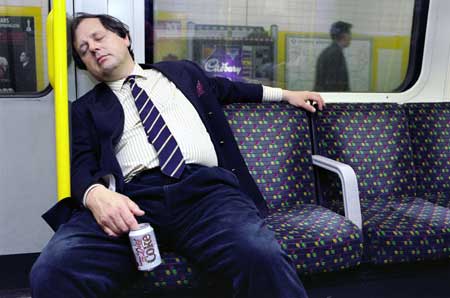 Great patients also bring information to the table. They don’t just visit a doctor and expect answers. Rather, there should be a two-way exchange of information. This past week I found several health items on Twitter that I personally plan to share with my own health care providers.

Dr. Michael Eades is one of my mentors in the field of integrative medicine. I can always count on him to post entertaining, thought-provoking health information and more on his Twitter page. A few days ago he stated that, “Virulently malignant brain tumor in woman successfully treated with a ketogenic diet”. This piqued my interest. To the uninitiated, a ketogenic diet is a very low carbohydrate, very high fat diet that is sometimes used to manage treatment-resistant epilepsy. The case study Dr. Eades alludes to appears in a recent edition of the journal Nutrition and Metabolism. The paper describes an unexpectedly rapid recovery in a 65-year-old woman with a rare and deadly form of brain cancer (glioblastoma multiforme or GBM). The patient in question received standard treatment in addition to a low calorie, ketogenic diet. “After two months treatment, the patients body weight was reduced by about 20% and no discernible brain tumor tissue was detected”. The authors of the paper went on to add that, “rapid regression of GBM is rare in older patients following … standard therapy alone, the response observed in this case could result in part from the action of the calorie restricted ketogenic diet”. (1,2,3)

Speaking of the brain, I just discovered some very encouraging news for all of you coffee lovers out there courtesy of Rick McGuire, one of my favorite health sources on Twitter, and the Journal of Alzheimer’s Disease. Here are some of the finer points contained in a newly published review of studies entitled, “Therapeutic Opportunities for Caffeine in Alzheimer’s Disease and Other Neurodegenerative Diseases”:

Orna Izakson, a naturopathic doctor from Portland, Oregon shares a steady flow of natural health tips and wisdom on Twitter as well. On Monday she tweeted about how “dropping testosterone levels as men age may manifest as poor sleep”. I don’t know about you but that’s not the first culprit I think of when considering causes of sleep inadequacy. However researchers from the University of Montreal suspect this hormonal connection may be a common cause of sleep disturbance in aging men. The author of the research, Zoran Sekerovic, explains that, “With age, there is neuronal loss and the synchronization of cerebral activity isn’t as good, which is why there is a loss of deep sleep. Because deep sleep requires great synchronization”. If further investigations support these findings, then replacing testosterone in older men may become a standard treatment for related sleep disorders. In the meantime, losing excess body weight may be the safest and cheapest option for accomplishing this goal naturally. A new trial published in the International Journal of Obesity concluded that losing 10% of excessive body weight can increase plasma testosterone levels and, not surprisingly, improve erectile function and sexual desire as well. (9,10,11)

When I look at the breadth of information contained in today’s column it makes me feel very hopeful. Today, my friends on Twitter have presented real-world information about: a) using high levels of dietary fat to overcome a dreaded variety of cancer; b) drinking coffee to enhance brain function and discourage the incidence of neurodegenerative diseases; c) losing weight to bolster testosterone levels and, possibly, improving sleep quality. However, all of these natural options only exist in practical terms if you and your physicians are aware of them.