Have you ever noticed that you eat more on days following a poor night’s sleep? Maybe you graze voraciously on snack foods while at school or work or perhaps you can’t control your appetite very well when you sit down for lunch or dinner. If you’re all too familiar with either of these patterns, then you might want to make this a Healthy Monday by resolving to place a higher priority on sleep. 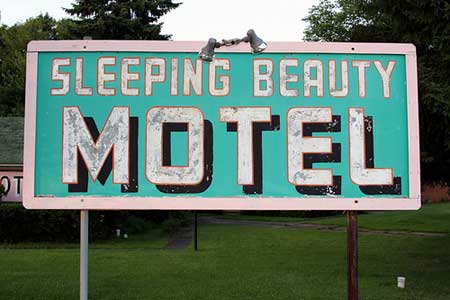 A lack of sleep is known to affect hunger hormones such as ghrelin and leptin in such a way as to increase appetite. But how this translates into real world eating habits hasn’t been well established. The June 2010 issue of the American Journal of Clinical Nutrition attempts to shed light on this precise issue.

French researchers set out to examine the effects of short-term, partial sleep deprivation on the eating habits of 12 young men. The experiment called for the participants to sleep for either 4 or 8 hours during separate 48 hour eating trials. A careful record of food consumption was documented in both instances. The results of this crossover study indicate that the sleep deprived men consumed 559 more calories per day or 22% more energy than on the days following the 8 hour sleep period. It’s also interesting to note that the study group didn’t report a greater desire to eat during the 4 hour sleep period. This suggests that the added caloric intake occurred in a less than conscious way. This can be termed as “mindless eating” and according to the authors of the study could be “a factor that promotes obesity”. (1)

The connection between sleep loss and weight management isn’t a new topic for debate. A current scientific review explains that “sleep restriction results in metabolic and endocrine alterations, including decreased glucose tolerance, decreased insulin sensitivity, increased evening concentrations of cortisol, increased ghrelin, decreased levels of leptin and increased hunger and appetite”. The stress connection is of particular importance as higher stress levels have been consistently linked to weight concerns. Along these same lines, a Canadian trial recently demonstrated that acute sleep restriction dramatically slows down the rate by which the body eliminates cortisol (a stress hormone). (2,3)

The above research appears to establish a link between sleep deficiency and unhealthy eating patterns and ultimately weight gain. However most scientists want an even more reliable form of evidence in order to make the case. This will likely involve the use of randomized, controlled studies in larger groups of men and women. Such trials will define whether adding more sleep to the lives of obese, sleep-deprived individuals will result in marked weight loss. Thankfully, this is exactly the type of study that is currently in the works. (4)

Scientific studies are invaluable tools that assist patients and physicians in making the best possible health care decisions. But in this case, I don’t think we need to wait for an official medical endorsement to improve sleep hygiene. In the long run, added sleep may or may not play a significant role in weight management, but there’s virtually no controversy about the pivotal role that sufficient rest provides to overall mental and physical health. I think that’s reason enough to a dream a little longer and catch some added z’s.