Glaucoma is an eye condition which affects approximately 2.5 million men and women in the United States alone. It is characterized by increased inner eye pressure which can cause damage to the optic nerve and, thereby, result in vision loss. Fortunately, the combination of two nutraceutical ingredients has recently shown a reduction in intraocular pressure and an improvement overall eye health. (1) 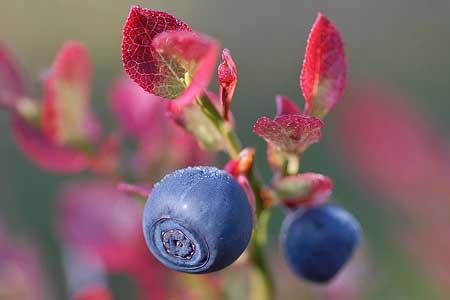 Patented extracts from European blueberries or bilberries and pine bark or Pycnogenol comprise a nutritional supplement by the name of Mitrogenol. A study published in this month’s issue of the journal Clinical Opthamology examined the effects of Mitrogenol in a group of 79 patients living with “asymptomatic ocular hypertension”. The participants were separated into three groups: a) received 80 mg of Mitroselect bilberry extract and 40 mg of Pycnogenol daily; b) applied a medicinal eye drop (Latanoprost) and; c) utilized both treatments. The trial lasted a total of 24 weeks and yielded the following results:

In conclusion, the authors reported that, “The combination of both was more effective for lowering IOP and the combination yielded better retinal blood flow. No serious side effects occurred during the study, apart from standard side effects in patients related to Latanoprost”. According to the National Institutes of Health, Latanoprost may cause the following adverse reactions in some users: dry eyes, eye color changes, irritation and redness of the eyelids. (2,3)

One of the upsides to considering a natural supplement is that it often provides “side benefits”. The following summarizes some of the current, positive findings about the two individual components of Mitrogenol.

A trial presented in the March 2010 edition of the Journal of Nutrition documents increased insulin sensitivity and a reduction in blood glucose concentrations in diabetic mice fed a bilberry extract. In February 2010, researchers from Norway determined that 4 week’s worth of daily bilberry juice consumption effectively lowers a number of inflammatory markers (C-reactive protein, interleukin-6 and interleukin-15) in human volunteers. In addition, a recent trial appearing in the Journal of Agricultural Food Chemistry documents a decline in artery damage in mice fed bilberry extracts. Taken together, this research suggests that bilberries may be an important food and supplement in the natural management of diabetes and heart disease. (4,5,6)

Pycnogenol is no shrinking violet when it comes to non-ocular health benefits as well. A study set for publication in the June 2010 issue of the journal Hypertension reports that giving rats a combination of melatonin and Pycnogenol not only lowers systolic blood pressure but may also improve the integrity of “artery structure”. Improved endothelial function was similarly noted in the pine bark-fed rats. And, much like bilberry, Pycnogenol also appears to protect against diabetic complications such as kidney and liver damage. This is evidenced in both animal and human studies. (7,8,9)

You may or may not suffer from an eye condition at the moment. If you do, the information in today’s blog may be especially timely. But even if your eyes are in pristine health, that doesn’t mean they always will be. The ill effects of aging visits everyone who is fortunate enough to grow old. The good news is that select foods and supplements, including bilberries and pine bark extract, may help shield us from some of the damage that typically comes with time.