I recently had two positive experiences while visiting a couple of allopathic physicians. The first occurred when my wife and I went in for our yearly physical, convenient because we both see the same doctor. After a thorough, “old school” examination he proclaimed, “You guys don’t really need me. You already know all the right things to do and you’re doing them”. That’s a bit of an overstatement, but it’s a clear example of his approach to medicine. This is a physician who doesn’t like to waste money or time – his or ours. A couple of weeks later we made a surprise visit to the emergency room. My wife took a nasty fall and hit her head on a steel beam. Needless to say, we fully expected that a CT scan would be required to rule out a concussion or worse. But once again, the doctor we saw opted for a more conservative approach. He explained that he prefers to use CT scans only when forced to by the presence of certain critical symptoms. He simply does not like to expose the brain to large doses of unnecessary radiation. 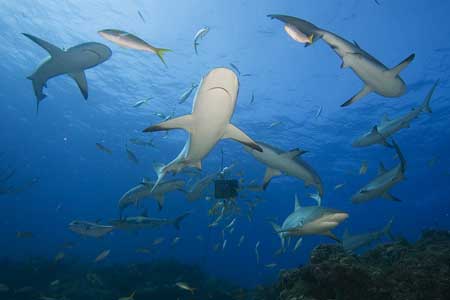 The preceding anecdotes exemplify my idea of a good physician. These are healers and teachers who apply their craft judiciously. This same characteristic is desirable in all branches of medicine, whether alternative or conventional. In both cases, the same core philosophy should hold true: be as conservative as possible in treating every patient.

A conservative approach to managing type 2 diabetes (T2D) is the addition of vinegar to meals containing carbohydrates. Previous studies have demonstrated that consuming vinegar with food can blunt post-meal blood sugar elevations. A new study published in the May 26th issue of the European Journal of Clinical Nutrition aims to clarify how to best apply vinegar as a medicinal food:

There was a 42% reduction in blood glucose and a 33% decline in insulin measured after the high glycemic meals that included vinegar. On the other hand, the vinegar failed to lower blood sugar or insulin elevations in the low glycemic group. The authors of the trial concluded that “the addition of vinegar reduces postprandial glycaemia in patients with T2D only when added to a high-GI meal”. (1)

Crohn’s disease (CD) is an inflammatory bowel condition that often necessitates the use of antibiotics, corticosteroids and immune suppressive drugs. It is characterized by unpredictable periods of illness followed by varying spans of remission. A new Danish study suggests that Vitamin D3 may provide a complementary approach that reduces the risk of relapse in those with Crohn’s disease. Prior examinations have noted that those living with CD tend to have Vitamin D levels that are below average. In this trial, 108 CD patients were randomly assigned to consume either 1,200 IUs of Vitamin D3 daily or a placebo over a 12 month period. At the start of the trial, all of the participants were in remission. Those receiving the supplemental Vitamin D were significantly less likely to relapse when compared to those given the placebo – 13% in the Vitamin D group vs. 29% in the placebo subjects. (2)

Avoiding ineffectual remedies is perhaps the best example of conservative treatment in the field of alternative medicine. However, the fact of the matter is that some holistic physicians still use various supplements and therapies that are unlikely to produce meaningful results. One example is the continued promotion of shark cartilage extracts in cancer care.

A scientific review from December 2009 reported that 7% of patients living with long-term lymphoma had used shark cartilage as part of their treatment protocol. This is likely a waste of effort, money and time according to the May 26th issue of the Journal of the National Cancer Institute. Shark cartilage has long been of interest in the natural treatment of cancer because preliminary research indicates that it has antiangiogenic and antimetastatic properties which may limit the growth on new blood vessels that feed tumors and slow the spread of cancer. Unfortunately these mechanisms do not appear to translate into human models of malignancy. In the current trial, 379 patients with non-small cell lung cancer were treated with conventional chemoradiotherapy and a placebo or a shark cartilage extract known as AE-941. No significant differences were detected between the groups with respect to “median time to progression” or overall survival rates. I agree with the concluding remarks of the authors: “This study does not support the use of shark cartilage–derived products as therapy for lung cancer“. (3,4)

Whenever there is a negative finding about alternative and complementary medicine there is a certain percentage of advocates who inevitably cry “foul”. Sometimes they have legitimate beefs about poor study design or potential conflicts of interest. But, in other instances, the hard truth is that the natural remedy in question just isn’t effective and/or safe. It happens. Natural treatments aren’t foolproof and it’s much better for everyone involved to figure out which deserve respect and which need to be left behind. If natural health advocates refuse to do that, they will lose the trust of those that are genuinely looking for a real alternatives. I think that’s something we should all rail against.

A brief note about this upcoming Monday, May 31, 2010 – Memorial Day in the United States. It’s a federal holiday that commemorates the brave service of countless men and women who have lost their lives while in military service. I will be observing this day of remembrance and will not post a new column until Tuesday.