The way you perceive things can dramatically influence the results you find. I think many people accept this concept as true to some extent. But how many of us actually keep this philosophy in mind when applying it in practical terms? For example – when psychiatrists throughout the world prescribe a medication for ADHD (Attention Deficit Hyperactivity Disorder) or clinical depression, most patients are inclined to believe that it will relieve their symptoms. However, would the same mindset hold true if a physician “prescribed” eating more fish or supplementing with fish oil for the same conditions? Setting aside the relative efficacy of the respective treatments, it’s important to understand that the way you think about any given therapy is likely to affect the outcome – for better or for worse. 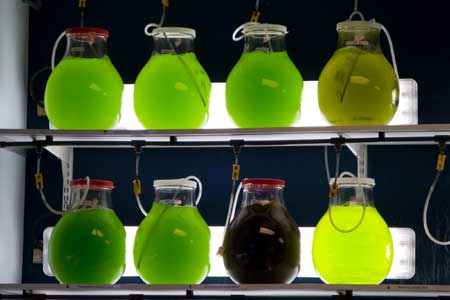 Normally I post a Healthy Monday column at the start of each week. Because of Monday’s Memorial Day holiday, I’m presenting this week’s health promoting tip today instead, which is a simple piece of advice: think of food and supplements as serious medicine. Don’t just dismiss them as something we all need to sustain our bodies. Food is so much more than that. There are naturally occurring chemicals in everyday foods that can promote healing in ways that medications cannot. What’s more, using food to enhance health puts you in the enviable position of protecting your good health so that, eventually, you may not require certain medical interventions at all.

Many health experts consider fish a superfood. Chief among its attributes are two omega-3 fatty acids, DHA or docosahexaenoic acid and EPA or eicosapentaenoic acid, which appear to influence the human body and brain in some positive and specific ways. This is illustrated in several new studies that are featured in the medical literature:

DHA May Contribute to Improved Mental Development and Mental Health

Many people would likely benefit from the inclusion of more fish in their diet. But not just any fish will do. The April 2010 issue of Eat Well magazine provides a convenient and informative guide to selecting the healthiest seafood for ourselves and the environment.

In order to make the “best of” list, certain criteria had to be met, including low levels of select contaminants such as mercury (<216 parts per billion/ppb) and PCBs (<11 ppb). In addition, these fish are also rich in omega-3 fatty acids and are classified as “sustainable”.

Eating a diet that’s abundant in DHA and EPA is essentially a return to form for human beings. Most of our ancestors were very familiar with just this type of menu plan. However, the modern age has brought about a significant shift in what we eat. The past few centuries have also shuttled in a number of health concerns that weren’t nearly as prevalent in previous generations. The reasons for this documented decline in health are many. But few medical experts disagree that diet and lifestyle considerations are pivotal factors in this downward spiral. Thankfully, diet and lifestyle can be modified. Now that’s my idea of serious medicine. (6,7,8)