This week’s edition of Twitter Thursday offers up several important reasons to exercise more often and new information about a nutraceutical/spice which may protect against the damage caused by heavy metal exposure. My guests today are Shari Roan, a health columnist from The Los Angeles Times; Dr. Joseph Pizzorno, the founding president of the Bastyr University and Missy Chase Lapine, “The Sneaky Chef”. 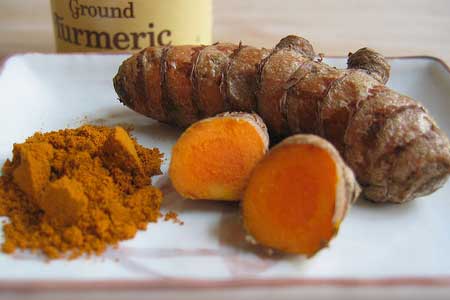 A current Twitter post from the LA Times references a presentation given on Monday at the annual meeting of the American Urological Association. It proclaimed that men who exercised regularly scored higher on a six question, sexual-function index. The basis for this observation comes from a study conducted at the Durham VA Medical Center involving 178 African American and White senior men. The researchers noted a direct correlation between the amount of exercise performed and sexual function and satisfaction. The findings held true even after adjusting for a number of variables including age, body mass index, depression, diabetes, heart disease and race. Previous investigations have drawn a reliable association between a lack of exercise and an elevated risk of diabetes, heart disease and sexual dysfunction. By increasing exercise, all three health concerns and many others generally show signs of improvement. (1,2,3)

Missy Chase Lapine recently authored a new book in her “sneaky” book series entitled Sneaky Fitness. One of her most recent tweets matches her philosophy about getting the most out of exercise even if you have the busiest of schedules. To make her point, she cites an Associated Press column which in turn references studies from the journal Science Translational Medicine and the Journal of Parenteral and Enteral Nutrition. The take home message is that exercising for as little as 10 minutes a day can bring about positive metabolic changes that last for at least one hour and sometimes considerably longer. Researchers from Massachusetts General Hospital determined that walking on a treadmill affected more than 20 metabolites that impact blood sugar control, calorie and fat burning potential. But an equally important discovery is that the more fit you are, the more calories and fat you burn – even post-exercise.

Naturally, scientists are fast on the hunt for chemical compounds that might mimic the heralded benefits of exercise. One natural supplement presently being investigated is the protein-derivative, L-carnitine. A newly published study found that supplementing with 4 grams daily of L-carnitine, in addition to a reduced calorie diet, significantly improved insulin resistance in patients with blood sugar abnormalities. However, this is but one mechanism by which researchers believe that exercise promotes healthier weight and general wellness. In short, there is no substitute for regular exercise at present. (4,5,6,7)

I have a love-hate relationship with Dr. Joseph Pizzorno’s posts on Twitter. The up side is that Dr. Joe is one of the most respectable figures in the integrative health movement and with good cause. He frequently relays some very intriguing information such as, “Curcumin limits the damaging effects of mercury and helps its elimination from the body”. This is valuable data. Great! But where’s the evidence? There’s no citation or link added to fortify such bold statements. But that’s not the end of the world because I can often track down what I *think* he’s alluding to in the scientific literature. In this case, it’s a study that appears in the March 2010 edition of the Journal of Applied Toxicology. Here are some of the details of this preliminary research:

This isn’t the first time that curcumin, a component of turmeric, has been linked to a protective effect with regard to heavy metals. This orange-pigmented spice is documented as possessing liver shielding activity in cases of excess iron exposure and/or accumulation. The latter may be partially responsible for tumeric’s well established cancer fighting properties. (8,9,10,11)

Based on the previous tweets, you can clearly see that it doesn’t take monumental lifestyle changes to support better health. If you take today’s information literally, all you have to do is find at least 10 minutes a day to exercise and possibly season your food with turmeric every now and then. I would especially consider adding turmeric to dishes that likely contain some degree of mercury contamination such as seafood-based meals. In both cases, a small investment could yield big rewards.