Today marks yet another edition of Twitter Thursday. A special note: One of our frequently featured contributors just celebrated a birthday on Tuesday and I want to take this opportunity to give him a big shout out. Happy birthday, Dr. Weil! Many of you are undoubtedly aware of Andrew Weil and the profoundly significant role he’s played in integrating alternative and complementary medicine into the mainstream. He’s now 68 years old and continues to be a leader in the integrative health movement. Even though we don’t agree on all heath care issues, I fervently believe that he is indeed one of the good guys currently working in the healing arts. 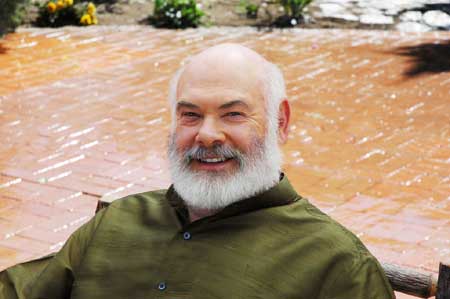 The first tweet of the day comes courtesy of Rick McGuire. In the past I’ve mentioned that Rick is one of the more prolific health news posters on Twitter. But I don’t think I’ve told you that his primary job is to produce continuing education material for medical professionals. Fortunately for us, we can also get a good measure of the most cutting edge, free information simply by keeping an eye on his Twitter account. One of Rick’s most recent entries is about using a green tea extract to combat a specific form of leukemia known as CLL or chronic lympohcytic leukemia. Here are some of the details behind that tweet:

The research is based on a study conducted at the Mayo Clinic that was just presented at the American Society of Clinical Oncology.

The concluding remarks of the Mayo Clinic researchers state that, “EGCG containing green tea extracts may have the potential as disease stabilizing agents in patients with early-stage CLL”. (1,2)

Speaking of Dr. Weil, he recently tweeted about a study that questions the traditional wisdom that losing weight slowly leads to longer term weight loss maintenance. Scientists from the Department of Clinical and Health Psychology at the University of Florida are at the crux of the current debate. They recently conducted a trial involving 262 middle-aged men and women who were classified as obese. All of the study volunteers were “encouraged to reduce caloric intake to achieve weight loses of .45 kg/week” for a period of 6 months. After the 6 month intervention, all of the participants were followed via an “extended care program”. The obese men and women were ultimately divided into three sub-groups based on how quickly they lost weight: 1) the “fast” group > .68 kg/week; 2) the “moderate” group – between >.23 and <.68 kg/week; and 3) the “slow” group <.23 kg/week. Here are the weight loss figures after the 6 month intervention and at the end of the 18 month follow up period.

The somewhat surprising findings are that, “Fast weight losers obtained greater weight reduction and long-term maintenance, and were not more susceptible to weight regain than gradual weight losers”. (3,4)

A Combination of Curcumin and Green Tea (EGCG) Combats Leukemia 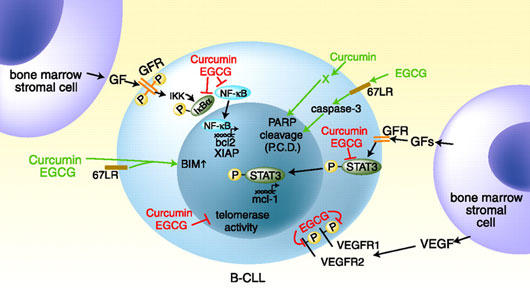 I first learned about the print-edition of the Natural Products Insider (NPI) when I was working as a consultant for a number of health food stores. Now I see that this same outfit has established a presence on Twitter as well. This is welcome news for anyone who wishes to stay on top of developments relating to alternative medicine and the more commercial aspects of the natural health industry. A current tweet from NPI references a May 2010 trial that found that adding olive oil to the diets of breast cancer survivors lead to greater weight loss and increased diet satisfaction as compared to a traditional low fat diet. The National Cancer Institute generally recommends diets containing less than 15% total fat for cancer survivors who are overweight. In this instance, researchers from Brown University decided to add olive oil because preliminary evidence suggests that extra virgin olive oil (EVOO) may reduce breast cancer risk. On average, 3 tablespoons of EVOO were added to the standard NCI diet plan over an 8 week period. 28 breast cancer survivors completed the 8 week study and 6 month follow up exam. In all, 80% of the EVOO diet group lost 5% or more of excess body weight. Only 31% of low fat diet group exhibited the same level of success. As an added bonus, the EVOO diet resulted in a greater reduction in triglycerides and higher levels of the protective HDL (“good”) cholesterol. (5,6)

It’s important to periodically challenge our beliefs. Dr. Weil did so when presenting the “fast” weight loss study results. He didn’t simply assume that the trial was flawed or unbelievable because it deviated from previously published research. Instead, he evaluated the data and then put it into the context of the other studies already conducted on the same topic. That’s a great lead to follow. Ultimately, we all want to find the truth about what genuinely heals and what doesn’t. Sometimes the results will be messy and inconvenient. Inevitably, there will be times when natural medicines are more dangerous and less effective than conventional drugs and vice versa. The only way to navigate these waters responsibly is to keep a critical but open mind and assess the evidence on a case by case basis. If we manage to accomplish that, then the whole of medicine will get a whole lot healthier.