There’s no denying that our bodies and minds change as we age. This is evidenced in our appearance and in the way that our physiology copes with everyday activities. A passing glance in the mirror reveals a thicker midsection than we remember. A conversation at a dinner party is only partially understood because some of the dialog is spoken too softly. Even our favorite meals of yesteryear no longer hold the same appeal. Instead of being a source of comfort food, they’re now just a source of indigestion. Aging is inevitable. But there are some natural ways to slow down the process and, possibly, minimize the unwanted effects of growing older. 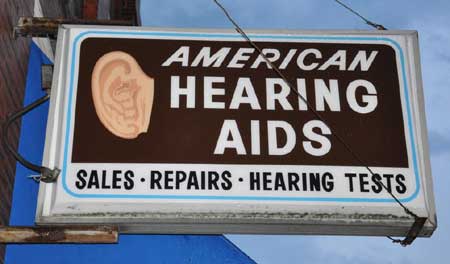 My primary goal in writing today’s column is to emphasize two strategic positions: 1) the old Benjamin Franklin adage that “an ounce of prevention is worth a pound of cure”; 2) we don’t have to accept that the changes that occur with aging are intractable and/or destined to get worse. There’s plenty that we can do at all stages of our lives.

Hearing loss is ubiquitous in the senior population. But did you know that the odds of hearing loss is substantially lower in those who eat plenty of seafood? A new Australian study examined the diets and hearing capabilities of 2,956 men and women over the age of 50. Researchers from the University of Sydney specifically took into account the amount of omega-3 fatty acids consumed from fish sources.

Eating more than 2 servings of fish per week appeared to confer the greatest protective effect. The authors of the study concluded that, “Dietary intervention with n-3 PUFAs (polyunsaturated fatty acids) could prevent or delay the development of age-related hearing loss”. (1)

One of the more iconic symbols associated with middle-aged men is a “beer belly”. A new paper published in the European Journal of Clinical Nutrition suggests that supplementing with healthy bacteria or probiotics can help prevent this rite of passage. A total of 87 overweight men were enrolled in a “multi-center, double-blind, randomized, placebo-controlled intervention trial” – the “gold standard” of study designs. The male volunteers were all given one of two fermented milk products over the course of 12 weeks. The intervention product contained a healthy bacterial strain known as Lactobacillus gasseri SBT2055 (LG2055), while the control product contained no added probiotic. The men receiving the LG2055 fermented milk lost an average of 4.6% of their abdominal fat. Other measures of fat deposition also declined in regions including the hips and waist in comparison to the control group. (2)

Aging naturally encourages us to avoid some of the unhealthy foods of our past. For instance, I know I can’t pack away nearly as much food as I used to in my reckless youth. Thank goodness for that! Some might say that this shift in digestive tolerance can be viewed as a bit of physiological wisdom.

The trouble with changes in age-related digestive function is that they often take place when you’re not making poor food choices. In those cases, it makes sense to look for natural ways to support the digestive process. According to an Italian study published in June 2010, one option is phytotherapy. In this instance, the study employed a natural product that was standardized in the following manner: a) Artichoke Leaf Extract – 15% chlorogenic acid (150 mg per capsule); b) Dandelion Radix – 2% insulin (prebiotic) content; c) Rosemary Bud – microencapsulated essential oil; d) Turmeric Rhizome – 95% curcumin. A total of 211 patients with functional dyspepsia (indigestion) took part in a 60 day trial. By day 60, 79% of the participants reported a 50% or greater reduction in dyspepsia symptoms. In addition, there was a significant improvement in LDL and total cholesterol, triglycerides and several measures of liver function (AST, ALT and gamma GT). As is often the case, side-effects were minimal, but “side-benefits” were substantial. The same can rarely be said for conventional treatment options. (3)

In closing here’s how I would apply the above mentioned research. Firstly, I would make sure to eat plenty of healthy seafood and/or supplement with a good source of omega-3 fatty acids throughout my life – in the hope of protecting against hearing loss at any age. Secondly, if diet and lifestyle changes weren’t enough to banish my beer belly, I’d consider supplementing with select probiotics since they’re generally safe and health promoting. The same goes with indigestion. I’d first try to identify and address the root cause of my digestive dysfunction. However, if I required additional support, I’d consider using phytotherapy rather than the numerous over-the-counter and prescriptive medications typically used in the management of dyspepsia. What should you do with this information? That’s up to you and your health care team.