Some health news practically begs to be told. This past week I received two emails and one Twitter message about a possible connection between higher HDL (“good”) cholesterol levels and a reduced risk of cancer. So my first item of business today is to review that data which comes courtesy of my favorite naturopathic physician in Oregon, Dr. Orna Izakson. Our second stop on this Twitter Thursday examines a proposed link between a specific type of fat and improved brain function in older dogs. That gem is brought to us by Dr. Michael Eades, a leading authority on living a healthy low-carb lifestyle. Last, but not least, there’s a new superfood recipe straight from the test kitchen of Dr. Jonny Bowden – the natural health guru to Hollywood and beyond. 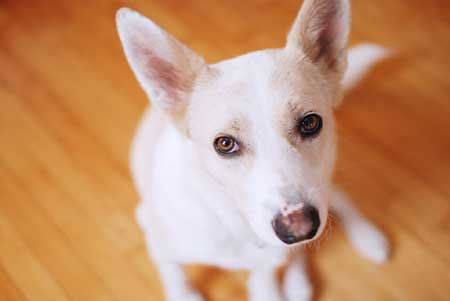 A new presentation from the Tufts University School of Medicine analyzed 24 studies looking for any connection between varying levels of HDL (“good”) cholesterol and cancer incidence. Previous inquiries have noted a relationship between low LDL (“bad”) cholesterol and higher cancer rates. Over 625,000 “person-years of follow-up” and 8,100 incident cancers were included in the current investigation. The results reveal that “for every 10-mg/dl increment in HDL-C, there was a 36% relatively lower rate of the development of cancer”. What’s more, this protective effect appeared to be independent of other risk factors, including age, LDL cholesterol levels, diabetes, overweight and smoking. For the time being, these findings should be considered preliminary. However, earlier reports have drawn a fairly consistent correlation between higher cancer mortality and risk, and metabolic syndrome – which is often characterized by low HDL status. (1,2,3,4,5)

In April 2009, I wrote a piece about Dr. Mary Newport and her pioneering work in the use of medium chain triglycerides (MCTs) in treating her husband who’s living with early onset Alzheimer’s disease. In that vein, Dr. Michael Eades brought a new animal study to my attention which he believes may be applicable to humans as well. The original research is presented in the February 2010 edition of the British Journal of Nutrition. A group of “aged Beagle dogs” took part in a battery of cognitive tests at the beginning and end of an 8 month trial. During the test period they were fed a standard diet or the same diet supplemented with 5.5% MCTs – a unique form of fatty acids most commonly contained in coconut oil. The Beagles that consumed the MCT-rich diet demonstrated improved mental performance across the board. In addition, the researchers observed more profound cognitive enhancement in the more difficult mental tasks. There was also a significant elevation in the levels of ketones, which are believed to serve as an alternate source of energy for the brain. (6,7,8) 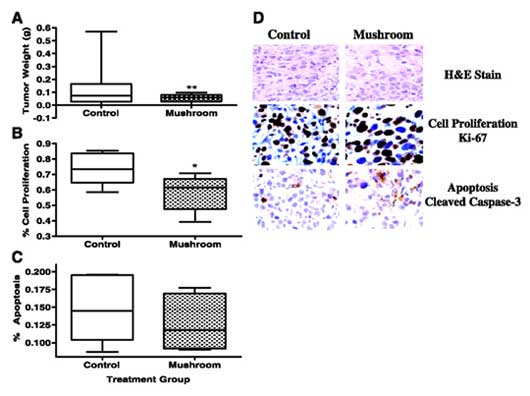 This final item may come as a bit of a surprise to my wife and some of my family and friends. First a little background: I’ve never been a huge fan of mushrooms. The biggest stumbling block for me is the texture. I have a hard time getting past the characteristic, spongy consistency. On the other hand, I keep coming across positive studies in the medical literature about the potential health benefits of edible fungi. So, reluctantly, I’ve been ordering dishes with mushrooms from time to time when we go out to eat. I have to admit, I’ve actually enjoyed much of what I’ve tried. I suspect it has a lot to do with how they’re prepared.

My latest foray into the world of culinary mycology is a new recipe that was posted on Twitter by Dr. Jonny Bowden. The name of the recipe immediately caught my eye, “Powerhouse Portobellos with Manchego Cheese Over Wilted Spinach”. In his accompanying description, Dr. Bowden explains that mushrooms have a long history of providing immune system support. He goes on to point out that they’re rich in antioxidants, fiber and protein. While looking into the topic, I found a number of recent studies that also reveal that they might: a) promote the growth of healthy bacteria in the digestive system; b) improve blood sugar, cholesterol and liver function and; c) offer a good, vegetarian source of Vitamin B12. But, beyond the nutritional properties of this dish, I’m passing it along because it sounds absolutely delicious! I hope you’ll try it out for yourself and enjoy it in good health. (9,10,11,12,13)