A question I’m frequently asked is whether nutritional supplements actually produce meaningful results or whether they are, in effect, expensive placebos. The answer to that question isn’t nearly as simple as some would like. But as an old boss of mine used to say, “It is what it is”. In my opinion, supplements should to be viewed from a holistic perspective. In practical terms that means that you need to establish the relative merits of each product based on individual circumstances and requirements. By applying this criterion, the efficacy and safety profile of what you take is likely to improve. 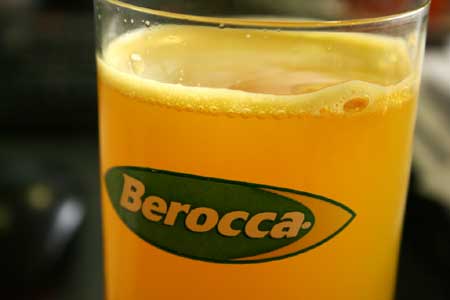 Patients with known and unknown nutrient deficiencies often benefit the most from the use of nutritional supplements. This may seem like garden variety common sense. Apparently it’s not. This observation is evidenced by the large segments of the population that shun supplements altogether but likely benefit from them nonetheless. Three recent studies offer a good reason for un-supplemented people of all ages to reconsider.

A trial appearing in the July 2010 edition of the journal Psychopharmacology investigated the effects of a multi-nutrient formula or a placebo in a group of 215 healthy men with ages ranging from 30 to 55. The product in question, Berocca, is a Vitamin B-complex blend with added Vitamin C, calcium, magnesium and zinc. Various measures of cognition, general health, mood and stress were evaluated prior to and at the completion of the 33 day trial. The men who received the nutritional supplement exhibited “improved ratings of stress, mental health and vigor and improved cognitive performance during intense mental processing”. A recent publication in the American Journal of Clinical Nutrition also found improved mood states in older adults who consumed higher levels of select B-vitamins such as B6 and B12. Even children seem to respond in a similar manner according to research presented in a November 2008 study appearing in the British Journal of Nutrition. In that publication, researchers found that the addition of a basic multivitamin/mineral “has the potential to improve brain function in healthy children”. (1,2,3,4)

PSA or prostate-specific antigen is used as a marker for prostate health. Higher PSA readings can be indicative of chronic inflammation of the prostate which probably increases the risk of prostate cancer. A new Japanese study reports that a combination of curcumin and soy isoflavones may be able to lower PSA levels in cancer-free men with high PSA scores (PSA > 10). A test tube experiment was first conducted in a prostate cancer cell line. The nutraceutical combination suppressed “the expression of the androgen receptor” in the malignant prostate cells. But what is of even greater significance is that a decline in PSA levels was also demonstrated in the men using the curcumin/soy supplement. The authors of the research hypothesize that “curcumin presumably synergizes with isoflavones to suppress PSA production in prostate cells through anti-androgen effects”. Recent scientific summaries on curcumin and soy appear to back up these preliminary findings by revealing various mechanisms by which they lower inflammation and ultimately contribute to the maintenance of a healthy prostate. (5,6,7)

Soy May Discourage the Development of Prostate Cancer

There are many joys associated with becoming a new parent. Atopic dermatitis, a form of eczema, is not one of them. The risk of incurring this common condition is even greater in newborns with mothers who have parental atopy. Some pediatricians have noted that atopic diseases seem to be associated with an insufficient intake of healthy fats. One of the more unique sources of therapeutic fatty acids is black currant seed oil (BCSO). The seeds of Ribes nigrum are rich in an anti-inflammatory lipid known as GLA or gamma-linolenic acid. They also possess a broad array of natural antioxidants including flavonols, phenolic acids and tocopherols (Vitamin E). All of these elements may contribute to a proposed anti-allergic and anti-inflammatory activity. (8,9)

A new trial from the University of Turku, Finland evaluated the relative merits of supplementing the diets of pregnant women with either black currant seed oil (BCSO) or a placebo (olive oil) in relation to atopy-risk. Beginning at week 8 of pregnancy, the study volunteers were given BCSO or olive oil. The supplements were continued throughout the pregnancy and breastfeeding period.

The authors of the trial appearing in the June 2010 issue of Clinical & Experimental Allergy conclude that, “Dietary supplementation with BCSO was well tolerated and it transiently reduced the prevalence of atopic dermatitis. It could therefore be one potential tool in the prevention of atopic symptoms when used at an early stage of life”. (10)

I think the above referenced studies make it clear that select nutritional supplements can improve quality of life in a variety of ways. The real challenge is how to apply such data to your personal daily routine. Most clinical trials look at a very controlled/narrow study population that rarely reflects individual needs. This is necessary in order to exclude complicating factors that can influence study results. But in the “real world”, you should factor in additional elements including your age, diet, genetic factors, health status, lifestyle, what medications and other supplements you may be using, etc. That’s why I think it’s worthwhile to seek out the guidance of someone who’s knowledgeable about putting together a comprehensive supplement regimen. This generally involves one of three options: 1) seeking out an integrative pharmacist and/or physician; 2) becoming a supplement expert on your own; 3) consulting with me or with someone who is similarly knowledgeable about the judicious use of nutritional supplements. Please keep in mind that options 2 and 3 do not preclude the additional guidance of your health care team. A joint effort has its advantages and it’s what I personally recommend to my clients.