It’s not uncommon for me to have a glass of biodynamic or organic red wine with my evening meal. As I was planning dinner last night, I got to thinking about why I enjoy wine and also about the rather substantial number of people who can’t or choose not to include alcohol in their lives. That thought process lead me to a decision to brew a cup of chamomile tea instead of having my usual glass of Pinot Noir. I remembered a study from last year that described the anti-anxiety properties of chamomile. So I wondered whether this herbal brew could provide a similar soothing effect as I’d come to expect from wine. I was pleasantly surprised to find that it did. This experience is the basis for my Healthy Monday tip of the week: Drink more herbal tea! (1) 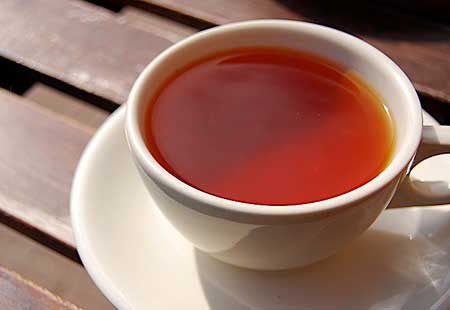 I’m taking this opportunity to focus on three specific herbal teas that I think deserve a more prominent place in many kitchen cupboards: ginger tea, hibiscus tea and rooibos tea. This is as good a time as any to take a gander at what science is telling us about each of these healing decoctions.

Ginger or Zingiber officinale has been the subject of a great deal of medical research over the past few decades. Just this month there was a study published in the journal Biofactors that elucidated some of the cancer fighting effects of a ginger component known as gingerol. Nigerian scientists explain that gingerol’s anti-cancer activity likely comes from its antioxidant, anti-inflammatory and antitumor promoting properties. Other papers appearing in the Annual Review of Nutrition and the Journal of Pain reveal that ginger may be: a) useful in managing obesity because of an insulin sensitizing effect; b) a viable alternative to synthetic anti-inflammatory drugs for reducing common aches and pains such as those caused by intense exercise. (2,3,4)

Hibiscus sabdarifa is a pleasant tasting tea that is capable of improving several markers relating to cardiovascular health, including blood pressure, blood sugar, cholesterol, insulin resistance and triglycerides. However, the most interesting piece of research of late will be published in the August 2010 edition of the journal Meat Science. That experiment shows that adding hibiscus to meat marinades can significant reduce the levels of carcinogenic HAAs (heterocyclic aromatic amines) in cooked meat by up to 50%. Perhaps the best news of all is that the hibiscus extract was able to accomplish this feat without affecting the desired flavor of the end product. My hope is that further experiments will examine whether or not drinking hibiscus tea during meals containing HAAs can similarly reduce harmful effects. (5,6,7) 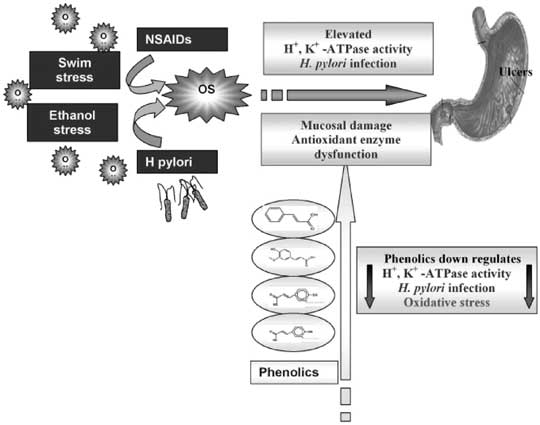 It may seem hard to believe, but a humble tea derived from a wild bush that grows in South Africa is currently under evaluation for its potential use in the natural treatment of Alzheimer’s disease (AD). So says a report in the May 2010 issue of the journal Expert Review of Neurotherapeutics. The authors of the paper describe a link between oxidative stress and the pathophysiology of AD. They go on to mention that specific antioxidants present in rooibos (aspalathin and nothofagin) could one day be used “as a therapeutic strategy in the amelioration of this illness”. Other research from the past few months documents: a) an anti-wrinkle effect found in a topical cream containing green tea extract and rooibos; b) ACE-inhibiting properties in rooibos tea which could lend its use in the natural management of hypertension. (8,9,10)

Beyond any potential health benefits, one of the best reasons to increase your consumption of herbal teas is to make your days and nights more interesting. Anyone can drink a can of soda or a glass of orange juice! But why not try something different instead? You probably know what ginger tea tastes like. On the other hand, you might not be able to say the same about hibiscus or rooibos tea. Also keep in mind that you’ll be doing yourself a world of good by simply replacing one or two sugar-laden beverages a day with nutrient-packed, sugar-free options such as herbal tea. All this and you’ll probably save a pretty penny too – my idea of genuinely healthy bargain.