In the United States we’re very fortunate to have access to a wide variety of “dietary supplements” that can be acquired without a prescription. However, this same availability can foster a less than serious attitude towards supplements. Many times the result is wasted money when consumers choose products that are inappropriate for their individual needs. In other instances, there can be more profound consequences such as drug-nutrient or drug-herbal interactions and, possibly, even side-effects that are directly attributable to specific natural remedies themselves. 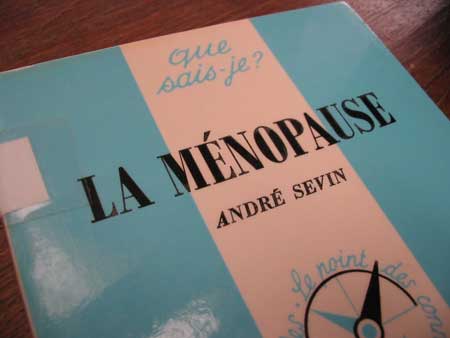 One of the most controversial supplements available today is the adrenal hormone DHEA (dehydroepiandroesterone). Some health experts warn that DHEA can increase the levels of sex hormones in both men and women in ways that could endanger health. But the allure of this over-the-counter hormone persists because of the generalized notion that it provides anti-aging benefits. This belief is largely due to a noted decline in DHEA levels as we age, which may be casually related to depression, fatigue, immune system dysfunction, memory decline, muscle loss and osteoporosis. (1,2,3)

The single most important piece of advice I can offer about DHEA is clearly illustrated in the following studies. I’ll provide my exact recommendation at the end of this column. In the meantime, see if you can pick up on any patterns based on the cited research.

Two recent studies have focused on the effects of DHEA in postmenopausal women. The first trial examined the safety of 50 mg/day of DHEA or a placebo in a group of 99 frail seniors over a 6 month period. The female participants were additionally given calcium (1,000 – 1,200 mg/day) and Vitamin D (1,000 IUs) and took part in twice-weekly exercise regimens consisting of chair aerobics or yoga. The researchers specifically studied a number of cardiovascular-related health markers. They found that DHEA supplementation resulted in higher levels of DHEA, estradiol, esterone and testosterone. There was also a decline in SHBG or sex hormone-binding globulin. Interestingly, this hormonal shift did not significantly alter blood glucose, blood pressure, body fat or lipid profiles (cholesterol and triglycerides). Based on this preliminary study, DHEA appears to be “safe for older women in relation to cardiovascular risk factors”. (4)

The second study tested the efficacy of 25 mg/day of DHEA in a population of 27 older women with mild to moderate cognitive impairment. Once again, a 6 month trial period included a placebo as a means of comparison. The women involved in this trial demonstrated increased DHEA and testosterone, but no elevation in estrogen concentrations. The DHEA intervention group exhibited improved cognitive scores, quality of life measures and verbal fluency. (5)

Some premenopausal females may also benefit from DHEA therapy. Women living with autoimmune disorders such as lupus fall into this category. The June 8th issue of the journal Lupus examined the role that DHEA plays with respect to bone and cardiovascular health in younger women with lupus. A double-blind placebo-controlled crossover trial was employed in this group of 13 volunteers. This experiment called for a higher dosage of 200 mg/day. The findings were decidedly disappointing. There was a meaningful decline in HDL (“good”) cholesterol levels and “a trend towards impairment of endothelial function” during the DHEA phase of the trial. In addition, there was no indication of objective improvements in lupus severity or skeletal health as assessed by the results of a Systemic Lupus Erythematosus Disease Activity Index and various blood tests. (6)

Another study, also published in June 2010, again tested 200 mg/day of DHEA or a placebo in 60 women with inactive lupus. The participants took their respective “medications” for 12 months and then continued to be monitored during a 6 month follow-up period. In this case, the authors of the trial evaluated whether or not DHEA could improve fatigue and mental well-being beyond that of a placebo. The conclusion of the study states that, “The trial does not indicate an effect of daily 200 mg oral DHEA on fatigue and well being, and therefore DHEA is not recommended”. (7)

DHEA May Benefit Bone Density in Women Only

The same sort of conflicting results can be found in larger population-based studies. Researchers from the University of Birmingham, UK recently looked for associations between DHEA concentrations and overall health and mortality rates in 4,255 “Vietnam era US army veterans”. In terms of mortality, they determined that higher DHEA levels were “negatively related to all-cause, all cancers, and other medical mortality”. In other words, those with higher DHEA were afforded a protective effect. A similar pattern was noted when the same investigators examined a proposed connection between DHEA concentrations and the incidence of metabolic syndrome. Once again, those with higher DHEA levels were found less likely to develop this form of “pre-diabetes” and “pre-heart disease”. (8,9)

While the previous findings are encouraging, a separate cohort study tempers them considerably. The Multiethnic Cohort Study set out to examine plasma hormone levels in ethnically-diverse, postmenopausal women living in both Hawaii and Los Angeles. Based on this “nested case-control study” a trend was found in terms of select hormone levels and breast cancer (BC) risk. Scientists from the University of Hawaii determined that higher DHEA, estrogen and testosterone concentrations were positively associated with BC. At the same time, higher concentrations of sex hormone binding globulin (SHBG) were negatively associated with BC risk. One of the first studies I mentioned today found that 50 mg/day of DHEA lead to exactly this type of hormonal pattern. That isn’t to say that postmenopausal women who supplement with DHEA will necessarily be at an increased risk of breast cancer. But I think it’s a possible red flag which requires consideration. (10)

Perhaps by now you can guess what my advice on DHEA supplementation is going to be. If not, here it is: The effects of DHEA therapy are very difficult to predict. This fact is made quite obvious by the conflicting study results. It’s also important to keep in mind that I haven’t even factored in differences between the sexes. It should come as no surprise that men react differently to DHEA than women. However, like women, the response to DHEA in men can similarly be influenced by age and other physiological factors. All of this is to say that it would be wise to consult with a well informed physician if you plan to use DHEA. Blood testing and follow-up examinations can make the difference between a potentially therapeutic hormone or a potentially dangerous dietary supplement. (11,12,13)