I was recently asked whether supplementing with calcium increases the risk of calcium deposits in coronary arteries. If the answer to this question is “yes”, then a good portion of modern society could be compromising its cardiovascular system in an attempt to ward off osteoporosis. In order to give an up-to-date and fully informed response to this inquiry I immersed myself in a number of medical studies that have explored this topic. 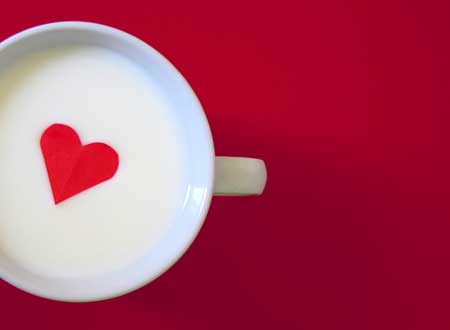 The June 14th issue of the journal Menopause provides the most current and thorough evaluation of the role that supplemental calcium plays in coronary calcification. A total of 754 middle-aged women were randomized into two groups. The first was asked to take 1,000 mg of calcium carbonate and 400 IUs of Vitamin D3 daily. The control group was given a placebo with no nutritive value. All of the women took part in imaging tests (cardiac CTs) at the end of the trial period which lasted approximately 7 years. The tests specifically assessed the degree of coronary artery calcium (CAC). The findings revealed that the CAC scores of those receiving added calcium + Vitamin D3 were slightly or non-significantly lower than those receiving a placebo. The concluding remarks of the study authors state that, “Treatment with moderate doses of calcium plus Vitamin D3 did not seem to alter coronary artery calcified plaque burden among postmenopausal women”. (1)

Three other relevant studies seem to support the above mentioned results. A Mayo Clinic trial published in December 2009 similarly found no difference in aortic valve and coronary artery calcification in senior women using calcium supplements over a 4 year follow up period. A Japanese cohort study from September 2008, involving 41,526 middle-aged men and women, determined that higher calcium intake actually reduced the risk of stroke and “was not significantly associated with risk of coronary heart disease”. Last, but not least, is an older trial that was published in 1998 in the journal Coronary Artery Disease. Researchers used electron beam computed tomography to assess calcium deposits in the arteries of 50 men and women. They also measured their plasma levels of calcium and Vitamin D. The results indicate that “Serum concentrations of calcium, 1,25(OH)2 Vitamin D and PTH (parathyroid hormone) were not correlated with coronary calcification”. (2,3,4)

The Effect of Supplemental Calcium on Arterial Calcification

Based on the information that’s presently available, it’s reasonable to assume that dietary and supplemental calcium does not promote calcification of the coronary arteries. That’s certainly comforting to know. But are there any natural means of potentially slowing the progression of calcium build-up in arterial plaque? Here’s what modern science has to say:

My initial reason for writing today’s column was to answer a specific question posed by a valued reader. But as you many of you now, I often times can’t help but add additional information into the mix. When I come across studies that show that drinking moderate to high amounts of coffee and maintaining optimal Vitamin C levels can reduce the risk of developing coronary calcium deposits, I feel compelled to let you know. The incredible truth is that there are countless scientific gems that are buried away in the medical literature. It’s like a tantalizing secret that’s begging to be told, and I consider it a distinct privilege to be able to have a forum to share my discoveries with you. (14,15)