When you think of the word ‘chemistry’ an image of a science lab filled with beakers, flasks and petri dishes probably comes to mind. But you don’t need a Ph.D., safety goggles or a white lab coat to apply the power of this science as it relates to food. There are already scientists hard at work doing research in the field of food chemistry. All we have to do is pay attention to the papers they publish in the medical literature. 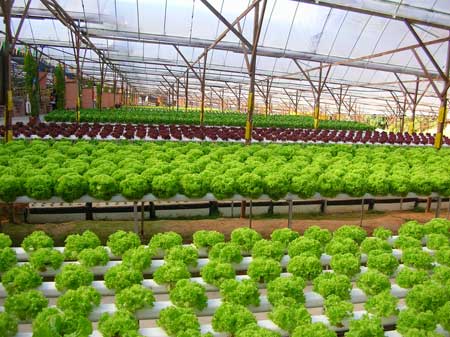 Most people understand that food selection is a major factor in how healthy a diet can be. Choosing to eat steamed asparagus spears rather than tempura fried asparagus makes all the difference. However, there other contributing factors as well, such as the concepts and techniques that can be applied in our very own gardens and kitchens.

Preserving the Healing Power of Broccoli – A soon to be published Australian study examined the effects of three different cooking methods (boiling, microwaving and steaming) on broccoli florets. Cruciferous vegetables such as broccoli are rich in select phytochemicals with diverse health benefits including chemopreventive properties. Steaming was determined the ideal cooking process as it preserved the greatest quantities of the therapeutic plant chemicals known as glucosinolates and sulforaphane. (1)

Basil Likes Water More Than Soil – Basil is widely believed to impart some of the health benefits commonly attributed to the Mediterranean diet. Now, Italian researchers have discovered that basil can be grown even more healthfully in a soil-less medium. It seems that hydroponic cultivation increases the levels of fat and water based antioxidants commonly found in basil including lipoic acid, phenols, rosmarinic acid, Vitamins C and E. (2)

Fresh Chicken Beats Frozen Chicken Every Time – Did you know that freezing does more than just preserve food? A new study published in the June 2010 issue of the journal Food Chemistry documents the chilling details. Long term frozen storage leads to oxidative damage to the naturally occurring fat and protein contained in chicken meat. This argues for the use of fresh chicken whenever possible. (3)

Grow Your Own Herbs But Eat Them Dry – Food scientists from the Dublin Institute of Technology, Ireland investigated the consequences of three different drying methods on the antioxidant content of six common herbs – basil, marjoram, oregano, rosemary, sage and thyme. Antioxidant capacity was assessed using two objective measures known as the ferric reducing antioxidant property (FRAP) and oxygen radical absorbance capacity (ORAC). Air-drying was found to be the most effective way of maintaining the health promoting properties in the herbs tested. In fact, air-dried herbs exhibited higher FRAP and ORAC scores than fresh herbs, freeze-dried herbs and vacuum oven-dried herbs. The researchers also noted that 60 days of storage didn’t adversely affect the antioxidant potential of the dried herbs. (4)

Sprouts Like Sea Water – Sprouting is an economical way to increase your intake of essential nutrients and protective phytochemicals. But how you feed your sprouts can influence how they feed you back. A group of Chinese scientists recently discovered that germinating radish sprouts in a salt solution effectively increased the levels of several cancer fighting phytochemicals. The authors of the experiment coined the process “salt stress” and state that it “could improve the nutritional value of radish sprouts, and germination of sprouts under adequate salt stress could be one useful way to enhance health-promoting compounds of plant food”. That’s one use of salt that even doctors can get behind! (5)

The kitchen is the cornerstone of health or lack there of in most households. But just like any other specialized field, optimal nutrition requires making well informed decisions. In order to do that we need to recall the wisdom of the ages and embrace the insights that modern science adds to the mix. Mankind has been around for far too long to disregard historical eating patterns. At the same time, this is a very different environment than our distant ancestors used to populate. That’s why I think we need to integrate the best of the past with the revelations of the present.