Every once in a while I stumble across a “Where are they now?” program on television – a show documenting the lives of famous figures long after the spotlight has left them behind. A similar analogy could be made in the field of medicine. Select foods, medical procedures and supplements are always the recipients of media attention, but typically, it doesn’t last for very long. Does this mean that they’re no longer noteworthy once the spotlight has left them behind? Not from my perspective. That’s why I think it’s so important to continually update the columns I’ve written in the past. 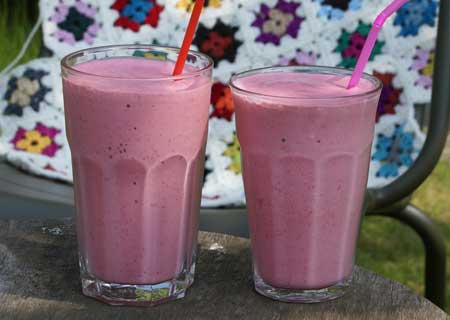 In February 2010 I covered the topic of natural remedies for dry eyes. Toward the end of that blog I mentioned the promise of sea buckthorn oil (SBO). However at that time the research available was highly preliminary. Now a new study in the Journal of Nutrition adds some substance to the case for using SBO in those with dry eye syndrome. A total of 86 adult men and women took part in this double-blind, randomized, parallel trial. The participants were given either 2,000 mg/day of SBO or a placebo for 3 months. Several improvements were noted in the subjects using SBO including an increase in tear film osmolarity and a reduction in burning and redness all of which “positively affected the dry eye symptoms”. (1)

A higher intake of dietary fiber may reduce the risk of cardiovascular disease (CHD). That was the conclusion of a piece I published in September 2009. New findings out of Osaka University Graduate School of Medicine build upon my previously documented evidence. A prospective Japanese study of over 58,000 men and women examined the impact of escalating fiber intake and the likelihood of heart disease-related mortality.

In August 2009, I focused on a growing concern in the senior population referred to as sarcopenia or age-related muscle loss. An integral part of any sarcopenia treatment protocol is to ensure adequate protein intake. The use of whey protein powder is a practical way of accomplishing this goal. But the question remains whether whey protein is truly a healthy alternative to whole food protein sources. The May 2010 issue of the journal Atherosclerosis investigated one aspect of this debate. In it, Australian researchers examined the short-term impact of supplementing with 45 grams of whey protein isolate, 45 grams of sodium caseinate (milk protein) or a placebo (dextrose) in a group of 20 overweight or obese, post-menopausal women. All of the participants ate a regular breakfast and supplemented with each of the three test products on separate occasions.

The conclusion of this pilot intervention determined that, “a single dose of whey protein can decrease arterial exposure to smaller TG-enriched lipoprotein particles compared to the glucose and casein meals”. This essentially means that whey protein appears to support heart health in the short term. Hopefully, future studies will establish the health effects of whey protein when given over a longer period of time in a wide range of populations. (3)

When I research the material for each blog I try to envision what the net effect will be. I did so this morning and I thought about all the people who use lubricating eye drops on a daily basis. How great would it be for them to take a health promoting supplement instead of relying on “artificial tears”? The fiber issue is one that is often brought up in the context of a low-fat diet. My opinion is that high fiber intake combined with a carb-restricted diet could be even more powerful. But regardless of which philosophy you ascribe to, there is little debate that high fiber intake equals a reduced risk of cardiovascular disease. Finally, I’m a big proponent of making good nutrition as easy as possible. Whey protein allows many people with hectic schedules or limited appetites to reach their protein requirements. However, safety has to take precedence over efficacy. Fortunately, it seems that this dairy-derived protein offers a safe way to support lean body mass.