The key to feeling more energetic and peaceful may be right in front of your face. Before you go crazy trying to figure it out – take a deep breath. Part of the solution is just breathing deeply. Now combine that action with essential oils derived from flowers and fruit rinds and you have a powerful natural remedy known as aromatherapy. My Healthy Monday tip of the week is to inhale your way to a better state of mind. 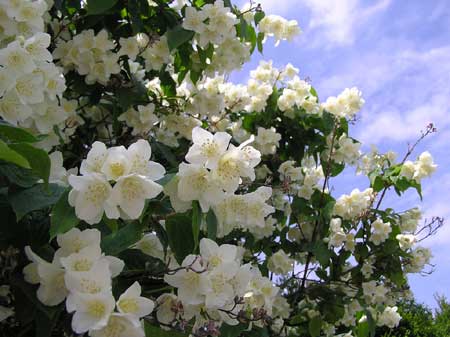 Over the years, many people have adopted the point of view that “real medicine” needs to be unpleasant in order to be effective. On a cursory level this makes perfect sense. Think of all the bitter pills and horrible tasting cough syrups we’ve all endured at one time or another. Even benign-tasting medications often take on negative connotations because of related side effects. It’s really no wonder why we feel the way we do. Fortunately, this preconception is not always accurate.

Stopping to “smell the roses” isn’t just a commentary about how mankind should slow down long enough to enjoy the simple pleasures of life. It also speaks to the sensory stimulation that floral scents confer. The July 2010 issue of the journal Phytomedicine is the most recent illustration of how aromas can directly impact behavior and mood. A group of Brazilian researchers evaluated the psychological effects of an essential oil component, linalool, in mice. Linalool is a volatile monoterpene that is present in many aromatic plant species including citrus fruits and lavender flowers. The mice that inhaled linalool demonstrated a reduction in aggression, anxiety and an increase in social interaction. A separate experiment from May 2010 similarly found “acute anxiolytic activity” of sweet orange essence in agitated rats. (1,2,3,4)

Scientific studies involving animals can yield valuable data. However, human studies are always preferable. Thankfully, there have been several studies of late that have explored the influence of aromatherapy in human subjects.

One trial even discovered positive effects of aromatherapy in elderly patients living with Alzheimer’s disease (AD). A combination of lemon and rosemary oil was provided to the study participants in the morning. An essential oil blend consisting of lavender and orange was administered in the evening. Over the course of 28 days, a crossover study was performed in 28 men and women, 17 of whom were diagnosed with AD. All of the study volunteers benefited from the aromatherapy care, but only the patients with AD found significant improvements in a few specific measures of cognitive performance: the Gottfries, Brane, Steen Scale and the Touch Panel-type Dementia Assessment Scale. No side effects were noted during the aromatherapy portion of the trial. (10)

You may have noticed that the majority of studies involving aromatherapy tend to evaluate its potential in promoting a more relaxed state of mind. But what about the energy boost I mentioned in the opening paragraph? It’s important to keep in mind that anything that helps you to feel more relaxed has the potential to provide you with more energy. Anxiety and stress are “energy vampires”. The less reactive you are to the stressors in your life, the more energy you’ll have to live life as you please. I like to think of energy levels as a bank account. If you spend less on feeling anxious and stressed out, you’ll have more energy funds to use for other activities.

That said, if you still require more energy then you might have, consider experimenting with jasmine oil. A current study examined the effects of topically applied jasmine oil in 40 healthy volunteers. Those receiving the jasmine therapy exhibited an increase in breathing rate, blood oxygen saturation and diastolic and systolic blood pressure. The men and women also reported feeling more alert and more vigorous on the emotional front. The authors of the experiment concluded that, “our results demonstrated the stimulating/activating effect of jasmine oil and provides evidence for its use in aromatherapy for the relief of depression and uplifting mood in humans”. (11)

There are a number of ways to administer aromatherapy in your daily life. You can find diffusers and inhalers at many health food stores and online. Some people prefer carrying a small bottle of essential oil in a backpack or purse instead. They simply add a drop or two to a tissue and inhale it whenever they feel the need. But before embarking on a serious trial using essential oils, you should first determine how they affect you as an individual. I think beginners should start by experimenting in a controlled and safe environment such as your home. The last thing you want is to feel too relaxed or too stimulated while driving, at school or at work. Please remember than any substance powerful enough to alter your mind-set needs to be treated respectfully.