There is an enormous gap between what we know and don’t know in the field of alternative and complementary medicine. Countless questions remain unanswered simply because there isn’t enough financing and resources to test in a scientific manner. That’s why it’s vitally important to put to use every last study that has been conducted. Because even the slightest of experiments can yield important clues that help bridge the knowledge gap. 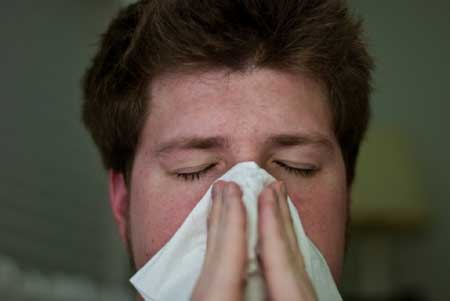 Vitamin D has become one of the most revered nutrients in modern medicine. In the past few months studies published in journals such the American Journal of Clinical Nutrition, Journal of the American Geriatrics Society and PLoS One have documented Vitamin D’s ability to reduce: a) the incidence of viral infections including influenza; b) the risk of developing type 2 diabetes; c) the likelihood of falls in older men and women which result in fractures and related complications. (1,2,3)

The current interest in Vitamin D is leading researchers to study the best way to administer it. The latest example can be found in the June 2010 issue of The Medical Journal of Australia. In it, a 90 day trial involving 59 Vitamin D deficient inpatients evaluated the efficacy and safety of two different forms of Vitamin D supplementation.

The findings of the trial indicate that both treatments resulted in comparable increases in Vitamin D status – 55 nmol/L (high-dose) vs. 51 nmol/L (low-dose). The safety of both treatment options was also considered equivalent. Therefore, this appears to be an instance where cost and personal preference may serve as deciding factors for both patients and physicians. (4)

A recent pilot study was presented at this year’s annual meeting of the American Society of Clinical Oncology. The subject matter dealt with hot flashes that up 40% of breast cancer survivors experience. Specifically, researchers from Virginia Commonwealth University examined the applicability of magnesium supplements in this patient population. Over the course of 5 weeks, 29 breast cancer survivors who experienced at least 14 hot flashes per week were given 250 – 500 mg of magnesium oxide daily. The majority of the women (56%) found a >50% or greater reduction in their “hot flash score”. The overall conclusion was that 76% of the female participants reported a >25% decline in hot flash frequency and severity. The authors of this preliminary study stated that “Side effects and cost ($0.02/tablet) were minimal”. It’s also reassuring to know that a bigger, randomized, placebo-controlled trial is currently in the works that hopes to establish exactly how magnesium diminishes hot flashes. (5)

The nutritional field is fraught with conflicting advice and information about weight loss strategies. Some experts recommend that you count calories and stick to a daily caloric limit. Others want you to restrict specific dietary components such as fat and refined carbohydrates. But regardless of which approach you ultimately take, it’s probably best that you emphasize optimal protein intake as part of your game plan.

A new 12 month trial from the Department of Internal Medicine at the University of Ulm, Germany tested the relative merits of two different types of weight loss diets. Both of the diet regimens required study volunteers to eat 500 fewer calories per day than normal. However, one of the two diets assigned a higher protein intake of 1.34 grams per kilogram of body weight. This was deemed the “high-protein diet”. Option number two, the “conventional-protein diet” required protein consumption of about .8 grams per kilogram of body weight. At the end of the one year intervention, subjects following the higher protein diet had lost more fat mass and body weight than the conventional diet group. In addition, 64.5% of the high-protein volunteers exhibited improvements in criteria relating to metabolic syndrome. Only 34.8% of the conventional dieters showed the same improvements in blood sugar control and cardiovascular health markers. In the summary of the trial, the authors reveal that high protein, “nutrient-dense meal replacements” were used as part of the study protocol. This reveals yet another useful tool for dieters who wish to incorporate these protein-based supplements in weight loss programs. (6)

More often than not, major revelations in medicine and nutrition are overstated. How many times have you heard of a new cancer cure or weight loss miracle that ends up falling short? In my lifetime I’ve seen this over and over again with decidedly predictable outcomes. The somber truth is that major breakthroughs in health and science are few and far between. That’s why it’s important to remember that combating disease and maintaining wellness is a marathon not a sprint. This is precisely why we need to keep track of the details contained in preliminary experiments and studies. They’re much like tiny pieces of a gigantic jigsaw puzzle. As the individual slots are filled, the big picture begins to take form. These facts and figures may not always make headlines but they can change lives if acknowledged and judiciously applied.