What is the one thing that attracts and repels people and situations into your life? To my mind, it’s how you view the world. It’s absolutely vital to understand how you really feel about the important issues of life. But from that point on, the decisions you make become even more interesting. Will you choose to surround yourself with people and places that wholeheartedly agree with your outlook? Or, will you invite in other points of view that challenge your philosophical notions? From my perspective, the latter and more difficult of the two options is probably the better way to go. Maybe that’s why I like Twitter so much. 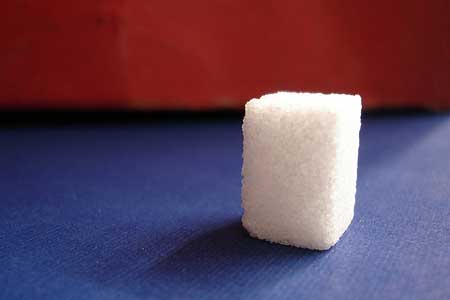 This week I’d like to introduce you to a new resource on Twitter and the world wide web. Healthialist.com is an up-and-coming website that is the brain child of Dmitry and Marianna Rakovitsky, Rph, CGP. Marianna is a consultant and pharmacist with over 18 years of experience in the health care field. The objective of her tweets and site is to answer general questions involving medications. The best part of all is that she’s offering this service for free! Recently, Marianna posted a message that lists a number of prescription drugs that can sensitize skin to potentially damaging ultraviolet radiation. Among the medications listed were select: antibiotics (Cipro, Noroxin); antipsychotics (Prolixin, Thorazine) and diuretics (Corzide, Lozol). In order to reduce the risk of sun damage, Healthialist recommends avoiding prolonged sun exposure and the application of sunscreens that feature zinc oxide. I would also add that an antioxidant-rich diet and/or supplements, such as those containing carotenoids and a specific probiotic (Lactobacillus johnsonii) may also reduce “early UV-induced skin damage caused by simulated or natural sun exposure”. The latter recommendation is based on a newly published study involving 139 women that appears in the June 2010 issue of the British Journal of Dermatology. (1,2,3)

One of the reasons I follow Dr. Michael Eades on Twitter is because he seems to have a knack for finding obscure studies that need to see “the light of day”. A current example is a tweet in which he reports that eating a diet rich in saturated fat does not promote inflammation or oxidative stress. In real world terms, this is relevant because elevated inflammatory markers and oxidative damage are both believed to contribute to cardiovascular disease risk. I understand if this doesn’t sound very exciting on the face of it. Here’s why I disagree: According to many nutritionists and physicians, saturated fat is a big time villain in the food chain – especially with respect to heart disease. But what if these mainstream authorities are incorrect and have been wrong for the past several decades? I find that hypothesis rather compelling.

The 12 week study in question enrolled 417 volunteers with metabolic syndrome – a precursor to both diabetes and heart disease. Four different diets were given to the participants: 1) a high saturated-fat diet (38% fat); 2) a high monounsaturated-fat diet (38% fat); 3) a low-fat high-complex carbohydrate diet with added omega-3 fatty acids; 4) a low-fat high-complex carbohydrate diet without added fat of any kind. Various measures of inflammation and oxidative stress were taken at baseline and at the completion of the trial. No differences were detected based on any of the dietary interventions. In addition, a separate study recently published in the American Journal of Clinical Nutrition found that higher intakes of milk fat, which contains a high percentage of saturated fat, may actually lower the risk of first-time heart attacks in both men and women. (4,5,6)

The Link Between Artificial Sweetener Availability and Weight Gain Trends

In the coming years there may be a shift in the scientific consensus relating to saturated fat. This is great news for those who enjoy cream, eggs and steak. However, I can’t foresee any such luck for sugar lovers. Eating large quantities of sugar is and always has been bad news for the human body. If you’re looking for a few suggestions about how to break your own sugar dependence, you might consider the following recommendations by Dr. Jonny Bowden:

I’m very grateful to find so many wonderful, health-related resources on Twitter and beyond. But every once in awhile I feel the need to offer up the following disclaimer: The ‘net provides an abundant source of topical health care information. Sometimes you can even find data online of which your treating physicians are unaware. However, it needs to be applied in a proper context. This means that you should never rely solely on my information or that of Healthialist or Drs. Bowden or Eades to inform your personal health care decisions. Instead, consider sharing what you learn here with your physicians. This will allow you the best of both worlds.