There are few things in life that are more difficult than being in constant pain or seeing someone you love in the same predicament. Chronic pain related conditions are notoriously difficult to manage in the long term without accompanying side effects from the treatments themselves. But what can one do? You either live with the pain and forego conventional therapies or you take the best pharmacological and surgical advice your doctors have to offer. The latter is what most people settle on and it’s completely understandable. However, there are also natural pain relieving options available. My Healthy Monday tip is that patients and physicians consider adding alternative and complementary techniques to their list of viable interventions. 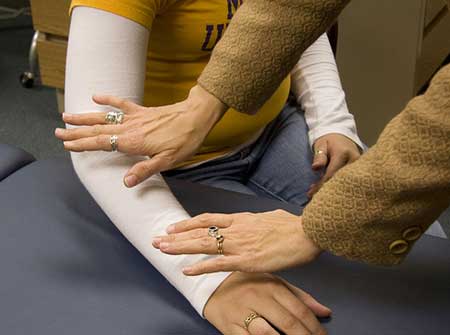 One of the most popular columns I’ve written deals with the topic of krill oil. Antarctic krill (Euphausia superba) are marine crustaceans with a prawn-like appearance. They’re prized for their unique lipid composition which features a mixture of astaxanthin (an antioxidant carotenoid), omega-3 fatty acids (DHA and EPA) and phospholipids such as choline. A new study presented in the journal BMC Musculoskeletal Disorders reports that mice with an experimental form of rheumatoid arthritis may benefit from the inclusion of krill oil in their diets. Arthritis scores and swelling were reduced to a greater degree in mice that consumed krill oil as opposed to fish oil or a placebo. The authors of the trial concluded that, “In the present study, krill oil was able to reduce the severity of arthritis by about 50%”. (1)

The omega-3 content of krill oil was likely responsible for at least some of the benefits found in the previously mentioned study. However, the issue of fatty acids extends beyond this limited scope. This is illustrated in the June 2010 edition of Pain Medicine which describes yet another connection between fatty acids and pain. A total of 20 patients with Complex Regional Pain Syndrome (CRPS) and 15 patients who were pain-free had their blood analyzed for fatty acid levels. The patients with CRPS exhibited elevated levels of omega-6 fatty acids and trans-fats. Furthermore, the levels of trans fatty acids were “positively correlated with pain-related disability and anxiety”. It should be noted that omega-6 fatty acids are commonly found in vegetable oils. Trans fats are present in margarine and many processed foods that contain hydrogenated and partially-hydrogenated fats. This preliminary investigation suggests that people living with chronic pain should consider an oil change. (2)

This next section may require some of you to suspend your disbelief. Holistic modalities such as guided imagery and Therapeutic Touch often illicit eye-rolling, scoffing and other skeptical reactions. All I ask is that you consider what I’m presenting in the same way as did the physicians that “peer-reviewed” this data prior to authorizing its publication.

Glucosamine vs. Placebo in Patients with Chronic Low Back Pain

Unfortunately, not all studies involving natural remedies yield such promising results. A newly published study in the Journal of the American Medical Association describes a disappointing trial that used glucosamine sulfate in patients with “chronic low back pain (LBP) with degenerative lumbar osteoarthritis (OA)”. This is a major let down because glucosamine is probably the best known nutritional supplement for OA. The dosage of glucosamine used in the study was acceptable – 1,500 mg/day. The length of the trial was adequate – 1 year. However, the findings just weren’t that impressive. Only minor, non-significant improvements in pain and quality of life measures were detected in the glucosamine group vs. the placebo group. (5)

Poor results are a fact of life in medical research. This applies to the allopathic and natural health sectors of medicine. But just because one remedy isn’t successful doesn’t mean that there aren’t other safe options available. A group of researchers from Oklahoma State University provide a perfect example of this truism. A pilot study involving 27 men and women with low back pain were prescribed specific mattresses based on their “dominant sleeping positions”. The hypothesis was that improper sleeping positions were contributing to the pain experienced by the test subjects. Over the course of 12 weeks, the OSU researchers monitored symptom severity in all the study participants. A comparison of test scores from the beginning and end of the trial revealed that individually prescribed beds using “medium-firm mattresses specifically layered with foam and latex” reduced back pain, stiffness and the number of days per week of poor sleep and subsequent discomfort. (6)

One of my primary goals is to present as many evidence-based, non-toxic treatment options as possible on this site. I’m fully aware that not every one of them will appeal to all of my readers and their family and friends. In fact, I can very easily relate to that point of view. I am just as happy if you find pain relief from guided imagery rather than krill oil or Therapeutic Touch as opposed to a new mattress. As long as you’re comfortable with it and it works in a safe manner, I’m all for it.